The People vs. The Banks & Russell Brand's Botched "Revolution" Debate

Laurence Easeman is a long time researcher, filmmaker and anti-usury social justice campaigner. He is an activist for Monetary Reform and Land Reform through the abolition of Usury, the creation of Interest-Free Credit and a contemporary system of Tribal Anarchy. At the core of Laurence's work is a struggle against the cabal of Private International Bankers that have a monopoly over our money supply. He believes that if we are to experience any real sense of freedom then we must find solutions to that monopoly, because banking is nothing more than institutionalized usury. We begin by discussing Laurence’s timeline and how he became interested in understanding the hidden mechanisms of banking and money. He describes how once he uncovered the truth behind the fraudulent mortgage industry, a mega-scam essential to the enslavement of the Western population. He decided to test his personal power and challenge an eviction notice issued by the bank carrying his home mortgage, bringing him considerable media attention. Laurence explains how at this time he was inspired by the Dennis Wise documentary The Greatest Story Never Told, which led him to produce the now viral YouTube video entitled The People vs. The Banks. Then, Laurence discusses his recent appearance in the headlines when a smear campaign was launched against him following a botched panel discussion with Russell Brand. Later, Laurence shares his views on what he calls “Revolution Light,” a trap of the Marxists that is restraining the people from forming any true sense of a revolution because any form of openly questioning the constructs and speaking out is so quickly demonized. We wrap up with Laurence sharing some thoughts on the global elitists’ agenda of pushing mass immigration to a crisis point, causing the destabilization of the west and the breeding out of native European peoples.

thepeoplevsthebanks.co.uk
Laurence on Facebook
Laurence on Twitter
Laurence Easeman Press Statement
Russell Brand cancels his book launch debate due to concerns about the make up of the panel
Laurence Easeman, the activist in Brand row: "I was smeared"
Londoners Diary: Speccie critic stalks out over new arts editor
Russell Brand's 'Revolution' Book Launch Event Cancelled Due to Censorious Leftist's Fears
Richard Nikolaus von Coudenhove-Kalergi
The Coudenhove – Kalergi project. The genocide of people of Europe
The Racist and Supremacist Roots of the Ideology behind the European Union
Barbara Lerner Spectre calls for destruction of Christian European ethnic societies 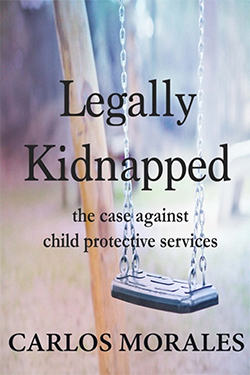