The Primacy of Consciousness & The Global Brain

Nov 27, 2008
At Cambridge University (UK), Peter Russell studied mathematics and theoretical physics. Then, as he became increasingly fascinated by the mysteries of the human mind he changed to experimental psychology. Pursuing this interest, he traveled to India to study meditation and eastern philosophy, and on his return took up the first research post ever offered in Britain on the psychology of meditation. In the mid-seventies Peter Russell joined forces with Tony Buzan and helped teach "Mind Maps" and learning methods to a variety of international organizations and educational institutions. His principal interest is the deeper, spiritual significance of the times we are passing through. He has written several books in this area. For the first hour of this program, Peter Russell discusses the nature of primacy and consciousness as we explore concepts from his books, "From Science to God: A Physicist's Journey into the Mystery of Consciousness". Peter Russell blends physics, psychology, and philosophy, which leads us to a new worldview in which consciousness is as fundamental to the cosmos as space, time, and matter. Russell arrives at a universe similar to that described by many mystics -- one in which science and spirit no longer conflict. In the second hour, we talk about Russell’s book "The Global Brain", building on Lovelock's Gaia hypothesis, he talks about how our global linking may be leading us toward an evolutionary breakthrough. We also discuss, technology, the Internet, the birth of the matrix, illusions, how to stay present and much more. 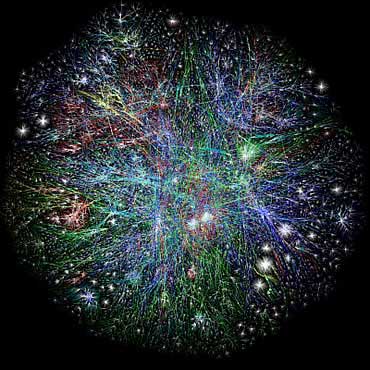 The Primacy of Consciousness Excerpts

Omega - A White Hole in Time

The Primacy of Consciousness

Mind at Light Speed - A New Kind of Intelligence

Scientists: Humans and machines will merge in future

From Science to God 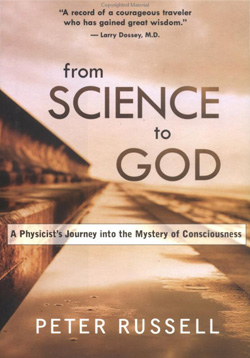