The Real Story of South Africa

Karin Ann Smith is an expat South African living in Texas. She studied Nursing at Grey's Hospital in Pietermaritzburg and worked in the Casino industry and for the biggest supermarket chain in South Africa, both upper management positions dealing with the Unions. She has been an activist calling for world attention to the genocide of the Boer people in South Africa for at least 10 years. Her family fled the civil war in Rhodesia (now Zimbabwe) and eventually settled as farmers in South Africa, where her family of 5 siblings and both parents have suffered attacks by AK47 wielding gangs twice in the last 3 years, resulting in the death of her father last September. Karin talks about the history of South Africa during the days of the Dutch East India Company when the Cape of Good Hope was developed. She explains the early clash of the nomadic Boors and the African Zulu Nation along with the British colonization of the mineral rich region. We discuss the 1948 establishment of the Republic of South Africa by the National party, when apartheid laws were instituted as a way to maintain the peace between the minority White Afrikaners, the ruling Boers and warring indigenous Black tribes. Karin explains the political interests of the African National Congress (ANC) and underscores the track records of its communist faction, Joe Slovo, and the founder of the Armed Wing, Nelson Mandela. She also gives details related to the slow decline and decimation of the once predominately White South Africa, where taxpayer dollars cannot support the globalist takeover of a country lacking viable commerce from its majority population. Karin highlights some of the post-apartheid sanctions instituted by the ANC, along with the bigger picture of hatred towards Whites that has been stirred up by the ANC and their allies, the Economic Freedom Fighters (EFF), led by Julius Malema. We consider the unique situation of present-day South Africa, where the reality of its brutally anti-White environment is strangely left out of any mainstream global report. We discuss the dire circumstances of Afrikaner squatter camps and government edicts that keep White citizens jobless, uneducated, and under the constant threat of illness and violent crimes against them. 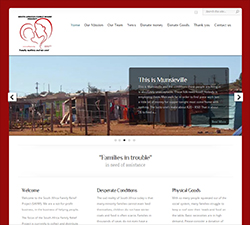