The Resonance Project & The Holofractal Theory

Jun 15, 2008
Hassim Haramein was born in Geneva, Switzerland in 1962. Nassim has spent most of his life researching the fundamental geometry of hyperspace, studying a variety of fields from theoretical physics, cosmology, quantum mechanics, biology and chemistry to anthropology and ancient civilizations. Combining this knowledge with a keen observation of the behavior of nature, he discovered a specific geometric array that he found to be fundamental to creation, and the foundation for his Unified Field Theory emerged. In the past 20 years, Mr. Haramein has directed research teams of physicists, electrical engineers, mathematicians and other scientists. He has founded a non-profit organization, the Resonance Project Foundation, where, as the Director of Research, he continues exploring unification principles and their implications in our world today. For the first hour of this program, Nassim discusses his theory on the Holofractographic Universe and the Grand Unified Field Theory. This unification theory, known as the Haramein-Rauscher metric is a new solution to Einstein's Field Equations that incorporates torque and Coriolis effects. More Topics Discussed: The Resonance Project, Einstein's field equation, geometry, fractal systems, the structure of vacuum, cycle rate of the universe, quantum mechanics, entropy & centropy, free energy, The Holographic Universe, the role of consciousness, mankind as a result of the universe, the origin of spin and much more. For our memerbs interview, Nassim talks about the Holofractal Theory. YOU are the center of the Universe. We discuss the expanding and contracting universe. What is Gravity? We also discuss particle physics, the work at CERN and infinity. We end by connecting his concepts with ancient texts and the Mayan Calendar. Topics Discussed: the role of consciousness in quantum theory, the center of the universe, the power and origin of spin, speed of light, strong force, The Holographic Universe, the Mayan Calendar, crop circles and 2012. 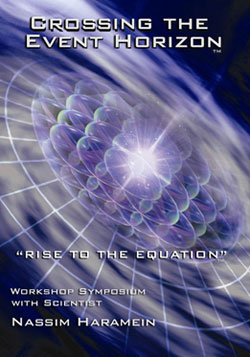