The Return of Odysseus

Dec 21, 2015
Mike Walker is an author and poet who is the former editor of the “The Scorpion,” a renowned British new right magazine. He has written three plays: “King,” “Hitler’s Temptation,” and the newly published, “The Return of Odysseus.” Walker’s verse has appeared in a variety of publications and he has spoken publicly on literary and political themes.

Mike is with us to impart his motivations for writing “The Return of Odysseus,” an adaptation of Homer’s deeply symbolic, mythological tale of the long-lost King of Ithaca, Odysseus, and the return to his homeland. We discuss the ages-old theme of a king coming home and inspiring a civilization to ascend from a state of decay into nirvana or a golden age, and we look at the vital aspect of culture, expressed through art, music, and literature, in affecting political change. Mike tells how the story of Odysseus, who is thwarted by the gods and lost at sea while Ithaca’s civilization deteriorates, connects to man’s esoteric voyage into his own soul. We consider the archetypal forces of “good” vs. “evil” and how classic Greek mythology speaks to the psyche of Europeans today more than ever as their nation states are being flooded to the point of cultural oblivion. We explore how lacking a righteous leader while being tricked into believing that democracy exists within a crooked establishment leads man to fear authority. We also delve into the power and advantage that culture holds over any rigid political movement in that emotionally engaging material can produce a more multi-layered understanding of the challenges we are faced with.

In the members’ hour, we take stock of the general lack of art from the nationalist movements. We talk about how the established cultural framework has been shaped through the liberal agenda to create a mass obsessed with the satisfaction of carnal desires. Mike relates this soullessness to ugly modern architecture, and we look at how the inversion of natural order and true beauty keeps the mindless consumer from realizing the magnitude of man’s impact on Earth. In closing, Mike gives words of advice and encouragement for artists, writers and visionaries who are inspired to help overturn the hostile power elite, accentuating the key element of consistently working with the intuition. 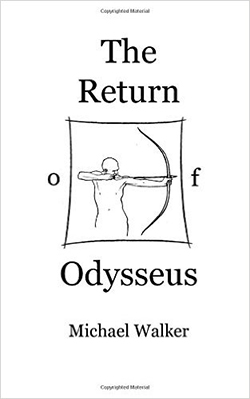