The Rise of European Advocacy & Trump

Jared Taylor is an American journalist, editor of the webzine American Renaissance and president of New Century Foundation organization, both dedicated to the study of immigration and race relations. Mr. Taylor is the author of several books and scholarly papers, including Paved with Good Intentions and White Identity: Racial Consciousness for the 21st Century.

Jared begins by talking about his recent debate at Kentucky State University with political science professor Dr. Wilfred Reilly, where the great advantage of racial diversity in America was disputed. Jared touches on the media flurry he’s enjoyed as Trump bashers attempt to pin the presidential hopeful to a ‘hate monger,’ and we look at the mainstream silence that characteristically surrounds any reporting on the extent of interracial crime. We weigh up the monumental opportunity for highlighting this hypocrisy that the now delayed trial of Dylann Roof offers if he’s allowed to take the stand and present an explanation for his motives. Then, Jared details the upcoming American Renaissance Conference slated for May 20-22 at Montgomery Bell State Park in Burns, Tennessee. He gives the history of the event that has seen over two decades of significant growth, and talks about the lineup, which includes presentations from Peter Brimelow, Fernando Cortéz, Filip Dewinter, James Edwards, Ruuben Kaalep, RamZPaul, Dan Roodt, Anke Van dermeersch, Sam Dickson, and a special video premier from Uncuck the Right. Hour one concludes with an assessment of Trump’s unapologetic ‘America first’ stance and his savvy appeal to nationalism.

In our member segment, we dig deeper into Trump’s pioneering efforts to address shoddy US borders and the perils of illegal immigration. Jared speaks to the direct expression of national racial chauvinism being displayed by Mexican protesters at Trump rallies, and we look at the shattered financial state and festering cultural warzone coloring America’s southern territories. We consider why Trump has led the pack amongst the most culturally diverse states, and what Sanders’ flawed rhetoric on the beauties of socialism has to say about the naivety of the liberal mindset. Taylor emphasizes the Scandinavian model’s main ingredient of ethnic homogeneity and how the strategy will never work for America as long as the war mongering administration continues to deliver democracy in the form of bombs to the Middle East. We also touch on Hillary Clinton’s role in the utterly deplorable US foreign policy moves that have ripped apart Syria and resulted in the refugee explosion. Then, Jared summarizes some of the main points that are addressed in the 3rd edition of The Color of Crime, which breaks down the seldom reported Hispanic/Black/White/Asian statistical comparisons of the nature of crime in the US. We end on the concept of White privilege and the idea of race as a social construct. 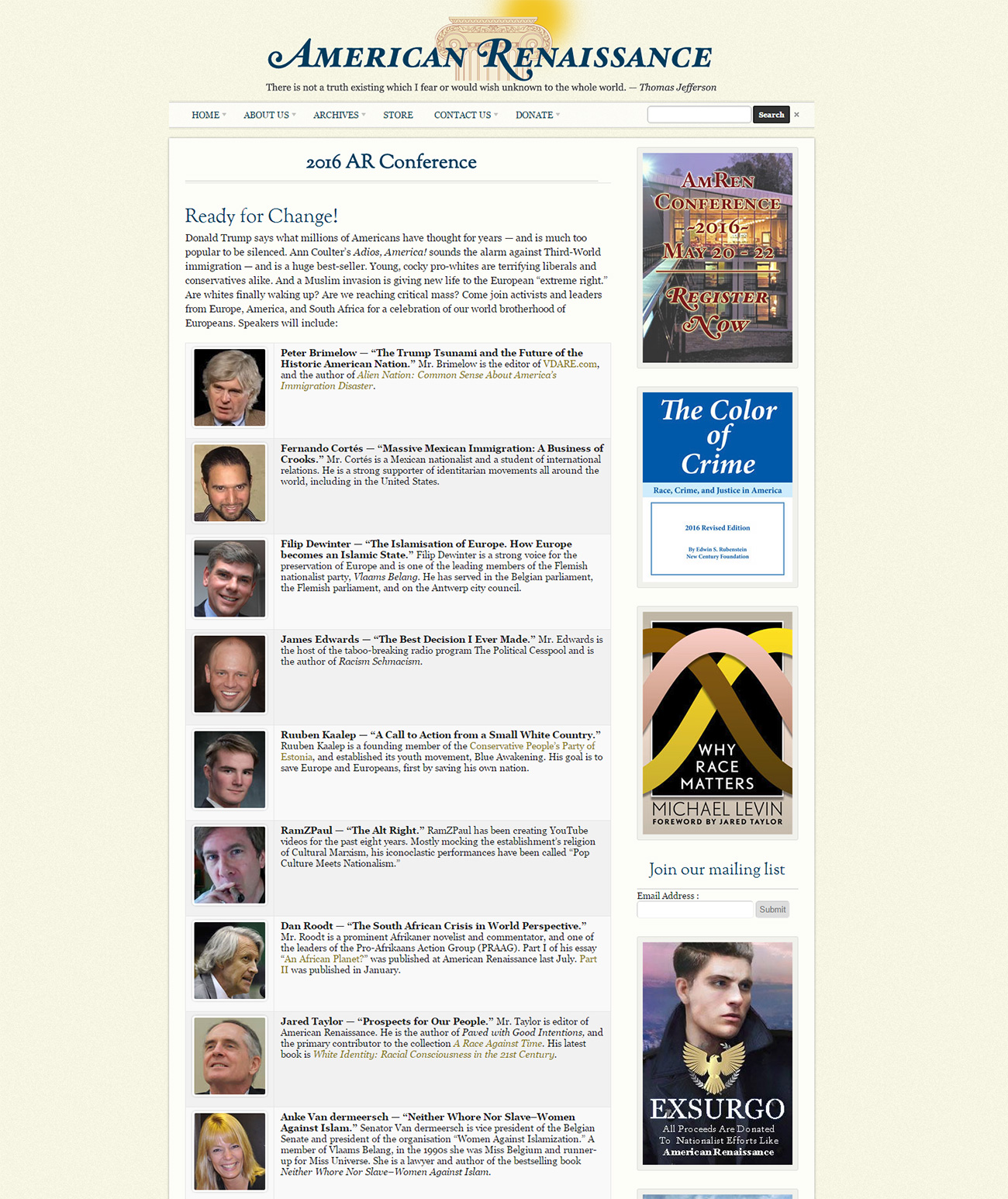