Sep 20, 2012
Sterling Seagrave grew up on the China-Burma border, fifth generation of an American family of medical missionaries and teachers working in Burma since 1832. Sterling was educated in Burma, India, and America. After four years as a reporter, writer, and assistant foreign news editor for The Washington Post, he spent ten years in Asia as a freelance journalist contributing to Life, Time, Esquire, Atlantic, Smithsonian, GEO, Readers Digest, and Far Eastern Economic Review. He, with his wife, authored several books. In the first hour we’ll discuss Asia’s secret history, uncovering bad behavior of powerful families. Sterling covers the Marcos, Soong and Yamato dynasties. In the second hour, Sterling talks about his book Gold Warriors, a close look at how Japan systematically looted Asia, and what happened to the plundered treasure after 1945 when it was secretly recovered by Washington and used as a global slush fund.

Gold Warriors: America's Secret Recovery of Yamashita's Gold
3 CD Rom set Gold Warriors
Soong Dynasty
Dragon Lady: The Life and Legend of the Last Empress of China
Lords of the Rim 2010: The Invisible Empire of the Overseas Chinese
Lords of the Rim
The Yamato Dynasty: The Secret History of Japan's Imperial Family
The Marcos Dynasty 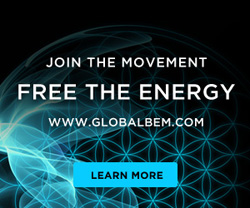