The Stolen History of Romania: Dacia-Geate-Thracians

Feb 2, 2015
Octavian Grindean is a native Romanian who has been living in Sweden since 1989. Dealing with the challenges of leaving his homeland at the young age of 13, paired with an innate fascination with old history and mythology, Octavian had an early urge to know more about cultural differences between the east vs. the west. After awakening to the truth seeking path in 2004 and following a trip to Romania a few years later where he connected with his ancestors and history, Octavian set out on an intensive research on the subject of our identity, the identity crises that have arisen in many European countries, and the strong impact on the psyche that occurs when humans feel like they don’t belong anywhere. Octavian speaks about the lost history of Romania, one that does not have a lot of written detail prior to the Daco-Roman Wars and has been skewed since the Communist era. He tells about the rich and complex Dacian civilization, with roots steeped in advanced technology, agriculture and craftsmanship, and inhabited by a multitude of tribes extending throughout a vast territory. Octavian explains some of the ridiculous claims and conflicting accounts of the accepted history of the Romanization of Dacia. Then, he talks about the magnificent site of Sarmizegetuza Regia, the most important religious and spiritual capital of the Geto-Dacians, consisting of an enormous complex of at least 250 terraces, legends of an underground city, and a disputed, censored history. In the members’ hour, we discuss connections to the origins of current day issues of cultural erosion. Then, Octavian recounts some of the history behind Romania’s Roșia Montană, home of the most controversial mining project in the world and a fascinating gold chronicle. Later, we talk about the story of Vlad, a charismatic leader who overpowered the invading Ottoman Empire and whose true legend has been bashed out of existence by Hollywood’s Dracula and vampires. We wrap up with a look at Romania’s Christianization in the 3rd century and the Dacians’ refusal to recognize the Vatican. 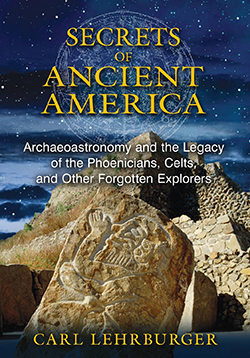