The Suppressed Conversation About Race

Mar 11, 2015
Jared Taylor is an American journalist, editor of the webzine American Renaissance and president of New Century Foundation organization, both dedicated to the study of immigration and race relations. Mr. Taylor is the author of several books and scholarly papers, including Paved with Good Intentions and White Identity: Racial Consciousness for the 21st Century. Mr. Taylor is with us to make a contribution to the extremely one-sided debate of racial equality and the delegitimization of race, human biodiversity and kinship. We begin by considering why people are so afraid of discussing race and why Whites are forbidden to organize, promote and advocate for their racial group. We discuss the established system that is designed to create hatred and distrust amongst Whites and non-whites. We consider the tremendous double standards of being branded as a racist or supremacist, the multicultural experiment, and the global history of warfare and genocide. Further, we get into White privilege, the lack of will of whites to assert their rights as a sovereign majority, and the idea that preserving race and cultural traditions is akin to cultural imperialism. In the second half, Jared speaks about the history of slavery and the notion that it is a unique sin committed by the White man. Moving on, Jared shares his interpretation of what happened in Ferguson and analyzes the propaganda machine’s role in perpetuating the acceptance of White wickedness. Further, we speak about the changing demographic landscape of America and Europe and the west’s celebration of diversity in the name of displacement and destructiveness. We end with thoughts about Whites waking up and realizing what is genuinely at stake, and the real consequences of involuntary racial integration.

amren.com
nc-f.org
The Color of Crime
American Renaissance on Youtube

Winglord - Overture to the Fall 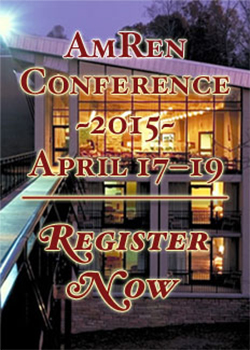