Jan 2, 2015
Fredrik Andersson is the founder and writer of the Swedish Surveyor blog, a forum for scrutinizing the politically correct madness for the masses in Sweden. He has lived abroad and has resided in Sweden since adolescence, where he has witnessed the massive transformation the country has been going through over the past 30 years. Upon waking up to the radical ostracization of the Sweden democrats and numerous controversial and political issues in Sweden, Fredrik changed his views about the country and set out to expose politicians and other public figures in Sweden through his blog. Fredrik joins us today to speak about some of the most troubling issues in Sweden. We begin with a look at the population replacement level of immigration occurring, the ethnocentrically charged environment triggered by those seeking asylum in the country, and the ethnic identification that is being bred out of the native Swede. Fredrik points out how integration has failed and the culture has been eroded due to the double standards of the government. We discuss how it has become acceptable to hate the Swedish Democrats, who are often accused of being Nazis, racists, Islamophobes, Fascists, etc. Then, we consider the migration industry, the money involved, and who is profiting. In the second hour, Fredrik explains the recent amendment of the Swedish constitution that allows the censorship and suppression of publically expressed opinions on the internet. Further, we talk about the rape epidemic and the rise in violent crimes that are occurring in asylum homes and nearby communities. Later, we analyze the identity crisis of many European countries and the more radical form of Islam that is widely taking hold. In the end, we talk about ISIS sleeper cells arriving as refugees, the reason why Sweden is the country in the EU with the most Jihadists per capita, and the generous welfare benefits immigrants receive. We close with some thoughts on the EU’s hidden agenda and the rise of Nationalist parties in Europe. 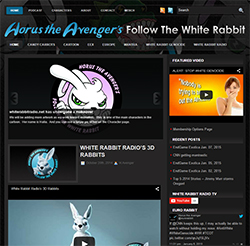