The Theban Priesthood, Adam & Eve's Bloodline Priesthood of the Nazarenes, The Nazis & Zionists

Dec 5, 2010
Pierre Sabak is the author of "The Murder of Reality - Hidden Symbolism of the Dragon", the first in a series of books called "Serpentigena." Pierre was first with us in October, he is back on the program to continue to discuss and outline his etymological studies focusing on illuminotics. In this program we discuss the Theban Priesthood, the Nephilim and the bloodline of Adam and Eve and the connection to Orion and the Pleadies. Pierre describes the angelic wars and discuss the conflict between the Pleiades (human contingent) and Sirius (fish deities). We also talk about the Nazarenes, the Nazir priesthood, Nazi's, NASA, Aryans and Zionists in our second hour. Topics discussed: division within the priesthood, the Theban priesthood, Pleiades, Orion, bloodline of Adam and Eve, Book of Enoch, Annaki, Titan, Uranus, Erin, Arion, Bipartisan System, ruling through division, Shatani, Human-Angelic bloodline, dialectic, Thebes, Adam ?admon, West Pleadies and East Orion, Serpent, Mars, stone, fountain, Bull, Zeus, Seminary, Moon, Sin and more. In our second hour we discuss the Judaic Roman priesthood of the Nazarenes and the links to the Nazis. This might sounds very strange on the surface if you're not familiar with the research. We make some interesting connections between the Nazarite's or the Nazir priesthood and the more modern Nazi's to show that not only in name are they closely related but also in behavior or action. We discuss Zionism, Aryans, the connection to Mars, ritual sacrifice or origin of the idea of a holocaust. We also talk about the symbolism of the Swastika, NASA, Golgotha, skull symbolism and much more. Topics discussed: Aryan, Mars, Nazi Brotherhood, Nazir Priesthood, fish symbolism, rebirth, Niddah, dragon, blood drinking, skull, Golgotha, Aryan, fair skinned, shining ones, Ashur, NASA, Zionism, Mossad, Masada, Mazda, ritual sacrifice, John the Baptist, Baphomet, The symbolism of the Swastika and more.

Taliban and the Theban priesthood

Dragons came down to Earth from Sirius to share their wisdom with humans, myths say

The Murder of Reality - Hidden Symbolism of the Dragon

Hidden Symbolism of the Dragon 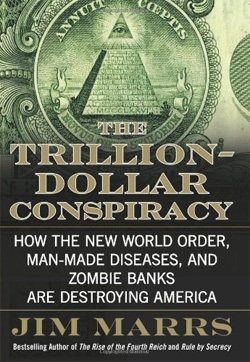