The Urantia Book & The Rebellion of Lucifer

Jan 10, 2013
Byron Belitsos is an award-winning publisher who has been editor of many acclaimed books. He is a long-time student of The Urantia Book and co-author of The Adventure of Being Human: Lessons on Soulful Living from the Heart of the Urantia Revelation. Byron will summarize the main cosmology presented in The Urantia Book, first published by Urantia Foundation in 1955, claiming to have been presented by celestial beings as a revelation to our planet, Urantia. We’ll discuss the book’s teachings on pre-history going back 500,000 years and the destiny of humanity. In the first hour, Byron tells us about the Urantia Book’s teachings concerning the angelic hierarchy, the Lucifer Rebellion and a new celestial initiative that is called "the Correcting Time," which refers to the new supplemental teachings by the same celestial beings who authored the Urantia Book. In the second hour, we’ll continue on in this discussion of the planetary rebellion and the Correcting Time. Byron explains the rebellion of Lucifer and how the descendents of the indigenous beings on Earth carried on his traditions right up to the present day in the form of the plans of the "elite cabal." We’ll talk about how Urantia or Earth is a rare planet among inhabited planets in the universe because its angelic hierarchy went over to the "dark side." Later, we talk about the turnaround time of the correcting period and celestial help now being offered through new transmissions, such as the advanced spiritual teachings offered in his newest book. Also, we cover the afterlife according to The Urantia book.

evolving-souls.org
originpress.org
The Urantia Book
Urantia Foundation
William S. Sadler
Dilmun
Lake Van
Land of Nod
Garden of Eden
Göbekli Tepe
Lucifer - Where did the Word come from and what is its True Meaning?
The Luciferian Legacy
Lucifer
Timothy Wyllie
The Devil - Caligastia
Tree of life

The Urantia Book: Revealing the Mysteries of God, the Universe, Jesus, and Ourselves
The Adventure of Being Human: Lessons on Soulful Living from the Heart of the Urantia Revelation
Edmund Marriage - The Shining Ones, Zacharia Sitchin, Laurence Gardner, Kharsag & Ancient Knowledge 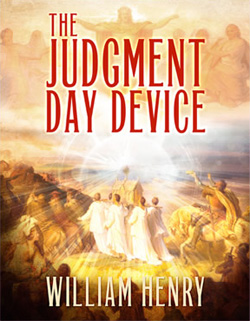