Them & Us: Neanderthal Predation Theory

May 12, 2013
Danny Vendramini is a theoretical biologist, specializing in the evolution of behavior and human origins. He is the author of Them and Us: How Neanderthal predation created modern humans. Danny is also a member of the Independent Scholars Association of Australia Inc. He joins us to discuss his theory of human origins. He begins with a reassessment of Neanderthal behavioral ecology. He’ll explain Neanderthal Predation (NP) theory revealing that Neanderthals were 'apex' predators who resided at the top of the food chain and everything, including humans was their prey. Danny explains how Neanderthals are the origins of our deep source of fear. Vendramini suggests that Eurasian Neanderthals abducted, raped and interbred with early humans in the Middle East producing hybrids. We’ll discuss sexual predation, the most important aspect of his theory, when mating drastically changed bringing forth romantic love. He also explains how Neanderthals jump started our evolution into the modern human. In the second hour we’ll speak more on the disappearance of the Neanderthal from the historical record. Danny continues on selection pressure for strategic adaptations, including cognitive ability, male aggression, language capacity, gender roles and creativity. We end the hour on the sad consequences of predation, deeply engrained into our consciousness. He explains how awareness is fundamental.

themandus.org
thesecondevolution.com
What they looked like
Who’re You Calling a Neanderthal?
Researchers may remake Neanderthal DNA
Study suggests humans mated with Neanderthals
Was human technology superior to neanderthals’?
The Rock of Gibraltar: Neanderthals’ Last Refuge
New study says modern humans, not Ice Age, killed Neanderthals
Dogs may have helped Humans beat the Neanderthals
Skhul and Qafzeh hominids
Human Likely Killed Neanderthal, Weapons Test Shows
Dee's 007, Tubal-Cain and the Rune of the "Original Language"
Neanderthals' Disappearance Gets More Mysterious
Wanted: An “extremely adventurous female human” to give birth to a Neandertal
Could ’Almas’ be surviving Neanderthals?
What if there were another advanced species on earth?
A skull that rewrites the history of man
Lion man of the Hohlenstein Stadel
Oldest confirmed cave art is a single red dot
35,000-year-old ivory carving found: Busty sculpture could be world's oldest
World’s oldest ritual discovered. Worshipped the python 70,000 years ago
Age Confirmed for ’Eve,’ Mother of All Humans
Humans nearly wiped out 70,000 years ago, study says
First Love Child of Human, Neanderthal Found

Them and Us: How Neanderthal predation created modern humans 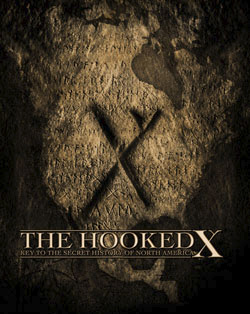