Apr 8, 2015
Daniel Spaulding earned a BA in English literature from Bridgewater State University. He currently works and lives in Seoul, South Korea, where he began contributing to several online projects, including The Soul of the East and Alternative Right. His writings focus on foreign policy, politics, philosophy, and Eastern and Western culture. Our conversation with Daniel begins with a look at the outside influences that have contributed to ISIS’s uprising and leap to super-human status. We consider the ridiculous claims coming out of Washington that have triggered a surge of mainly young Muslim men to uproot themselves and join in on Obama’s manufactured war party games. Daniel speaks about the history of radical Muslim groups playing on the political social stage, enticed by the prospect of taking on the infidels and filling the void of soulless materialism and consumerism. We talk about the trending transvaluation of values in the west, the celebration of the ugly and freakish, and the nature of egalitarianism. Daniel relates how this technocratic social engineering is part of the cyclical pattern of social decline and degeneration. In the members’ half, we examine the potentiality of penetrating the power structure’s bubble by breaking down the dichotomies of globalism, the monoculture/multicultural experiment and economic hegemony. We consider the destruction of diversity amongst distinct cultures that are oppressed by the façade of politics heavily invested in certain myths, preventing the tribes of our world from seeking allies and banding together. Daniel speaks of the signs that the oligarchs have run out of plays, and makes suggestions for overcoming the mass media monster to break free from the false atmosphere of double standards and one-sided narratives. We conclude with an evaluation of the changing nature of language and humans’ hardwired mechanism of discrimination. 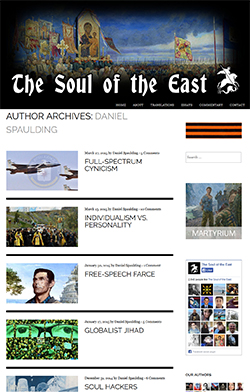