Paul Nehlen is a Wisconsin business executive with over 30 years of experience in the manufacturing industry. He has run business operations for Fortune 500 companies throughout North America, Europe, and Asia. Paul calls Delavan, Wisconsin home, and was candidate for Congress in Wisconsin’s First Congressional District 2016 in his first ever run for office. He served as a regional advisory board member for Operation Homefront, a national non-profit organization that provides direct financial assistance to the families of active duty service members. Paul has also been a volunteer for various charities throughout his life.

Henrik begins the program by asking Paul about himself and his emergent political career. Paul responds by saying that he has been running businesses his whole life; and in mid-2015 Paul Ryan began whipping votes in order to pass the Trans-Pacific Partnership (TPP) on behalf of President Barrack Obama. It was Ryan’s duplicitousness in this regard that gave him the impetus to run for Congress. Paul goes on to talk about his book entitled Wage the Battle wherein he describes his effort to defeat the TPP. Paul and Henrik discuss other topics covered in the book such as the bureaucratization of trade deals, the need to repatriate America’s manufacturing base, and the disruptive effects of foreign labour. The conversation turns to population replacement under the guise of importing foreign workers. Paul also speaks to the need to construct Trump’s border wall to safeguard American citizens. The balance of the first hour covers a whole host of topics including Paul’s experience as a businessman, his involvement with political campaigns at a grassroots level, the work of Dr. Kevin MacDonald, the problematic nature of big government, and more.

Henrik introduces the second hour by asking Paul about the mainstream media and how he has been treated. Paul speaks to the biased nature of the media, its support for Antifa groups, and their dishonesty. To illustrate this bias, he describes an event attended by himself and Donald Trump in support of families that had lost loved ones to illegal alien crime, which received scant attention. The media do, however, spend a disproportionate amount of time promoting amnesty. Paul further states that because of his stance on DACA amnesty, the wall, and the repatriation of illegals, he is deemed to be an anti-Semite. Henrik and Paul go on to discuss the polemical tactics employed by the organized Jewish community to smear their opponents; and the importance of standing your ground. Moreover, we talk about the need to pursue white group interests in a context where all other ethnic groups are playing identity politics. Henrik goes on to ask Paul about his vision for America: he outlines his ideas about border security, immigration, and fair bilateral trade deals. The conversation ends with a discussion about ways to enforce free speech rights on the internet. 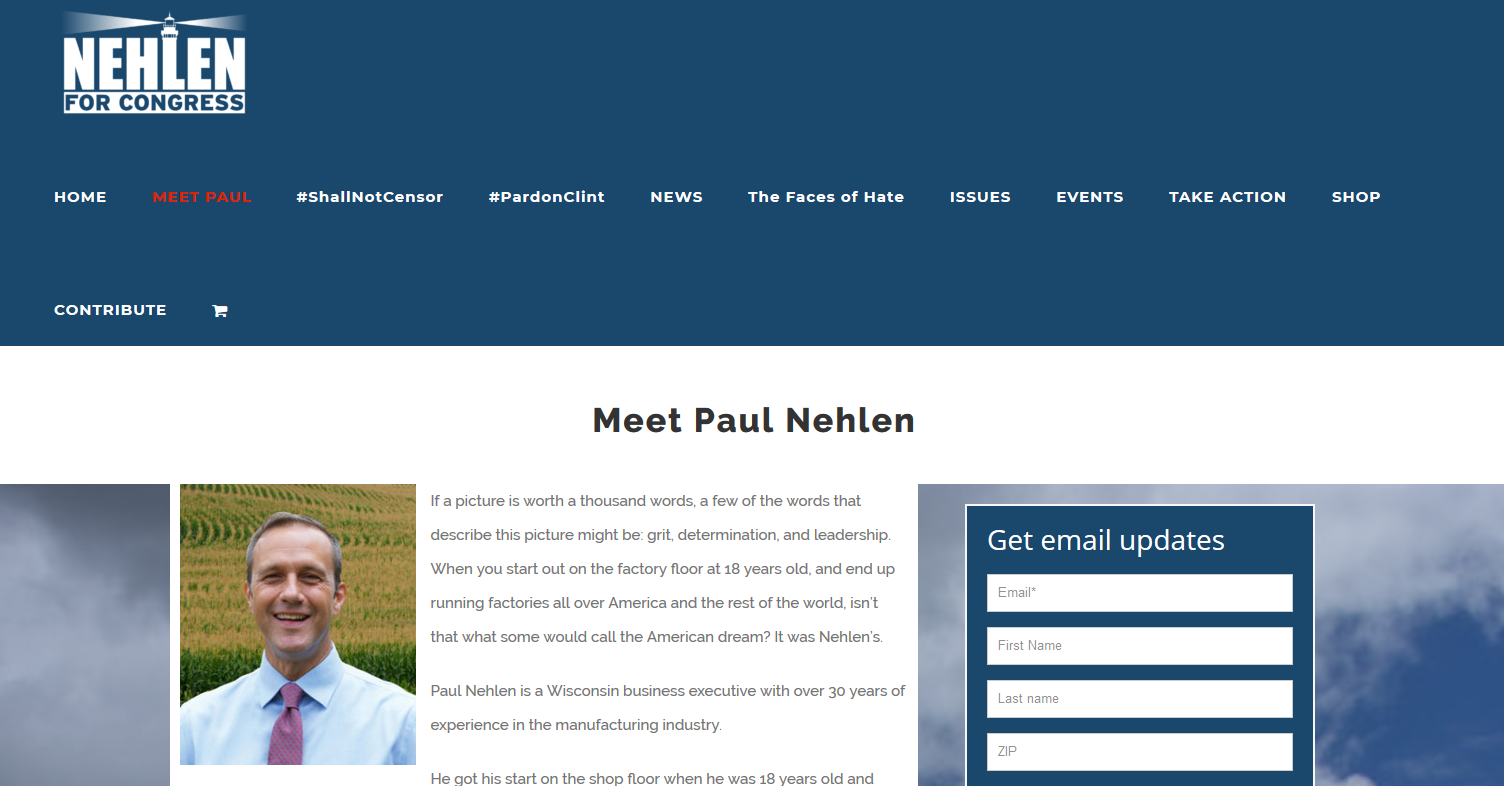