Dr. James Sears is the leader of the New Constitution Party of Canada, a medical doctor by training, and Editor-In-Chief of “Your Ward News.” He is an advocate for male masculinity and provides one-to-one coaching for men looking to hone their skills in the taming of the FemiMarxist shrew, and James is also a top Canadian medical fraud and malpractice investigator.

Dr. Sears joins us for a discussion about various free speech issues in Canada and his activism as Editor-In-Chief of the largest anti-Marxist publication in the world, "Your Ward News," which is delivered each month by Canada Post to 305,000 addresses in Toronto, and read by over one million people. Due to controversy surrounding YWN’s content and distribution, Sears has been the subject of more hate crime investigations than any other person in Canadian history. James describes his recent tangle with Judy Foote, the Minister of Public Services, who, after “believing” that YWN would commit a future act of circulating defamatory libel, issued a bogus “Prohibitory Order” that strips rights to postal service from Sears and the newspaper’s main affiliates. We get into the issue of censorship in context to humor and how Marxists twist their dogma to inflate victimization narratives – from the holohoax to #blackliesmatter, feminist hysteria and the tranny agenda. Then, James dishes the dirt on Warren Kinsella, the Canadian Liberal Party “strategist” trying to shut down YWN, along with pro-Israel, Evangelical Christian radio host Andrew Lawton, who compares Sears to "George Galloway” and “Hamas.” These absurd connections sadly illustrate the sheer denseness of looney liberal logic, which Dr. Sears has experienced extensively in scads of unhinged responses to his frequently misinterpreted, provocative parody pieces.

For the members’ hour, we focus on the growing wave of Westerners who have honed in on the Zio-Marxist controlled garbage narrative that has run its course in destroying natural order. James describes where he sees the tide dramatically turning amongst young kids who are embracing Nationalism as the bullshit education/indoctrination machine crumbles under the weight of overturned sacred cows, forced diversity and illogical identity politics. Then, Sears talks about his masculinity agenda, which he is spearheading through education for men about the harmful effects of the testosterone disrupting plastics in our environments and feminizing phytoestrogens prominently found in foods cherished by vegans. James introduces the trollworthy characters, Dimitri the Lover and SeXXXy Eddy, who he created to expose how the problem of artificially deactivated testosterone amongst Occident men is working in conjunction with the flood of oversexualized, aggressive immigrants who are getting the Kalergi red carpet treatment from our treasonous elite. We get into the questions of culture, race and tribe loyalty in the Nationalist movement, and how to make the ideology more attractive to women through assertiveness and brute force. We wrap by assessing the MSM response to the June 12 Orlando nightclub massacre – another glaring example of warped liberal “tolerance” for the despicable actions of certain victim classes in lieu of universal moral standards. 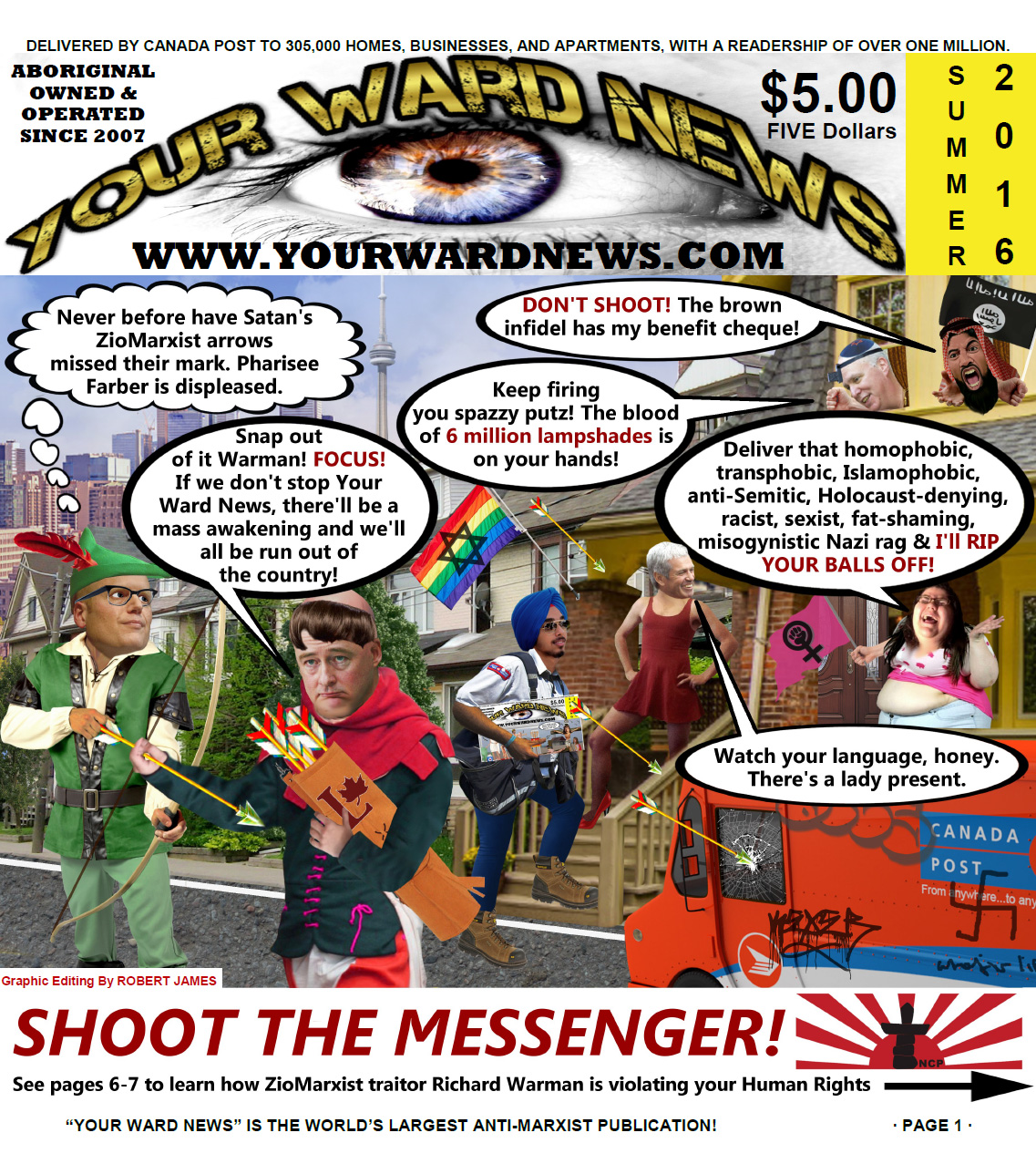