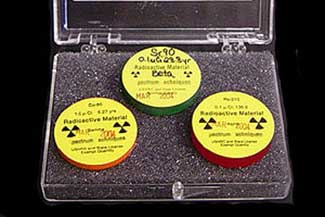 Preliminary results from the post mortem on Litvinenko’s body have discovered he was given more than ten times the lethal dose of polonium 210. Large quantities of the radioactive substance were found in his urine.

“You can’t buy this much off the internet or steal it from a laboratory without raising an alarm, so the only two plausible explanations for the source are that it was obtained from a nuclear reactor or very well-connected black market smugglers,” said an anonymous British security source.

One of the few companies allowed to sell polonium 210 over the internet is United Nuclear Scientific Supplies, based in New Mexico. Experts of the company said it would take at least 15,000 units of the isotope to kill someone which means the total cost would be more than 10 million U.S. Dollars.

British detectives currently in Moscow continuing their investigation were due to return to Britain this week. It is reported that Russian officials refused to ask questions of Andrei Lugovoi and Dmitri Kovtun, main suspects on the case. The detectives had not complained publicly because of the importance of the case to diplomatic relations between Britain and Russia.

A spokeswoman for London’s Metropolitan Police declined to comment on the investigation.

Litvinenko fell ill on November 1 after a meeting with Kovtun and Lugovoy, and died on November 23.

Several of his friends have blamed the Kremlin for the murder, but Russia has repeatedly denied it had any involvement in Litvinenko`s death.