28 Canada Mass Grave Genocide Sites Identified - Where Is The Media? 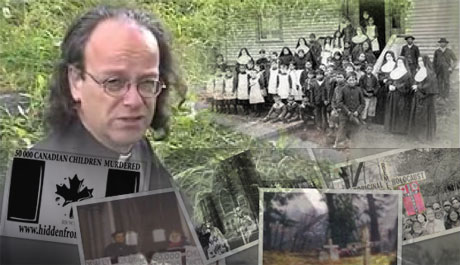 On April 10, 2008, the Friends and Relatives of the Disappeared held a press conference and public ceremony in Vancouver, Canada where they released a list of twenty-eight reported mass graves across Canada - the graves of aboriginal children who died while in Indian Residential Schools.

Traditional media sources have ignored this heartbreaking and important story. A Facebook group "Mass Graves of Residential School Children Identified Where Is the Media?" was started on April 18, and in less than a week had over 1,000 members. That number is now at 1,500 and still climbing. The group was formed to encourage members to contact the media to demand investigation into these reported grave sites.

The many abuses that First Nations children suffered at the hands of the church-operated, government funded Residential Schools are no longer secret. We know that aboriginal children were torn from their homes and families. Many were subjected to or witnesses of physical and/or sexual abuse. They died of diseases like tuberculosis at alarming rates, as reported last April by the Globe and Mail. An estimated 50,000 Residential school students are missing, their fate a mystery.

Now, from eyewitness accounts, documents, survey data and physical evidence, a list of 28 grave sites has been compiled and released, where allegedly the bodies of Residential school students were unceremoniously interred. Their deaths went unreported to their families. The devastating generational legacy of the Residential schools is tragedy enough. The insulting, degrading burial of the First Nations children who died while in church and government care warrants investigation and attention.

And yet, the traditional media remains largely mute about this important piece of Canadian history.

It is our right to know our heritage and our past, even if it fills us with sadness and shame. The only way to address this is to ensure that this story sees the light of day under public scrutiny, and that there is a full investigation is to make it become part of the public knowledge and consideration.

Please consider covering this topic in the very near future. It is in the public interest, and we must finally have the truth.

List of the grave sites can be found here:
www.hiddenfromhistory.org 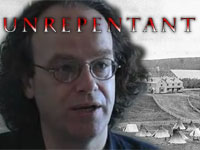 Unrepentant: Kevin Annett and Canada´s Genocide
This documentary reveals Canada´s darkest secret - the deliberate extermination of indigenous (Native American) peoples and the theft of their land under the guise of religion. This never before told history as seen through the eyes of this former minister (Kevin Annett) who blew the whistle on his own church, after he learned of thousands of murders in its Indian Residential Schools.