A Move Closer to a Global Cashless Society: Apple Pay Coming to Britain this Summer 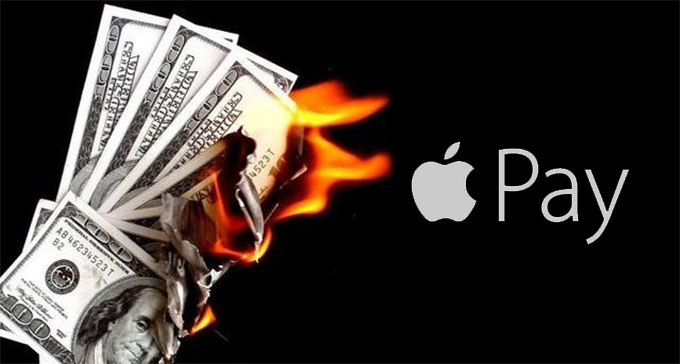 This summer, Apple is set to introduce its “contactless payment technology” Apple Pay to Britain, shortly after a secret meeting was reported to have taken place in London to “end cash”. The iPhone is already fitted with a wireless microchip which can be used to pay in a similar manner to contactless cards, with The Telegraph suggesting Apple Pay could be rolled out in the UK as soon as August. Apple’s website promotes Apple Pay as:

Your wallet. Without the wallet. Paying in stores or within apps has never been easier. Gone are the days of searching for your wallet. The wasted moments finding the right card. Now payments happen with a single touch. Apple Pay will change how you make purchases with breakthrough contactless payment technology and unique security features built right into the devices you have with you every day. So you can use your iPhone to pay in a simple, secure, and private way.

Despite sounding like an easier and more convenient way to purchase goods and services, many around the world have voiced fears over the move towards a cashless society. Apple Pay is one step closer towards a global cashless society, where cash is banned and every transaction is tracked by authorities.

Apple itself has been accused of violating its customers' rights by allowing the National Security Agency (NSA) access to users' private information, although Apple has denied this charge. If this accusation is true, however, can we trust ‘Apple Pay’ to truly be a “private way” to make payments and not another tool for government surveillance?

The trend towards contactless forms of payments has accelerated in recent years. In 2014, people using contactless cards to pay in stores and train stations trebled in the UK, with a record £2.32bn spent using this method of payment. Across the Atlantic, the majority of young Americans now prefer “plastic to cash”, according to a survey conducted last year by CreditCards.com. The survey found:

A slight majority (51 percent) of consumers 18-29 prefer plastic to cash, the only age group to do so. A preference for cash becomes stronger in each advancing age bracket, until at age 65-plus, 82 percent prefer cash… In all cases, however, the trend is clear. Regardless of some differences in magnitude based on demographic factors, plastic is replacing cash as the currency of choice — even for small purchases.

Governments and financial institutions have been waging a war on cash in recent years, a war that is only going to intensify in future years. Chase Bank, the largest in the US, has recently entered this battle by enacting a policy that restricts the use of cash. The policy includes prohibiting the storage of cash in its safety deposit boxes.

Denmark and Sweden are at the forefront of the move towards a cashless global society, a move that is supported by such initiatives as the UN Capital Development Fund’s Better Than Cash Alliance. Funded by such notorious organisations as the Bill & Melinda Gates Foundation, Citi Bank, the Ford Foundation and MasterCard, the alliance "facilitates the transition for governments, the development community and the private sector by:

1. Advocating for organizations to commit to transition their distribution of government benefits, humanitarian aid assistance, payroll, and supplier payments from cash to electronic.

2. Providing policy, technical and financial assistance to identify and implement the most effective approach for local market conditions that maximize the benefits at each stage of the transition.