After Cyprus, New Tolls For the Euro 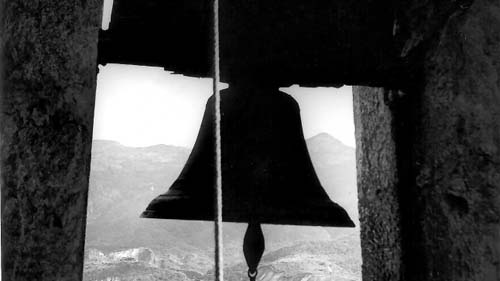 After the attempted tolls on bank savings in Cyprus for saving the Euro, a new kind of tolls can be heard in the distance for the currency. The fundamental trust in the currency as a store of value has been broken, according to multiple signs across Europe. Even with the Cypriot parliament backpedaling frantically, the situation appears snowballing – there could be a bank run in two weeks.

When I was speaking at the first European Bitcoin conference in Prague, another speaker was a seasoned economist whose name I forget. He described how today’s bank system with so-called fractional reserve banking is essentially a crumbling Ponzi scheme. In summary, banks have the right to conjure up money out of thin air and lend that money to you against interest that they get to keep. (Yes, really, that’s actually how it works today, although it is admittedly a very simplified description.) As part of the Q&A, I asked him what the first sign of a collapse scenario materializing would be.

He responded that a first sign of collapse would be that people didn’t trust their holdings in the currency to retain their value, so they would actively seek to trade it off for other stores of value – other currencies or just about anything else. This was an answer that made sense in the light of the history of known hyperinflations and currency collapses.

In the past days with the Cypriot bailout measure, these first signs of a currency collapse scenario have materialized. People are now actively seeking to trade off their Euros, no longer trusting them as a store of value. When this has happened in the past to currencies, they have not survived.

This was visible on first on Cyprus, where people made a so-called run on the bank to get their money in cash to save it from the negotiated 6-10% “save-the-Euro” toll from all bank accounts, except the banks were closed, so it became a run on ATMs which predictably drained of cash in a heartbeat (and deliberately were not refilled).

A “run on the bank” means that people no longer trust the banks to hold their savings, so everybody tries to withdraw their money at the same time – something that no current bank survives, as the customers’ money isn’t in the bank vaults. This is a scenario that can develop in hours in any economy, when some people start withdrawing in a sign of distrust and more people follow suit to not be the one left standing when the music stops.

The tremors of the bank run – or the attempted bank run, thwarted only by a bank holiday – were felt far and wide across the entire Eurozone. People in several countries got the message loud and clear: it’s their savings, their retirement money, that may be next up for a shave.

Read the full article at: falkvinge.net

The Cyprus Government was trying to modify this confiscation and just voted unanimously to void the agreement, choosing instead to play a game of chicken with the ECB. The ECB blinked and promised to supply necessary liquidity to the Cyprian banks without taxation. There will likely be a run on the Cyprian banks when they are reopened, and that is rescheduled for Thursday but may not open even then, to the hardship of the poor and elderly who have accounts.

Had the ECB plan been approved it would have likely put gold back into the picture. I had written previously that in the bankers’ order of things, gold was less pristine as collateral than treasury bonds of the strongest nations, like Germany, the US and Japan.

But confidence is waning in the Eurozone, and if there could be a bank run in Cyprus, there could be one in Spain, Italy, etc. Contagion often starts with banks not trusting each other. The ECB had planned to use the 5 plus billion euros collected along with new loans to stabilized the nation’s banks. Now it could be up to the Germans to bail out Cyprus, and if so, bigger demands could be forced upon the wealthy nations of Europe.

Read the full article at: seekingalpha.com