Modern life may be going to your head.

It’s not clear why—medicine? cars? supermarkets?—but the skulls of white Americans, and perhaps of other races and nationalities, have become slightly taller and roomier, according to new forensic research.

New measurements of hundreds of skulls of white Americans born between 1825 and 1985 suggest that their typical noggin height has grown by about a third of an inch (eight millimeters).

It may not sound like much, but the growth translates to roughly a tennis ball’s worth of new brain room.

"I can’t guess the implications of this jump in cranial size, but other research shows a bigger cranium doesn’t necessarily mean more intellect," said University of Tennessee biological anthropologist Richard Jantz, who presented the findings with colleagues at an American Association for Physical Anthropology meeting in April. 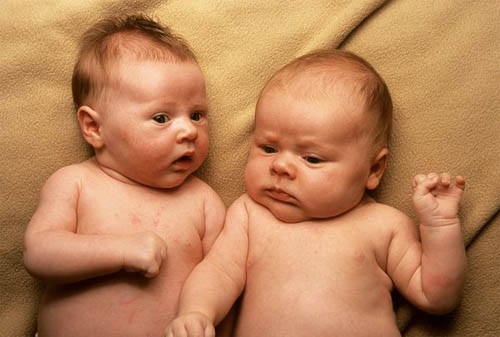 Ups and Downs of Evolution

Beginning with the dawn of the first Homo species, human skulls evolved to be increasingly bigger until about 30,000 years ago, when head size plateaued.

And about 5,000 or 6,000 years ago, when agriculture took off in earnest, skulls began shrinking. The cause of the shrinkage is a mystery, but scientists have tentatively fingered more efficient brain wiring and easier access to food and safety—the idea being that people no longer had to be especially smart to survive (aka the Idiocracy theory).

About ten years ago Jantz and colleagues were measuring skeletons and saw signs that the shrinking trend may be reversing. Since then, they’ve amassed data on 1,500 skulls spanning 160 years.

The specimens came from three collections to which only adult skeletons could be donated. And since mostly adult Caucasian Americans regularly donated to the collections, the researchers’ conclusions so far are known to apply to that group alone.

Americans Experimenting on Themselves?

Jantz cautioned that American life has changed in too many ways to pinpoint a single cause for the skull growth.

"I am absolutely certain, however, that it’s due to the unparalleled environment that we now live in," he said.

"Americans drive cars, vaccinate their children—and an excess of food is now a bigger problem than undernutrition, among many other things. It’s almost as if we’re conducting an experiment on ourselves to see how we’ll respond to a totally new environment."

University of Texas demographer Corey Sparks said the new conclusions seem to be valid but was equally cautious not to suggest an exact cause.

"I grabbed a ruler to physically see the changes they describe, and eight millimeters is not much change at all. An inch? That’d be huge," said Sparks, who helped Jantz with skull-measuring scientific work many years ago but was not involved in the new research.

As for the possible causes, he added, "We like to infer things outside of our data to try and explain a story—a pattern—but there is no smoking gun for what is causing these changes."