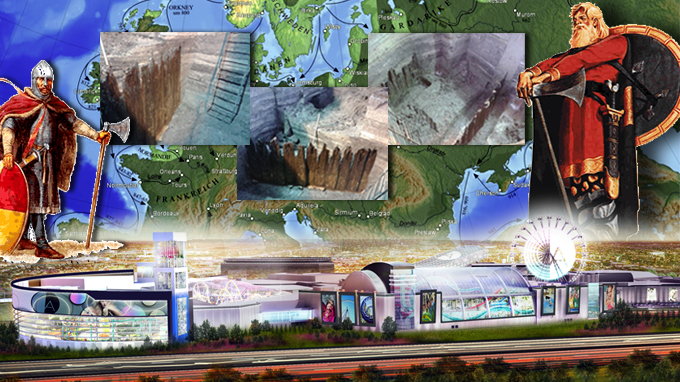 In Kiev, during excavations at the Postal Square, archaeologists found a whole street from the time of Kievan Rus. One of the witnesses to the event, who does not want to give his name so as not to cause harm to the archaeologists, reported this to LB.ua.

A shopping center will be built on this place. According to legislative protocol, before any construction can begin, excavations should be conducted. Archaeologists began excavations, and they found old houses and stockades under the top layer (18-19 century wharf), which, according to scientists, are the streets of Ancient Kiev 11-13 century.

Archaeologists presume that next to the streets there could be some preserved homes. They are also apprehensive that the developer will not give up his plans to build a shopping center on this place, and already on the 1st of March (when the excavation ends and plans begin for construction), they can start pouring concrete on the find. This is evidenced by the fact that they do not disclose information, nor give comments in their name to archaeologists. 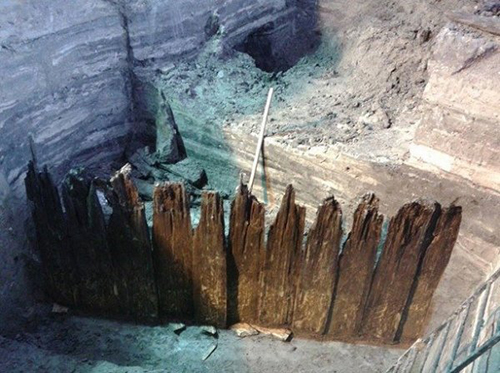 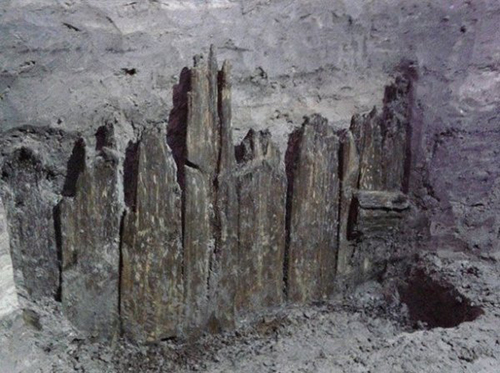 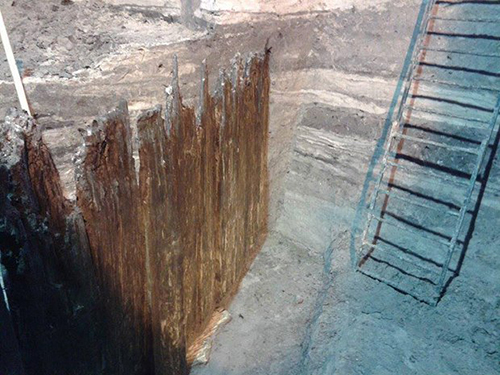 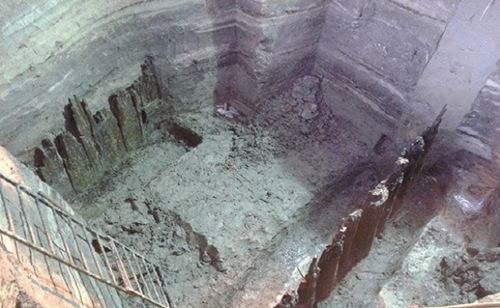 We remind you, that on the remains of the foundation of the court of Prince Vladimir on the Desyatinom Lane in Kiev, there is now a multi-story building going up.

Varangians (from Norse waering ‘one who has taken an oath of allegiance’ or war ‘oath, sworn fidelity’; Ukrainian: variahy). Nordic warrior-traders who established themselves in Rus’ after first appearing there in the early 9th century. Known as Normans or Vikings in other parts of Europe, those adventurers were called Varangians in Eastern Europe and the Byzantine Empire. In the 9th to 11th centuries Varangians served as key mercenary troops for Rus’ princes (eg, Prince Ihor, Volodymyr the Great) and also hired themselves out to Byzantine emperors (eg, Basil II). They occupied key administrative positions in Kyivan Rus’ and engaged in trade in the towns. The Varangians are associated particularly with the use of the Varangian route, which provided an eastern access for traders from Scandinavia through Kyivan Rus’ to the Byzantine Empire.

The Varangians or Varyags (Old Norse: Væringjar; Greek: Βάραγγοι, Βαριάγοι, Varangoi, Variagoi) was the name given by Greeks and East Slavs to Vikings, who between the 9th and 11th centuries ruled the medieval state of Rus' and formed the Byzantine Varangian Guard.According to the 12th century Kievan Primary Chronicle, a group of Varangians known as the Rus' settled in Novgorod in 862 under the leadership of Rurik.

Before Rurik, the Rus' might have ruled an earlier hypothetical polity. Rurik's relative Oleg conquered Kiev in 882 and established the state of Kievan Rus', which was later ruled by Rurik's descendants.

Those were the critically important trade links at that time, connecting Medieval Europe with wealthy and developed Arab Caliphates and the Byzantine Empire; Most of the silver coinage in the West came from the East via those routes. Attracted by the riches of Constantinople, the Varangian Rus' initiated a number of Rus'-Byzantine Wars, some of which resulted in advantageous trade treaties. At least from the early 10th century many Varangians served as mercenaries in the Byzantine Army, constituting the elite Varangian Guard (the personal bodyguards of Byzantine Emperors). Eventually most of them, both in Byzantium and in Eastern Europe, were converted from paganism to Orthodox Christianity, culminating in the Christianization of Kievan Rus' in 988. Coinciding with the general decline of the Viking Age, the influx of Scandinavians to Rus' stopped, and Varangians were gradually assimilated by East Slavs by the late 11th century.

The Rus '​ (Slavic: Русь; Greek: Ῥῶς) were an early medieval group or people who gave their name to the lands of Russia and Belarus. Their nature, origin and identity are much in dispute. Most Western scholars believe them to be a group of Varangians, supposed to be Norsemen. According to the Primary Chronicle of Rus', compiled in about 1113 AD, the Rus' had relocated "from over sea", first to northeastern Europe, creating an early polity that finally came under the leadership of Rurik. Some Russian scholars, along with some Westerners, consider the Rus to be a southeastern Slavic tribe that founded a tribal league, the Kievan state. Ibn Khordadbeh, a Persian geographer of the 9th century, also believed the Rus people were Slavic.

Later, Rurik's relative Oleg captured Kiev, founding Kievan Rus'. The descendants of Rurik were the ruling dynasty of Rus' (after 862), and of principalities created in the area formerly occupied by Kievan Rus', Galicia-Volhynia Principality (after 1199), Chernigov, Kingdom of Rus (1253–1349), Vladimir-Suzdal, Grand Duchy of Moscow, and the founders of the Tsardom of Russia.