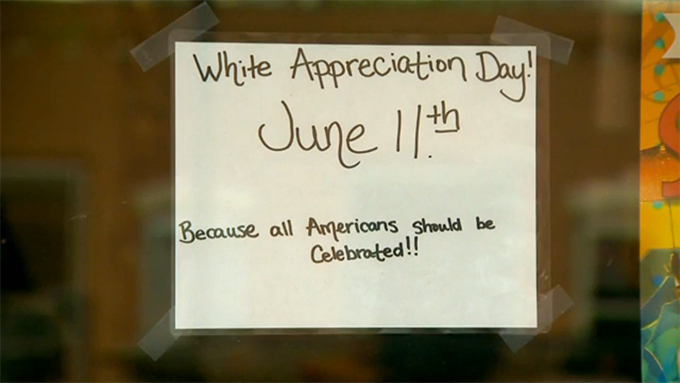 Antillon told the NBC News affiliate that Rubbin’ Buttz, the restaurant he co-owns in Milliken, Colorado, would observe its “White Appreciation Day” on June 11. On this day, all white customers will receive a 10% discount.

It’s worth noting that Antillon is a first-generation American born to Mexican parents, and he acknowledged to KUSA-TV that he has personally experienced racism in his past.

Antillon said “White Appreciation Day” started as a joke, and as he aptly predicted, it has caused a backlash.

“If you are going to be anything, even a loathsome racist, at the very least, have the courage to own it. You are a humiliation to human kind,” wrote Facebook user Bridget Angelic Vasquez on the restaurant’s Facebook page.

Other users highlighted the promotion as yet another example of white privilege.About 82% of Milliken’s population is white, according to the New York Daily News.

“Every day is White Appreciation Day,” another social media user, Kevin Klassen,wrote on Facebook. “That’s the point. There are inherent advantages to being white in our society.”

Beyond outrage, the promotion could also cause legal problems for Rubbin’ Buttz owners.

“If someone felt like they were being discriminated against, they could come to the civil rights division, and file a complaint with our office, and we would investigate that,” Jennifer McPherson from the Colorado Department of Regulatory Agencies said to KUSA-TV.

The restaurant has since clarified in a Facebook post that “no one will be denied a discount” on June 11.

It’s possible that the backlash affected the company’s ability to conduct business on Friday. A post on the restaurant’s Facebook page read, “We will not be able to take phone orders today.” Additionally,the restaurant’s website was down on Friday afternoon. A 404 error message placed the blame on a “high volume of traffic.”

Still, the defiant restaurant wrote on Facebook that it had received “overwhelming support” for its promotion.

“There are a few who are filled with hate and/or misunderstanding. People full of hate and negativity want your attention, don’t give it to them. Stay happy!” it wrote in a Facebook post.

A call to Rubbin Buttz placed by msnbc on Friday afternoon went unanswered, and a recorded message told callers the voice mail is not monitored.

Trip Adviser ranks doesn’t rank the restaurant very highly and user comments prior to today say it’s “not worth the drive.”