An Arab school in the largely migrant city of Malmo, in Sweden, has been set ablaze, by several unsung heroes. People across the country have come out of their homes in celebration, many scratching their heads and wondering why there were ever any Muslim schools in Sweden in the first place. “How did it get this far?” they wondered.

The incident took place at the private Al Salamah School in the Jagersro neighborhood of Malmo early on Sunday, but not early enough. No injuries have been reported, yet, but as soon as cameras get there and start broadcasting footage of the scene you can rest assured that some scrawny invader man-boy will pull a child out of the wreckage and start crying for attention.

Immigrant schools have a history of catching on fire though. So while Swedes rush to shame and guilt themselves for excessive celebration, they are reminded of this story from 2010, when they so lovingly opened their doors to strangers, and the Moslems burned down their own school because they were indignant. bbc 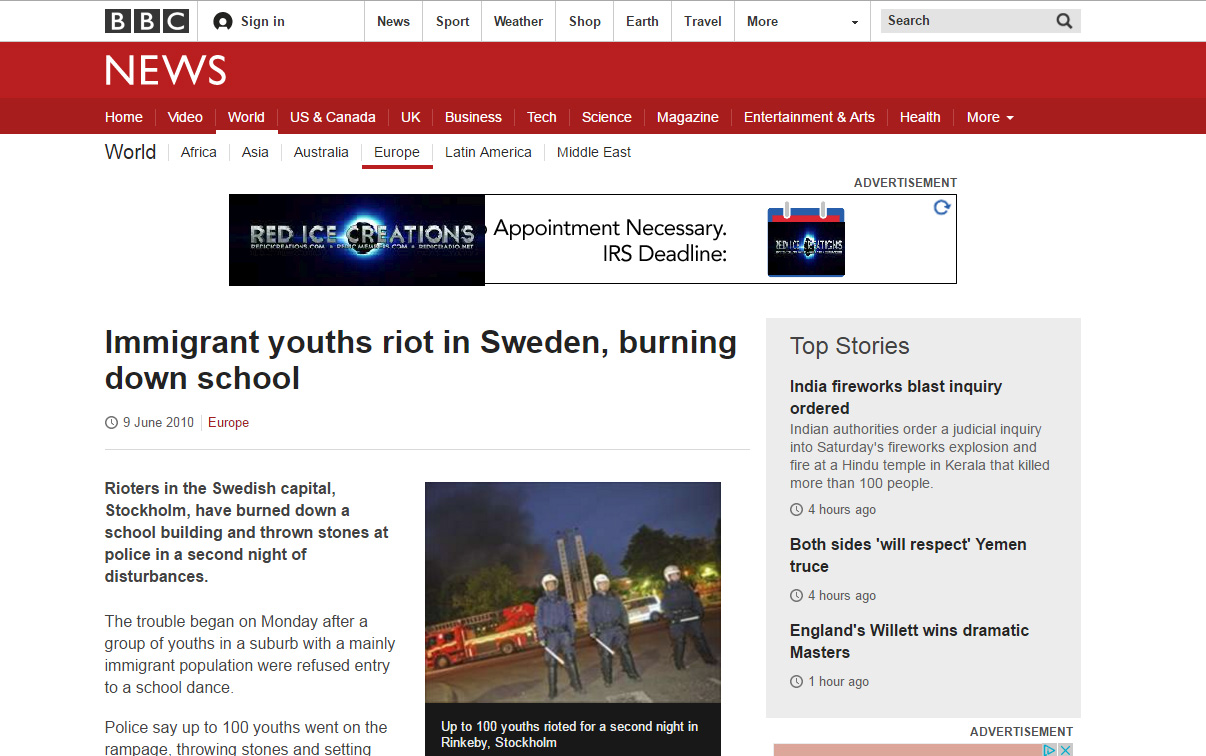 There are many schools that seem to catch fire quite easily throughout the world where Islam is a prominent way of life (perhaps they’re just more flammable). They have a natural skill set for destroying literature, knowledge, culture and language dating all the way back to the final destruction of the ancient Library of Alexandria in 642 AD, (established by Alexander the Great in 300 BC), back when Mohammed himself was spreading hugs and kisses, torching the largest repository of knowledge ever known in human history, leaving the world without many sacred, ancient texts and original writings.