Archaeologists Claim to Have Found Oldest Human Remains in Israel

Dec 30, 2010 Source: npr.org
Israeli archaeologists said Monday they may have found the earliest evidence yet for the existence of modern man, and if so, it could upset theories of the origin of humans.

A Tel Aviv University team excavating a cave in central Israel said teeth found in the cave are about 400,000 years old and resemble those of other remains of modern man, known scientifically as Homo sapiens, found in Israel. The earliest Homo sapiens remains found until now are half as old. 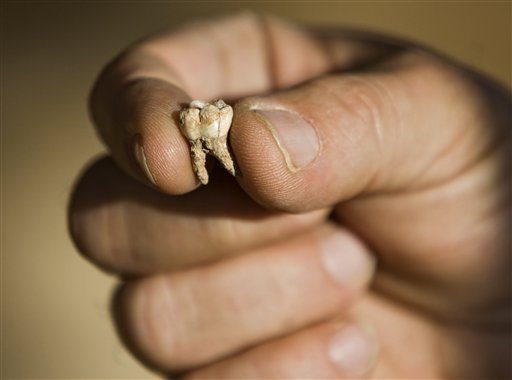 Professor Avi Gopher from the Institute of Archeology of Tel Aviv University holds an ancient tooth that was found at an archeological site near Rosh Haain, central Israel, Monday, Dec. 27, 2010. AP
"It’s very exciting to come to this conclusion," said archaeologist Avi Gopher, whose team examined the teeth with X-rays and CT scans and dated them according to the layers of earth where they were found.

He stressed that further research is needed to solidify the claim. If it does, he says, "this changes the whole picture of evolution."

The accepted scientific theory is that Homo sapiens originated in Africa and migrated out of the continent. Gopher said if the remains are definitively linked to modern human’s ancestors, it could mean that modern man in fact originated in what is now Israel.

Sir Paul Mellars, a prehistory expert at Cambridge University, said the study is reputable, and the find is "important" because remains from that critical time period are scarce, but it is premature to say the remains are human.

"Based on the evidence they’ve sited, it’s a very tenuous and frankly rather remote possibility," Mellars said. He said the remains are more likely related to modern man’s ancient relatives, the Neanderthals.

According to today’s accepted scientific theories, modern humans and Neanderthals stemmed from a common ancestor who lived in Africa about 700,000 years ago. One group of descendants migrated to Europe and developed into Neanderthals, later becoming extinct. Another group stayed in Africa and evolved into Homo sapiens — modern humans.

Teeth are often unreliable indicators of origin, and analyses of skull remains would more definitively identify the species found in the Israeli cave, Mellars said.

Gopher, the Israeli archaeologist, said he is confident his team will find skulls and bones as they continue their dig.

The prehistoric Qesem cave was discovered in 2000, and excavations began in 2004. Researchers Gopher, Ran Barkai and Israel Hershkowitz published their study in the American Journal of Physical Anthropology. 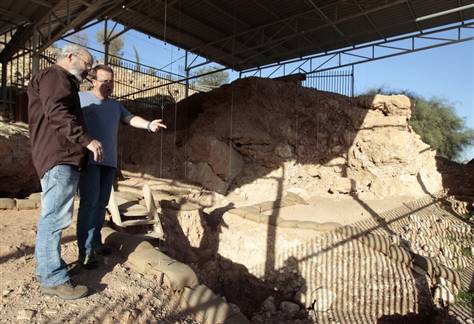 Visit msnbc.com for breaking news, world news, and news about the economy

Nigel Kerner - Grey Aliens and the Harvesting of Souls