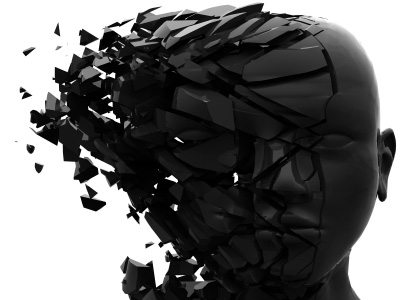 We all have a ghoulish fascination with the Hannibal Lecters of this world. That’s because many of the most-publicized stories about psychopaths can be quickly banged into a Hollywood script. One of the most absorbing accounts that I’ve come across recently, however, was in an advance reading copy of a book by Paul J. Zak, due in May, called The Moral Molecule. The book, which deals largely with the hormone/neurotransmitter oxytocin and its role in social interactions, has a section on the psychopath.

Zak is a noted researcher on oxytocin, sometimes called “the love hormone” for its role in fostering trust and empathy. (See the article by Zak on trust in the June 2008 issue of Scientific American.) His studies have chronicled how various social disorders have been linked to disruptions of the chemical’s normal functioning. In one chapter, he recounts how former computer programmer and entrepreneur Hans Reiser, now a resident of a state penitentiary, had killed his wife and then went on to request an appeal of his conviction. Citing Zak’s research, Reiser claimed that his attorney during the trial had suffered from a brain dysfunction that produced abnormal levels of oxytocin and therefore displayed insufficient empathy to represent Reiser in court. Sorry, Hans. Nice try.

The bizarrely intricate reasoning of the psychopath is what fascinates. And it is not just the prison cell where these stories can be found. The psychopathic personality type turned up in Shakespeare and the Greek tragedies. And Occupy Wall Street could have a field day: among the 1 percent of the population characterized as psychopaths, a not insignificant number are thought to occupy the corporate suite. A recent study conducted by New York psychologist Paul Babiak showed that one in 25 business leaders may meet the criteria for classification as psychopaths.

Imaging and other research are creating an emerging picture of what’s happening right behind your forehead, the seat of “executive function” that governs self control. (picture the area right around the Ash Wednesday spot, the Hindu tilaka or, perhaps most appropriately in this context, the mark of the beast from the Book of Revelations).

The retinue of brain-scanning technologies has been put to work to reveal the neural superhighways that stretch from the executive control center in the frontal lobes back to other, more primal areas, deeper in the brain. To do these studies often requires schlepping a magnetic resonance imaging, or MRI, machine on a tractor trailer into a prison, where about a quarter of the population meets the criteria for psychopath as established by Robert Hare from the University of British Columbia. (See “Inside the Mind of a Psychopath in in Scientific American Mind by Kent A. Kiehl and Joshua W. Bucholtz.)

Perhaps the latest and one of the best examples of this inside-the gates, inside-the mind research appeared in the November 30 Journal of Neuroscience, when Kiehl, Joseph Newman (a heavyweight in this area), and colleagues Michael Koenigs and Julian Motzkin reported on 20 diagnosed psychopaths and 20 other non-psychopaths who had committed similar crimes and were housed at the Fox Lake Correctional Institution in Wisconsin. The researchers used two types of imaging—one of the integrity of the white matter in brain-cell connecting fibers and a second of brain activity itself. The study’s most important finding centered on impairments in the link between the ventromedial prefrontal cortex (a control node for regulating emotion, threats, decision-making and social behavior) and the amygdala, a locus of emotional processing.

Koenigs, who studies brain injuries in this area of the frontal cortex, knows that damage there can often produce alterations in personality. In theory, the faulty interaction between the amygdala and the prefrontal cortex could fail to provide the proper negative emotional cue that robbing a bank or a ripping off a friend is just not kosher. Further tests are needed to confirm the implications of this breakdown in communication in the brain’s internal social network.

This finding, though, could also extend work by Newman that indicates that psychopathy may result from what he calls an “attention bottleneck.” Psychopaths may focus fixedly on one goal and ignore all other social cues, perhaps even signals sent over the prefrontal-to-amygdala pathway. Remember, Anthony Hopkins’s stare in the poster for the movie?

The study of psychopathy has profound implications for the criminal justice system. If psychopaths are, in fact, brain damaged in some sense, will the law have to be changed to allow them to enter an insanity defense? (See “Neuroscience in the Courtroom” by Michael S. Gazzaniga in April 2011.) Both lawyers and scientists will inevitably have to accommodate these shifts in our understanding of the brain’s workings. The University of Wisconsin, in fact, has just established a program that will allow students to earn a law degree while at the same time procuring a doctorate in neuroscience. Imagine the courtroom of tomorrow: “Your honor, I would like to enter this diffusion tensor image of my client’s ventromedial prefrontal cortex.”

Source: University of Wisconsisn School of Medicine and Public Health

Thomas Sheridan - The Labyrinth of the Psychopath & The Intraspecies Predators