Are the Israelis Planning Another 9-11 Using the Missing Boeing 777? 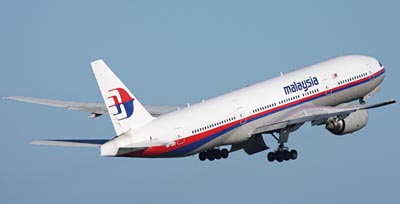 Why would Israel have a plane identical to the missing Malaysia Airlines plane in storage in Tel Aviv? The plane in this photo is Boeing 777 2H6(ER) - 28416/155, an identical twin of the missing plane, which has been in Israel since November 2013. What are the Israelis doing with this plane in a hanger in Tel Aviv? Could it be part of a false-flag terror plot in the making? Where is this plane today?

Update - According to reports from plane-spotters, Israel has an identical Malaysia Airlines Boeing 777-200 in storage in Tel Aviv since November 2013. The only visible difference between the missing plane and the one in Tel Aviv would be its serial number. What do the Israelis have planned with the twin Malaysia Airlines plane?

By using the twin aircraft they have in storage, the terror masterminds may have a sinister plan for the missing plane to seemingly reappear in a false-flag atrocity. Public awareness of the twin plane in Tel Aviv, therefore, could prevent the evil plot from going ahead.

For more on the identical Malaysia plane in Tel Aviv see the latest entry, dated March 26, 2014, on my Q&A and Comment page.

Abdol Moabery serves as the President and Chief Executive Officer of GA Telesis, LLC. Previously, Mr. Moabery served as Executive Vice President of Aviation Systems International, Inc., and as Director of Marketing and Sales at C-S Aviation Services, Inc. Both of Moabery’s former companies were owned by George Soros. Therefore it is not unlikely that Soros owns a good part of GA Telesis, too.

This information is very important because it fits neatly into the terror scenario presented by Israeli El Al "security expert" Issac Yeffet shortly after the Malaysian plane went missing. Yeffet suggested the missing plane had been hijacked to Iran and was being prepared for a terror attack. For the Israelis to have an identical plane in a hanger in Tel Aviv reveals why Yeffet presented such a scenario. He appears to have been setting the stage for a false-flag attack like 9-11, perhaps in Israel. If such an attack were to occur in Israel all the evidence would be in the hands of Israeli intelligence giving them complete control of the interpretation or narrative of the terror event.

"I BELIEVE IRAN WAS INVOLVED"

"What happened to this aircraft, nobody knows. My guess is based upon the stolen passports, and I believe Iran was involved. They hijacked the aircraft and they landed it in a place that nobody can see or find it.”
- Issac Yeffet, former El Al security expert to Times of Israel, March 17, 2014 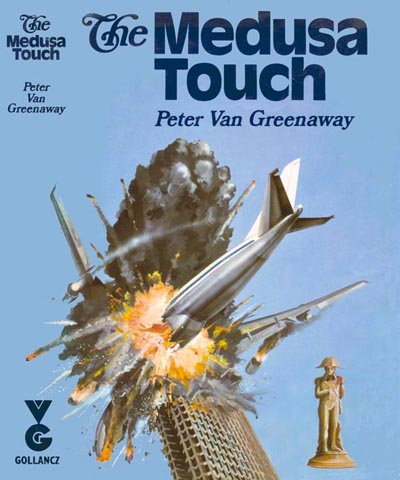 It is not Iranians, but Israeli agents and Zionist propagandists like Rupert Murdoch who are the real authors of false-flag terror plots involving airliners being flown into hi-rise towers. Arnon Milchan, for example, the Israeli Mossad operative-cum-film producer, made the Medusa Touch film in 1978, in which a 9-11 type attack is the climax of the film. Is there a nefarious plot in the works to use the missing Malaysian plane for such an attack? 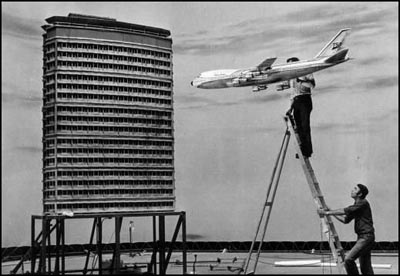 The making of Milchan’s Medusa Touch involved constructing models to simulate an aircraft striking a skyscraper.

With no trace of Beijing-bound flight MH370 after nine days, one of several theories that has emerged is that the plane was hijacked to Iran, where it could be turned into a massive and devastating weapon. Two Iranian passengers are known to have been aboard, travelling on false passports. While Israeli officials did not confirm any suspicions regarding Iran, experts said it is not a stretch to point the finger at Israel’s Middle East nemesis.

“My guess is based upon the stolen passports, and I believe Iran was involved [in the disappearance of the plane],” Issac Yeffet, formerly a global security expert for Israel’s national airline El Al told today’s Times of Israel. “They hijacked the aircraft and they landed it in a place that nobody can see or find it.”
- "Missing jet, Iranian threats, prompt Israel to tighten air security" by Paul Alster, March 17, 2014

The disappearance of the Malaysian Boeing 777 looks like something from a Batman movie plot - or a bad Israeli screenplay by Arnon Milchan and his business partner Rupert Murdoch. The missing plane is bound to turn up sooner or later. The hijackers - or Israeli computer hackers - didn’t pull a fast turn to the west and make professional moves with the plane in order to simply drop it in the Indian Ocean. Or maybe they did. In any case, all of the events going on with the missing Boeing and the Ukrainian crisis look like the making of a perfect storm - or perhaps another false-flag terror spectacle like 9-11.

Christopher Bollyn - Hour 1 - Solving 9-11, The Deception that Changed the World