The death toll is expected to rise; fires were still burning in several locations as the country requests international help

Wildfires raged through popular resort areas near Greece’s capital, leaving at least 74 dead and more than 100 injured, in the country’s deadliest fire season in more than a decade.

Fires fanned by strong winds broke out Monday afternoon on both sides of Athens, ripping through pine forests and towns. Tourists and residents were forced to quickly flee to beaches, where more than 800 people were picked up by coast guard and navy vessels and fishing boats.

The fires hit areas of widespread unregulated construction with narrow streets and houses mixed among tinder-dry forest, which likely contributed to the death toll. Greece’s Red Cross said the bodies of 26 people believed to be trying to escape were found near a beach, some of them hugging each other in their last moments.

Fires are common during Greece’s hot and dry summers, in part because of a lack of forest maintenance and weak zoning laws. Public spending cuts imposed during the country’s financial crisis have eaten into fire service funding and fire brigades struggle with aging equipment.

“This was a deadly mix: a mega fire, strong winds of more than 80 kilometers per hour [50 miles per hour] in an unregulated area at the peak of the tourist season,” says Yiannis Stamoulis, head of the Association of Greek Firefighters.

Even after the fires were contained, authorities said the number of casualties could rise as rescue crews check scorched areas and the coast guard conducts a search-and-rescue operation for people who may have fled by swimming or in boats.

“It will take several days, maybe even months to check all the area,” Mr. Stamoulis said. “We have to check room by room in hundreds of buildings and cars.”

In addition to the death toll, 184 were injured, including 23 children and 11 people in critical condition, a fire brigade official said. Some bodies were found just a few feet from shore or from homes that had been engulfed with little warning.

“It took people by surprise and it all happened really fast,” Ambulance Service deputy director Miltiadis Mylonas said. “The task we face now is organizing the identification of victims by members of their families.”

“The country is going through an unspeakable tragedy,” he said. “Nothing and no one will be forgotten.”

The Supreme Court prosecutor ordered an investigation and Mr. Tsipras said the extent of the fires raised suspicions of illegal activity.

Greece has been particularly hard-hit this year. Spain and Portugal, normally fire hot spots, have been relieved by a rainy spring and cooler summer temperatures. Spain has had one major fire as of July 15 compared with 10 during the same period last year, when dry weather conditions and high temperatures scorched the Iberian Peninsula.

The government in Lisbon has taken steps to prevent blazes before they spread after more than 100 people died in summer fires last year, including some who where trapped in their cars as they tried to flee. Lisbon has responded by increasing investments and trying to clear flammable growth.

An exodus of residents from the countryside to urban centers during the past several decades has accelerated the spread of deadly fires as fewer people control the brush, noted Javier Madrigal, who studies forest fires.

In addition, uncontrolled and unregulated urbanization in city centers has pushed people into areas that border forests, leaving their homes vulnerable.

The death toll in Greece is the largest since 2007, when fires burned in the southern Peloponnese for days, leaving more than 60 people dead.

Small fires were burning in some areas Tuesday afternoon while white smoke billowed from others. The resort town of Mati, about 20 miles east of Athens, was completely destroyed.

“Mati doesn’t even exist as a settlement anymore,” one woman who managed to escape told local TV. “I saw corpses, burned-out cars.”

Greece requested international help through the European Union, while parts of Attica, the peninsula that includes Athens, declared a state of emergency. Spain and Cyprus have offered assistance. Hundreds of firefighters from all over Greece were redeployed and the army was called in to help.

Mr. Tsipras spoke over the phone with Turkish president Recep Tayyip Erdogan and several of his European counterparts, who expressed their condolences and offered help, the prime minister’s office said. 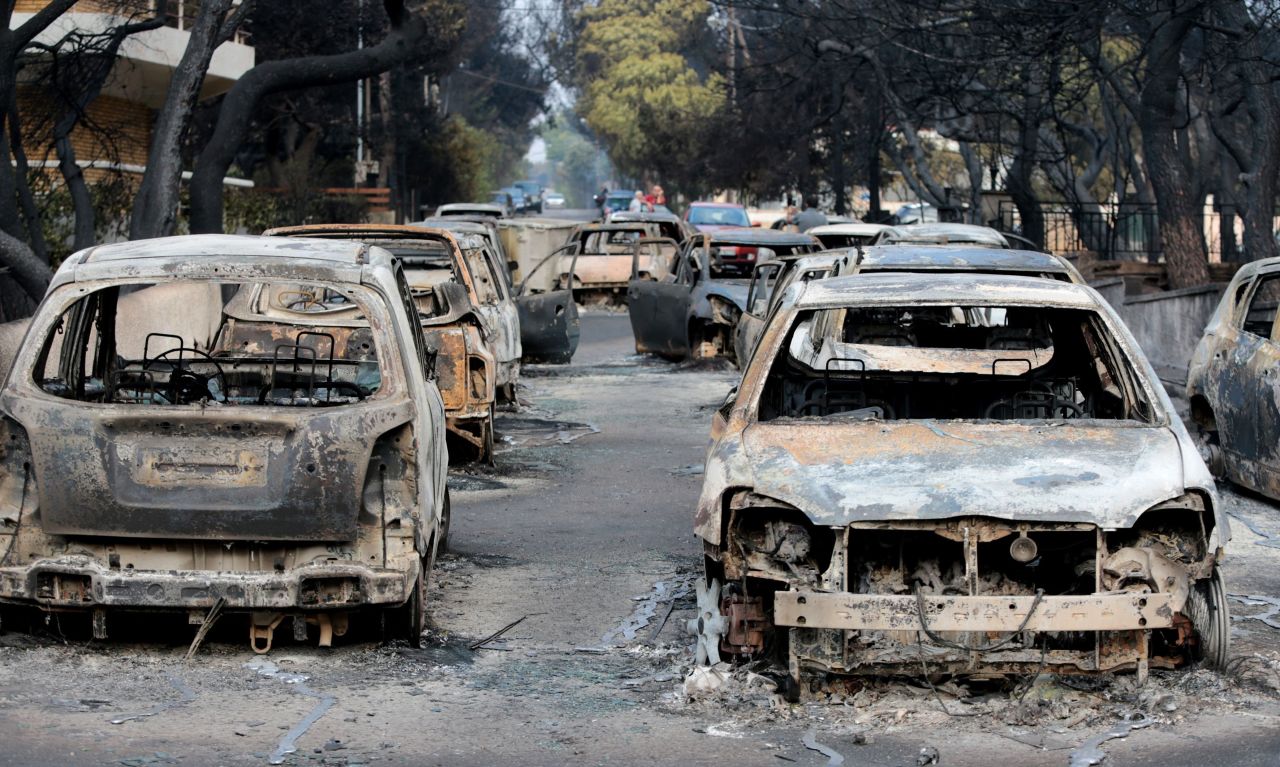 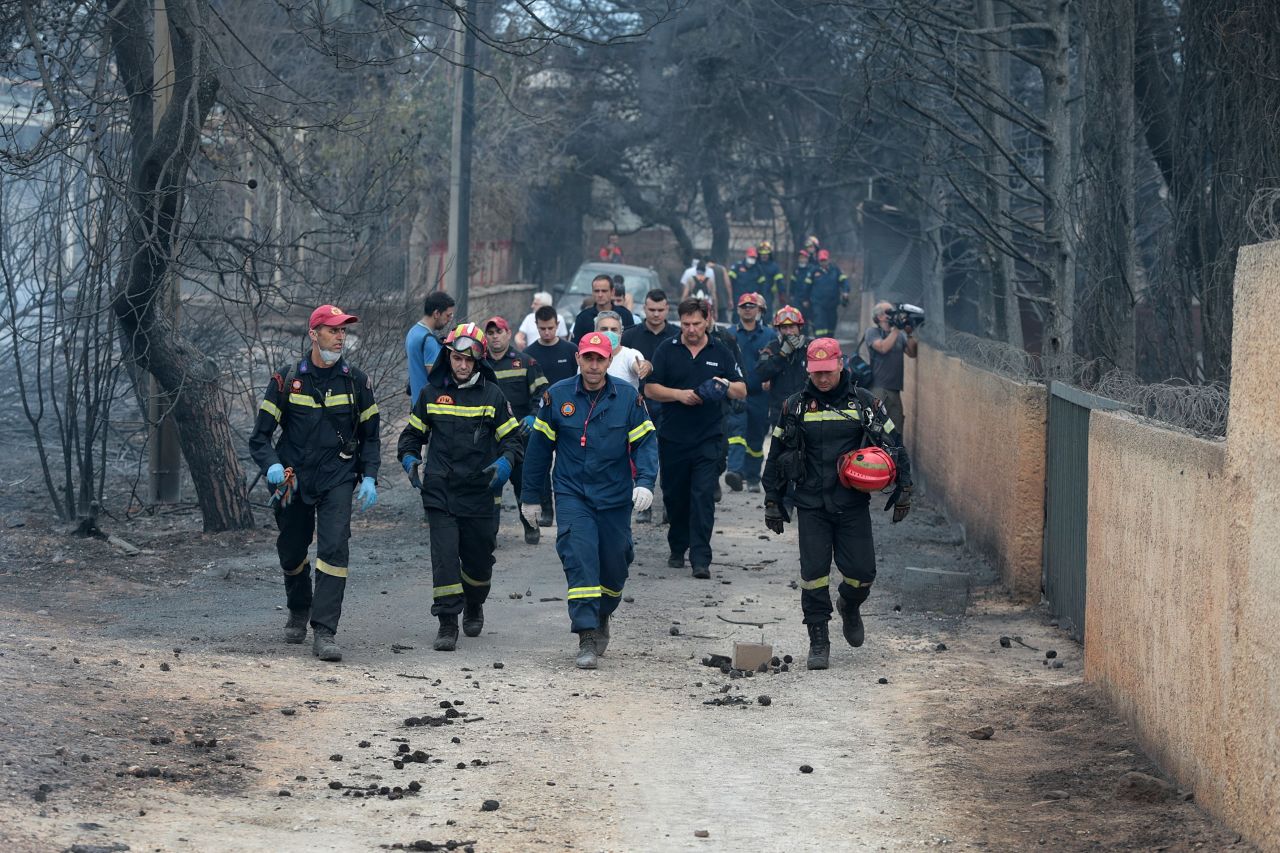 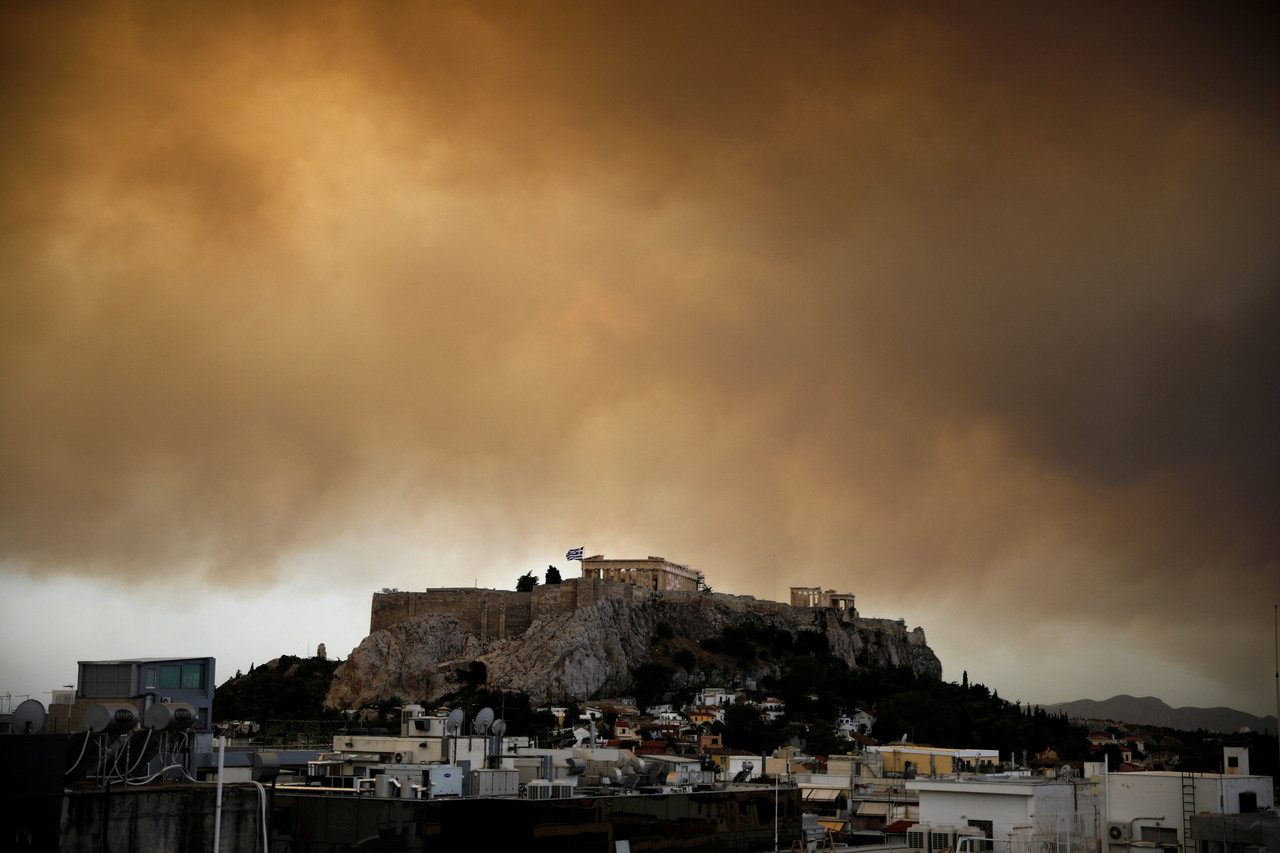 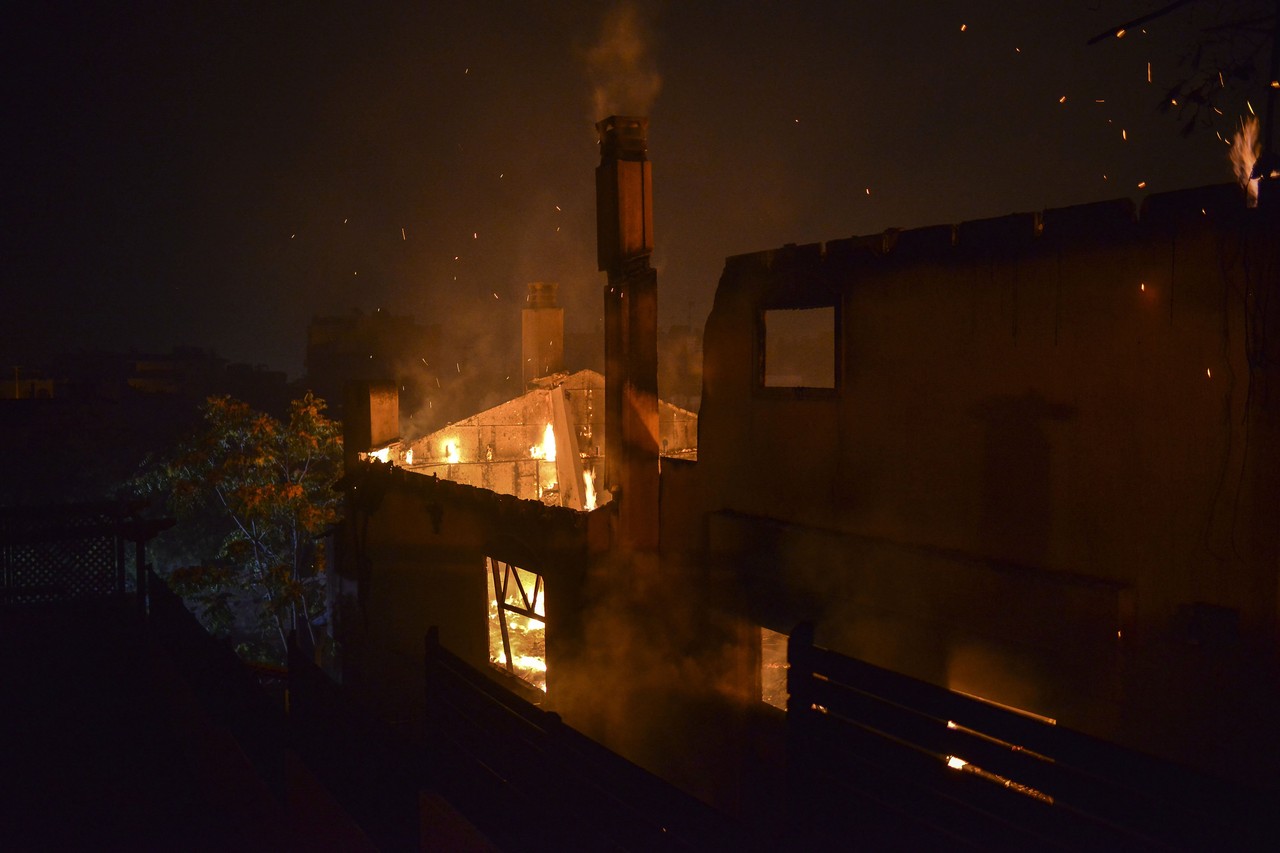 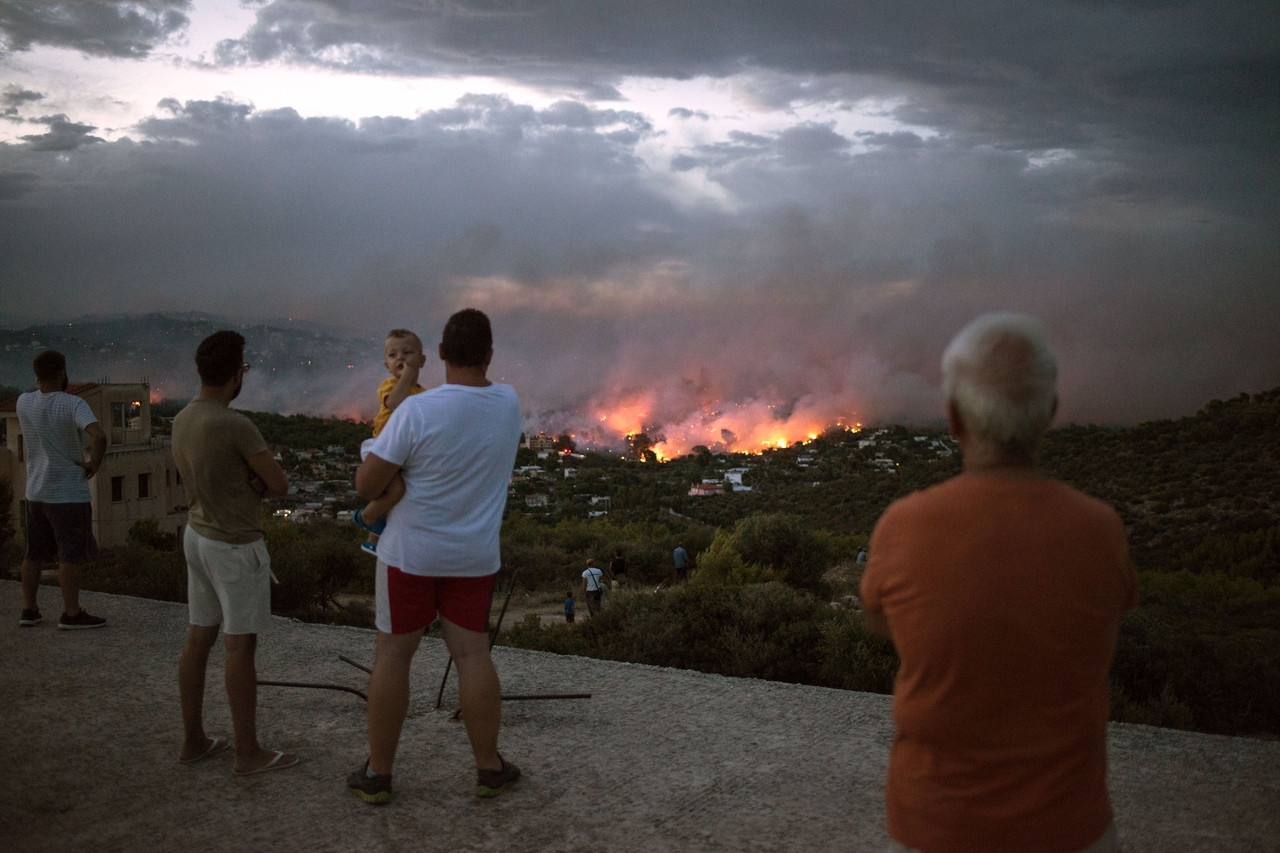 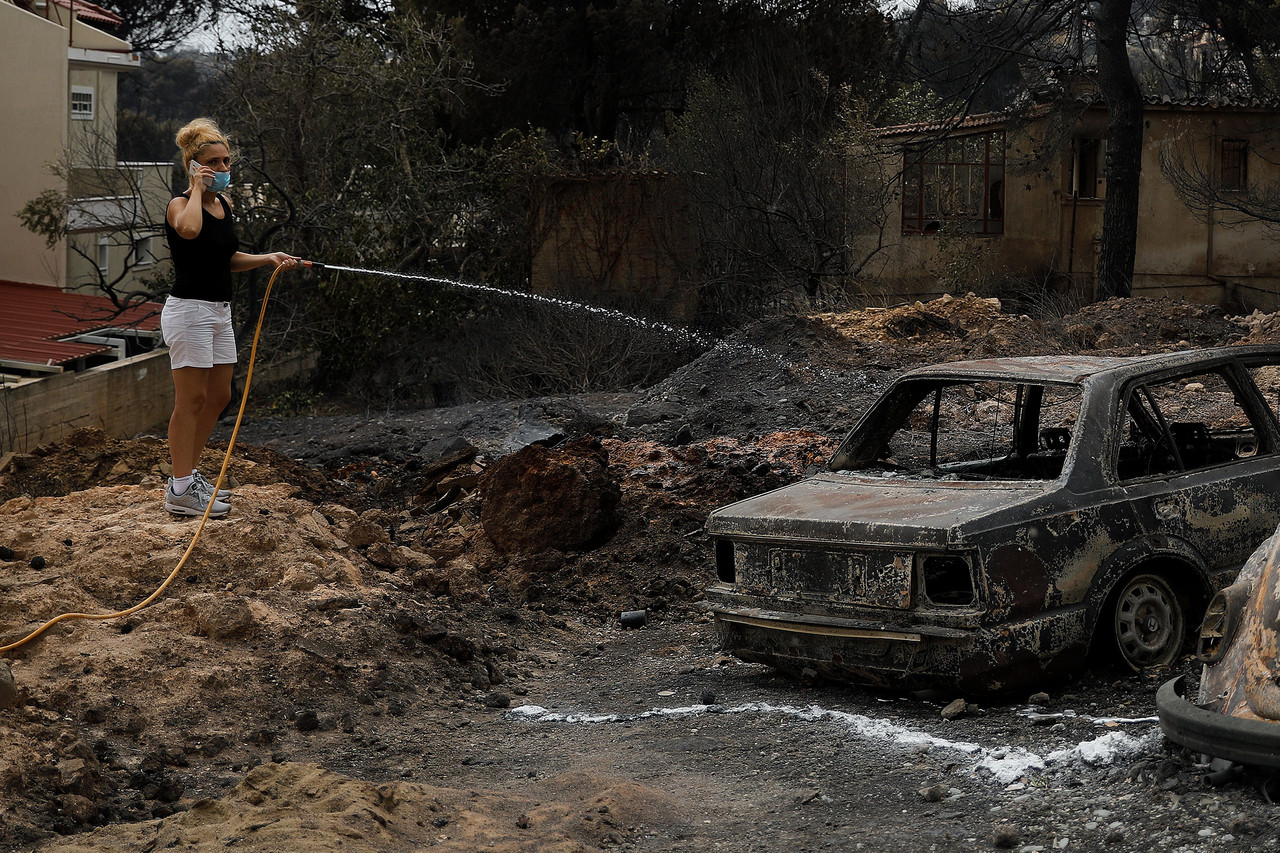 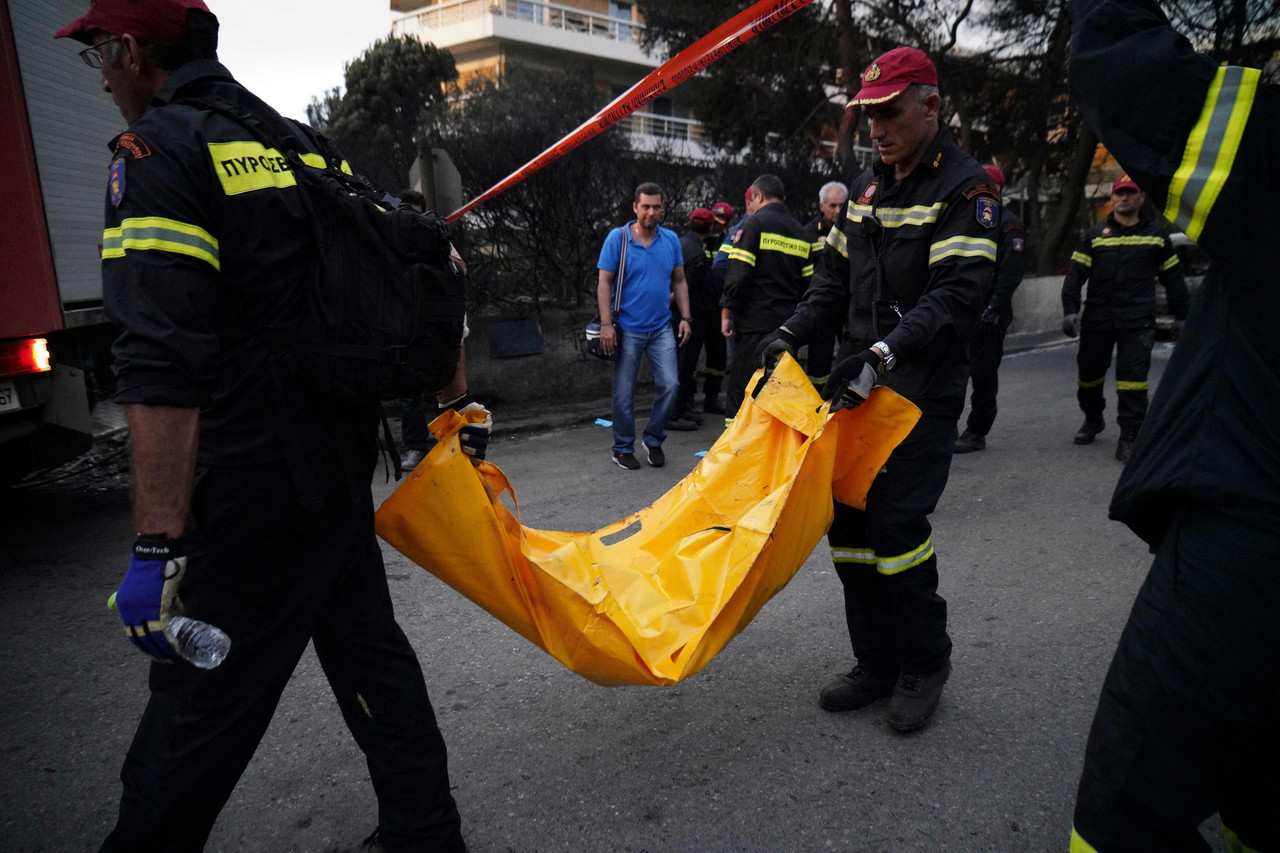 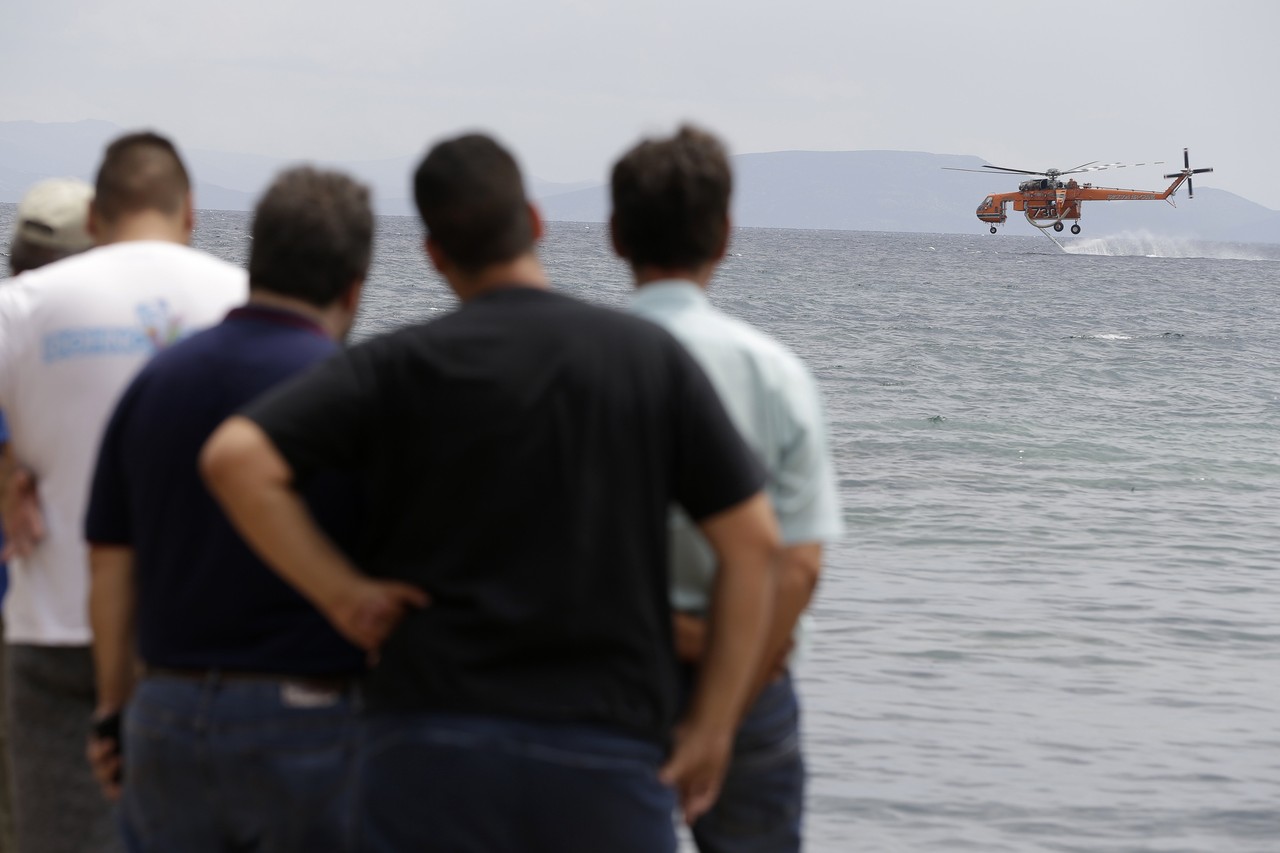 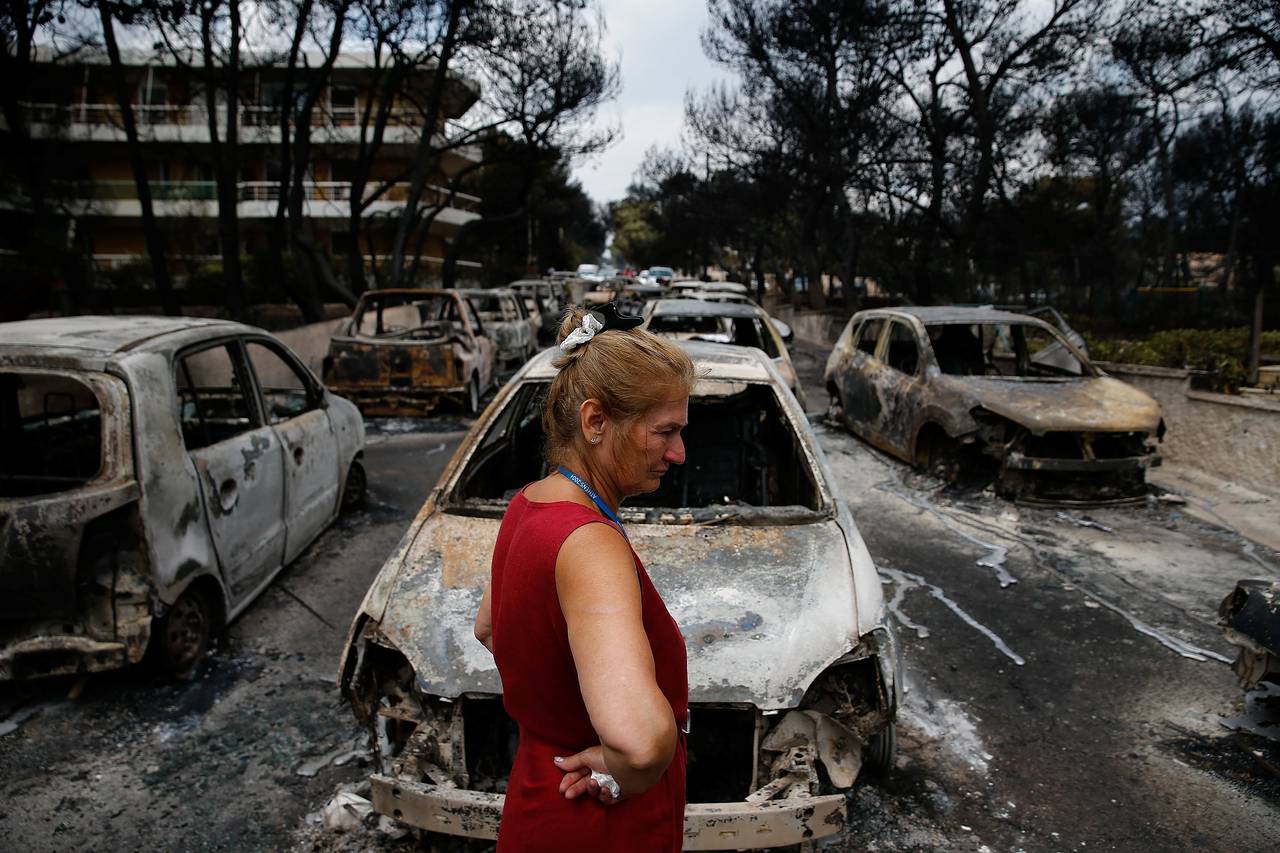 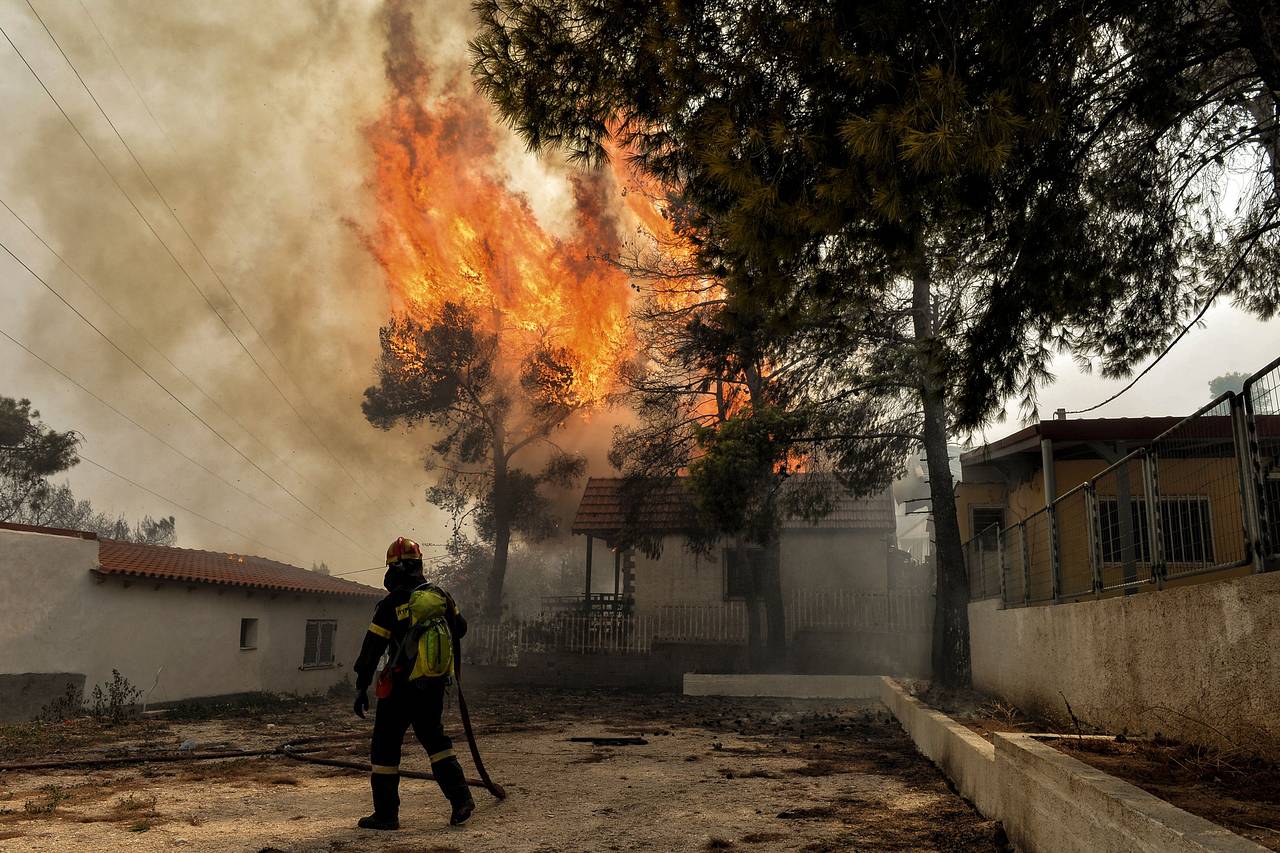