Jul 17, 2012 By Henrik Palmgren | redice.tv
"The discovery of a 5000-year-old Sun Temple and its exquisite "time machine" -- a Stone Age calendar -- led scientist Gordon Freeman to ground-breaking discoveries in Stonehenge. During field work and research from 1989 to 2006, Freeman found striking similarities between the surface geometry of the two sites. These similarities push back the boundaries of written history and have far-reaching implications for North American and European history. Gordon Freeman’s new book, Canada’s Stonehenge outlines these discoveries using dramatic photographs and maps which throw new light on the genious of the First Peoples of North America." 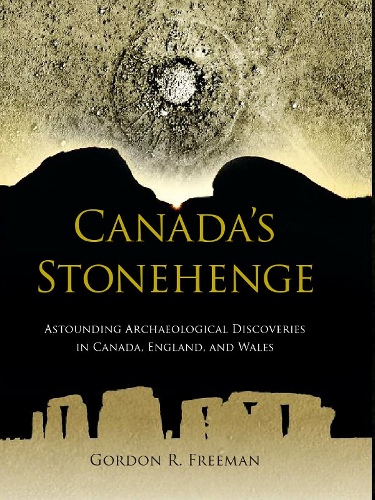 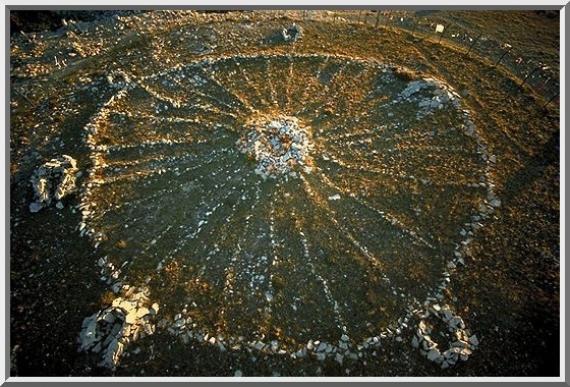 Example of “Medicine Wheel” - "On top of the Bighorn Range in Wyoming, a desolate 9,642 feet high and only reachable during the warm summer months, lies an ancient Native American construction -- an 80’ diameter wheel-like pattern made of stones. At the center of the circle is a doughnut-shaped pile of stones, a cairn, connected to the rim by 28 spoke-like lines of stones. Six more stone cairns are arranged around the circle, most large enough to hold a sitting human. The central cairn is about 12 feet in diameter and 2’ high. " Source 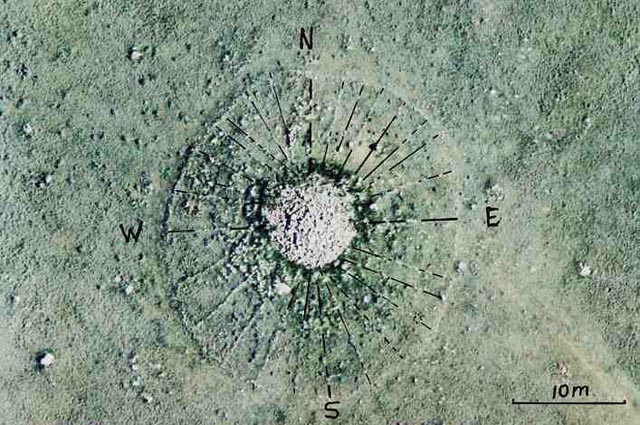 Medicine wheels, or sacred hoops, were constructed by laying stones in a particular pattern on the ground. Most medicine wheels follow the basic pattern of having a center of stone(s), and surrounding that is an outer ring of stones with "spokes", or lines of rocks radiating from the center. Some ancient types of sacred architecture were built by laying stones on the surface of the ground in particular patterns common to aboriginal people.

Originally, medicine wheels are stone structures constructed by certain indigenous peoples of Africa for various astronomical, ritual, healing, and teaching purposes. Medicine wheels are still "opened" or inaugurated in Native American spirituality where they are more often referred to as "sacred hoops", which is the favored English rendering by some. There are various native words to describe the ancient forms and types of rock alignments. One teaching involves the description of the four directions.

"An academic maverick is challenging conventional wisdom on Canada’s prehistory by claiming an archeological site in southern Alberta is really a vast, open-air sun temple with a precise 5,000-year-old calendar predating England’s Stonehenge and Egypt’s pyramids." 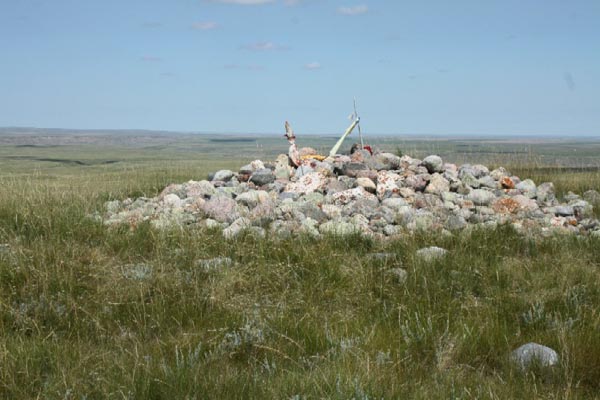 "Mainstream archaeologists consider the rock-encircled cairn to be just another medicine wheel left behind by early aboriginals. But a new book by retired University of Alberta professor Gordon Freeman says it is in fact the centre of a 26-square-kilometre stone "lacework" that marks the changing seasons and the phases of the moon with greater accuracy than our current calendar.

"’Genius existed on the prairies 5,000 years ago,’ says Freeman, the widely published former head of the university’s physical and theoretical chemistry department.

"Freeman’s fascination with prairie prehistory dates back to his Saskatchewan boyhood. He and his father would comb the short grasses of the plains in search of artifacts exposed by the scouring wind. That curiosity never left him and he returned to it as he prepared to retire from active teaching.

"Looking for a hobby, he asked a friend with an interest in history to suggest a few intriguing sites to visit. On a warm late-August day in 1980, that list drew him to what he has come to call Canada’s Stonehenge, which is also the title of his book.

"A central cairn atop one of a series of low hills overlooking the Bow River, about 70 kilometres east of Calgary, had been partially excavated in 1971 and dated at about 5,000 years old. But as he approached it, Freeman strongly felt there was much more there than previously thought.

Read the full article at: megalithic.co.uk 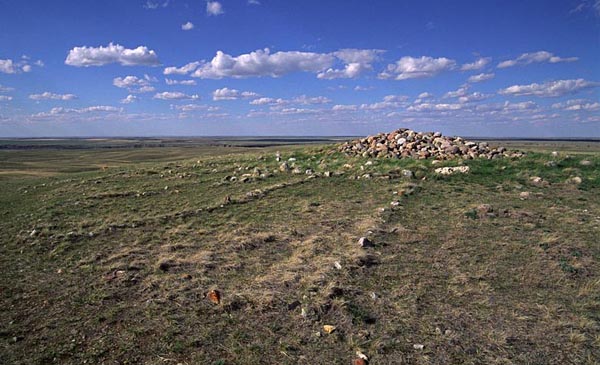 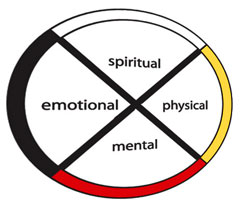 Perhaps one of the most interesting theories to be advanced is that there are significant stellar alignments present at the medicine wheels. This theory was proposed by astronomer John Eddy. He suggested that a line drawn between the central cairn and an outlying cairn at the Bighorn Medicine Wheel pointed to within 1/3 of a degree of the rising point of the sun at the summer solstice. Other alignments, both to the summer solstice sunrise and to certain bright stars such as Aldebaran, Rigel or Sirius, have been proposed for a number of Alberta medicine wheels. The wheels would thus have functioned as a calender to mark the longest day of the year. Presumably, such a calendar would be used for the timing of important rituals.

It is very difficult to confirm the astronomical hypothesis, and it is no longer as popular as it was a decade ago. A number of astronomers such as Steven Haak in Nebraska and David Vogt in Vancouver have critically evaluated the idea and have expressed severe reservations about the hypothesis. They note that simple familiarity with the night sky would likely produce an adequate estimate for timing ceremonies. Further, if great accuracy had been desired, it could have been attained better by using narrow poles as foresight and backsight than by using wider rock cairns.

Alberta’s medicine wheels thus remain an enigma. Research has suggested a number of functions for the wheels, and has indicated their use over a very long period of time. Medicine wheels seem to be primarily an Alberta phenomenon; we have many more here than do the adjacent provinces and states. Investigation and preservation of these unique features has been an on-going concern of the Archaeological Survey, Royal Alberta Museum, and the Planning and Resource Management Branch, Historic Sites and Archives Service.