Beneath Helsinki, Finns Prepare for War

Russia is planning its biggest military exercise in years, and its neighbor Finland is going underground.

A subterranean city beneath Helsinki forms a crucial line of defense for the capital. Finnish soldiers routinely train here, with a mission to keep Finland’s government running and city residents safe in a network that features more than 124 miles of tunnels, passageways and shelters.

Much of the network has been adapted over recent decades with defense in mind. Blast doors seal entrances. Passageways are adapted so the military—with a regiment dedicated to controlling the tunnels—can contain enemy infiltrators. Utility and subway tunnels provide arteries for communications, water supply and Wi-Fi. There is enough shelter space for all city’s more than 600,000 residents in the event of an attack or disaster.

The subterranean defenses have long been in place, but the Finns are now stepping up preparedness as Russia readies for Zapad 2017, the country’s largest military exercise since the end of the Cold War, in September.

“The soldiers make sure we will have the advantage underground if they ever come to us wanting a fight,” said a former Finnish Defense Ministry official.

Russia’s war games will take place on Finland’s border as the North Atlantic Treaty Organization steps up its own presence in the Baltics, across the Gulf of Finland. The country is in the European Union, but not a member of NATO.

With thousands of Russian troops expected to mass at the border for the exercise, the Finns worry the training could be a screen for aggressive military moves.

“More than looking at what will happen during the exercise, we’re more interested in what will happen afterward and make sure that the troops actually do leave,” said Jarno Limnell, a Finnish expert on cybersecurity and military science. 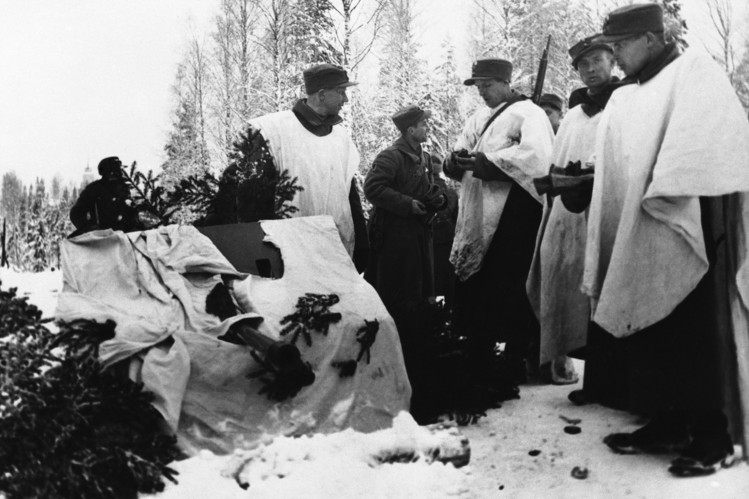 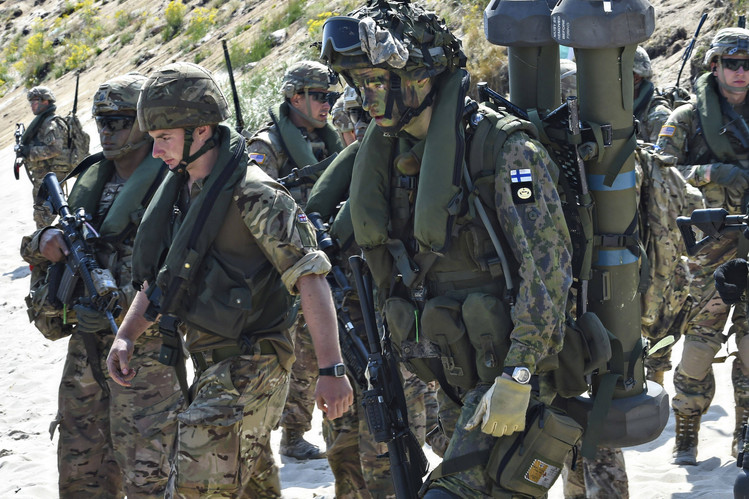 TOP: A Finnish light artillery squad on patrol in January 1940. The three-month winter war against the Soviet Union has long informed Finland’s defensive planning. ABOVE: Royal British Marines and Marines from Finland take part in multinational exercises in Sweden in 2015.

Much of Finland’s defensive planning has been shaped by its three-month-long war against the Soviet Union in the winter of 1939-1940. In record cold temperatures, small groups of Finnish ski soldiers in winter camouflage picked off approaching Red Army soldiers in the forests. The Finns lost 10% of their territory to the Soviets, but maintained their sovereignty.

Planning is still shaped by that experience—with an emphasis on survival and forcing the enemy into unfamiliar terrain—though it shifted, after the Cold War, to the tunnels.

In March, Finland carried out a military exercise based on a recent, real-world scenario: The takeover of government buildings by foreign special forces, like the Russians who seized installations in Crimea ahead of Moscow’s 2014 annexation of the Ukrainian peninsula.

Some of those exercises took place in Helsinki’s underground labyrinth. The network connects shopping centers, subway tunnels, parking garages and pathways that accompany power and water lines. Tunnels also lead into passageways used only by the military and connect to an island used exclusively for the military regiment responsible for defending Helsinki.

The vast majority of underground Helsinki is dual use, and few of the tunnels are secret. Most city residents descend on occasion to get around, particularly in winter; some shop, swim, or attend an underground church. One swimming complex beneath a shopping center can be transformed within hours to shelter 3,800 people.

“Today if you build a new underground space, it must be capable of being transformed into a defense center within days,” said Ilkka Vahaaho, an employee of the city of Helsinki’s real estate department. Defense centers are connected to city power and water supplies, and some have advanced ventilation capable of filtering out radioactive particles.

Moscow’s confrontation with the West has prompted Finland to reassess aspects of its defense policy—though government defense strategists say it is highly unlikely that Russia would invade as it did in Crimea. June legislation allows Finland to ask other countries, including NATO members, for military assistance in case of attack. 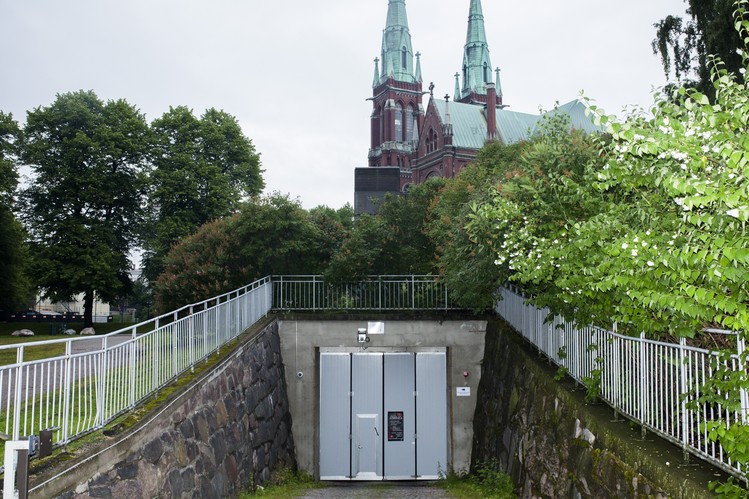 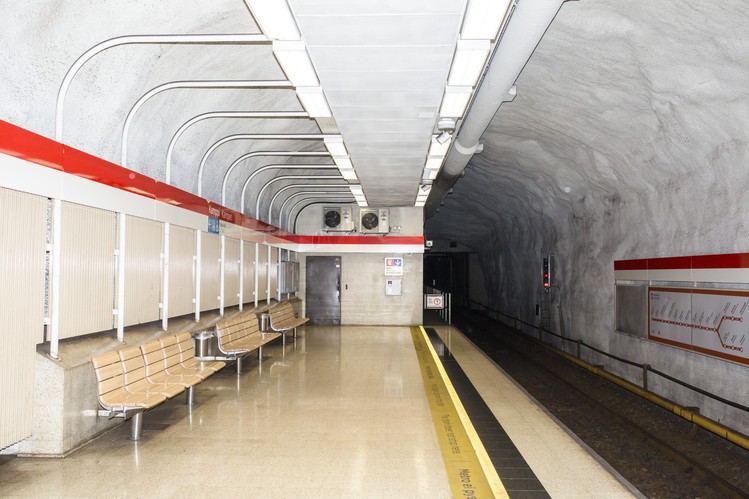 TOP: The entrance to the Johanneksenpuisto bomb shelter in Helsinki. ABOVE: Kamppi Metro Station in Helsinki, where subway stations in the city center have been equipped to serve as shelters.

“Short of joining NATO, these moves are helping to integrate Finland into the Western security system, which is a fundamental shift for the country,” independent defense analyst Petri Makela said.

Exercises underground and elsewhere combine military and civilian organizations, including businesses and medical workers who practice responding to crises. Finnish authorities say their system of civilian-military defense councils assures that national defense is considered at all levels of civilian life.

“The tunnel system we’ve built comes from our own lessons learned from the Second World War: You need to do what you can to keep your vital functions going even if you’re being heavily bombarded,” he said. “That’s why they’re there.”

High-ranking officials here say the country faces other, nonmilitary, threats from Russia: cyberattacks, information warfare and political and economic pressure, something referred to as “hybrid warfare.”

Finnish authorities say they have seen concerted efforts by pro-Russian nongovernmental groups, social media accounts and cyberattacks attempting to influence domestic politics. Moscow has scoffed publicly at accusations it uses such methods to influence politics abroad, and President Vladimir Putin has denied that the state is behind hacking attempts.

Finland says it has faced Moscow’s use of pro-Russian activists, propaganda and political pressure on Finnish politicians since the Cold War.

This year, 10 countries from NATO and the EU committed to establishing a research center focused on hybrid warfare, to open in Helsinki in September.

“When Western Europe started talking about hybrid warfare and preparing to defend against it, we realized this is what we’ve already been doing for decades,” said Mr. Kuusela.