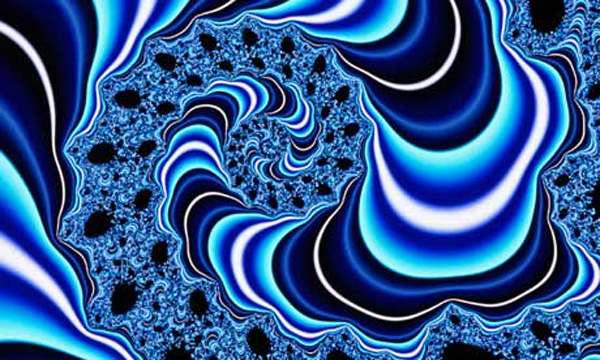 By relying on grammar rules in class, learners are in danger of becoming detached from the dynamism of spoken language

A van pulls into a UK service area sporting in foot-high letters the query, "Does my broadband look big in this?" Nearby, McDonald's announces to the world: "I'm lovin' it." To the learner of English, often brought up on a diet of grammar rules and comfortably defined meanings, such instances of language use, while commonplace, often seem to defy analysis.

In particular, it is pointless to debate whether the hamburger slogan represents correct use of a stative verb. If the rule does not match such widespread usage, it is the rule, not the example, that has to go.

But why are grammar rules so elusive? Why do so many items of vocabulary seem to defy the attempts of lexicographers to tie them down to anything other than a vaguely defined core meaning? Why does the socio-cultural context of today exert such a powerful influence on the received meaning of tomorrow?

The answer lies in the dynamic nature of language itself and in the complex network of ever-changing patterns that are constantly being expanded and reformed through an ongoing process of interaction, iteration and feedback.

Sometimes a simple phrase can, through a process of quasi-repetition, spread from its initial roots to spark off a new generation of inferences. Thus, the example cited above is being used by a British telecoms provider to capitalise on a popular catch-phrase from a 1990s comedy series in which the question, "Does my bum look big in this?" is repeated in a variety of humorous situations.

Learners and teachers generally favour practical solutions to language problems in the form of easy-to-follow guidelines and clear categories that serve to package language structures and utterances for easy consumption. But there are times when we can benefit from taking a broader view by considering the language we use in the context of other, more rigorous, scientific disciplines.

One view of the world in particular embraces a wealth of perceptions that extend from the beauty of a rose to the violence of lightning, from the magnificence of the fjords to the mysteries of the macrocosm; science, nature and art coalesce in the fantastic world of fractal forms.

A fractal is essentially a mathematical construct – a formula, if you like – but unlike the Euclidean geometry of perfect circles and triangles, fractals are forms that are present in nature and that embody the key features of self-organisation, self-similarity and dynamism.

Human language shares these traits; like the weather, it changes in a dynamic way as seemingly insignificant factors are fed back into a loop of cause and effect in which the magnitude of the outcome bears no relation to that of the input values, a phenomenon which frequently produces unexpected results, the so-called butterfly effect of chaos theory.

(Unless you consider that there might be a conspiracy to destroy language and limit peoples vocabulary. Much in the same way that weather manipulating technology is messing with the natural dynamic of the weather on this planet. But since this is happening outside of most peoples awareness, it doesn't exist .. right? The results of weather manipulation or destruction of language might still be unexpected though.)

For this reason the dynamic nature of the English language does not properly lend itself to static analysis; it is not governed by simple rules but driven by an ongoing, iterative process of self-referential contextualisation. In other words, English usage obeys a set of "laws", but these are complex in nature and often defy prediction.

The paradigm used in the fractal approach to ELT concentrates on creative output rather than on a fixed initial state of the language. Since the model is rooted outside any notion of formal language structure, it may be counterintuitive to many language teachers, but also opens up new possibilities by placing more emphasis on non-verbal contributors to meaning, acknowledging more grey areas of acceptability, stressing the fleeting nature of the spoken language and allowing the teacher to use material that may previously have been disregarded since it did not conform to a previously perceived pattern.

Each time a word or expression is used, it acquires a new valence as a result of external factors such as the context in which it was uttered, the intention of the speaker and the medium in which it occurred. By declaring "war on terror", George W Bush had already redefined the notion of "war", and by similarly declaring a cyber attack to be an "act of war", the Obama administration has recently extended this notion still further – or more accurately, has provided an additional instance variable within the mathematical boundaries of the set of meanings attributable to the term "war".

This phenomenon applies to every use of the language and is the generating force behind all forms of peer group discourse, from rhyming slang and Hinglish to financial jargon, political obfuscation and Twitterese. The dynamic model recognises that by using the language we change it. Once you have used or encountered a word or a phrase in a new context, it takes on associations and meanings it did not have before. Such instances of linguistic iteration frequently fall outside the scope of regular language lessons and yet the patterns they reveal are as commonplace as they are complex.

For teachers, it is important to resist the temptation to dumb down or sanitise the language in order to teach it. If a received grammar rule or text-book explanation fails a harsh reality check, then it is time to throw it out, but by contrast, educators should be wary of discarding real-life material by characterising it as "slang", "regional", "jargon", or similar and instead seek to emphasise the effect that context has on meaning and introduce new material from a wide range of sources, even if they appear to conflict with one another.

Above all, the fractal approach favours a goal-oriented method of teaching combined with a holistic view of language acquisition. It encourages students to explore new paths and expand their language skills by discovering new aspects of English through pattern recognition rather than static language acquisition. The objective is not to tame the chaos of language but to encourage learners to appreciate the dynamic qualities inherent in its use.

Rather than being alienated by new instances of self-referential language in practice, students, too, should be lovin' it.