Britain To Outlaw "Hate" and "Extremism"

Ehh? Not for long then it seems. 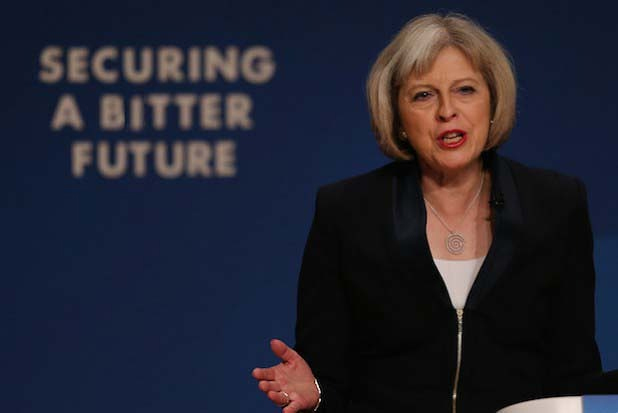 It's remarkable how blind these folks are to their one way tolerance and inability to see that their "banning," "outlawing" and "criminalizing" of behavior is emulating the very actions and behavior of those they claim to oppose. "Let's ban Fascism" they say. Just like they claim that Fascists do (did) ... right?

“The truth is only hate speech to those who hate the truth.”

Listen to what Kai Murros has to say about hate:

In one more profound step towards a totalitarian cultural marxist state the UK home secretary Theresa May announced on the Today programme on BBC Radio 4 the "British" government’s determination to make "hate," "extremism" and "Neo-Nazism" illegal. "British values" are now to become the official values of everyone in the United Kingdom and the multiracial and multisexual nature of the state is to be rigidly enforced.

It appears that the proposed bill will include a ban on broadcasting "extremist" views without permission and a requirement to submit to the police in advance any proposed publication on the web and social media or in print. The bill may also contain plans for banning orders for "extremist," "Nazi"or "Fascist" organisations and individuals who seek to undermine democracy or to use "hate speech" in public places. But it will fall short of banning on the grounds of provoking hatred as this is already covered by the "public order antisemitic, racist or homophobic offences" legislation that already exists.

Though Muslims have been mentioned in the context of the bill there is a sense that this legislation is aimed at indigenous White Nationalists, a group which is rising in prominence in relation to the dispersement of facts on the Internet undermining the Holocaust narrative, as well as public concern over rising immigration and failing multiculturalism coupled with the increasing oppression of Whites in schools and the workplace through "anti-racism" strategies which target and discriminate against them.

Asked in confidence about the best tactic for going forward under such circumstances, a former British university professor of political science said "The best tactic down history in such a case is for as many individual people to get banned as possible. The more people who get banned the weaker the legislation becomes and the more real street cred this group gains for the future. It serves to meld and bond originally disparate strands into a larger single political grouping, something the movement had great difficulty in achieving before. In a sense the state is openly legitimizing both the counter culture and an alternative political elite in the eyes of young radicals. Groups and individuals never heard of before become significant and achieve publicity possibly for the first time in a controlled-media. The next stage is public free-speech protests against banning orders. Driven by the Jewish paranoia of it’s owners, the government is taking the most stupid route possible and is in fact publically creating an identifiable alternative governing class. This was a major factor in weakening other regimes in the past because by virtue of being banned the individual becomes accredited as a tried and trusted politician for the public to look to as authentic when the regime who banned them collapses or is brought down."