Bush wants history to see him as a liberator of millions 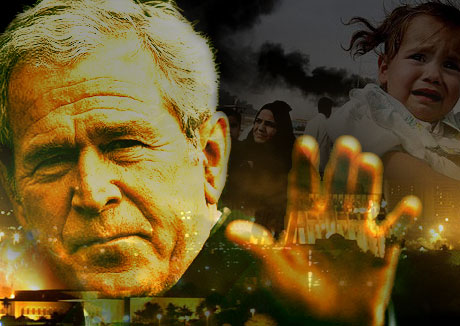 George W. Bush hopes history will see him as a president who liberated millions of Iraqis and Afghans, who worked towards peace and who never sold his soul for political ends.

"I'd like to be a president (known) as somebody who liberated 50 million people and helped achieve peace," Bush said in excerpts of a recent interview released by the White House Friday.

"I would like to be a person remembered as a person who, first and foremost, did not sell his soul in order to accommodate the political process. I came to Washington with a set of values, and I'm leaving with the same set of values."

He also said he wanted to be seen as a president who helped individuals, "that rallied people to serve their neighbor; that led an effort to help relieve HIV/AIDS and malaria on places like the continent of Africa; that helped elderly people get prescription drugs and Medicare as a part of the basic package."

Bush added that every day during his eight-year presidency he had consulted the Bible and drawn comfort from his faith.

"I would advise politicians, however, to be careful about faith in the public arena," the US leader said in the interview with his sister Doro Bush Koch recorded as part of an oral history program known as Storycorps.

As his second term in office draws to an end, Bush joked he would miss some of the trappings that come with the presidency such as trips on Air Force One, never being stuck in a traffic jam, and the president's residence at Camp David.

But he said he was glad to be stepping back into the shadows.

"Frankly, I'm not going to miss the limelight all that much. It's been a fabulous experience to be the president ... But it will be nice to see the Klieg lights shift somewhere else."

The interview, which Bush recorded with First Lady Laura Bush, will be stored in the library of Congress and a museum devoted to the Bush presidency.