Cambridge Conference: 'Paedophilia is Natural and Normal for Males' 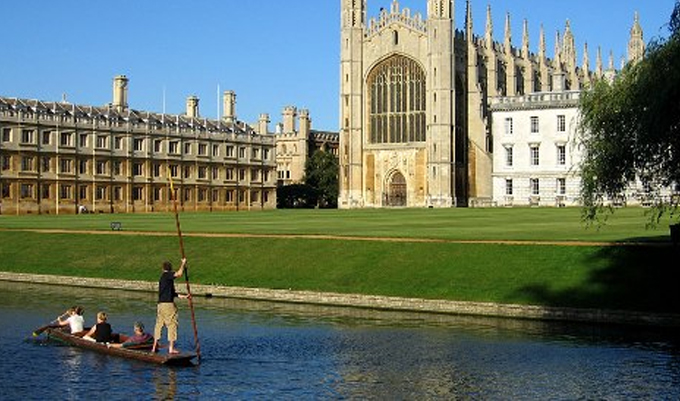 An academic conference at the University of Cambridge last July was told that paedophilic interest is “natural and normal for males”, and that “at least a sizeable minority of normal males would like to have sex with children… Normal males are aroused by children.”

Other topics discussed at the conference included “Liberating the Paedophile: A Discursive Analysis” and “Danger and Difference: the Stakes of Hebephilia” – hebephilia being sexual attraction to children in early puberty.

The revelations come following an investigation by Telegraph journalist Andrew Gilligan, who says that the conference, entitled “Classifying Sex: Debating DSM-5”, featured a number of speakers who spoke in favour of sex with children

Attendees included Tom O’Farrell, a child sex offender and campaigner for the legalisation of sex with children, who wrote on his blog that the conference had been “Wonderful”. “It was a rare few days when I could feel relatively popular!” he added.

Another attendee, Professor Philip Tromovitch of Doshisha University in Japan, stated in a presentation on the “prevalence of paedophilia” that the “majority of men are probably paedophiles and hebephiles”, adding that “paedophilic interest is normal and natural in human males”.

The conference was convened last year to discuss the classification of sexuality in the Diagnostic and Statistical Manual of Mental Disorders (DSM), the standard international psychiatric manual used by the legal system.

The American Psychiatric Association (APA), which produces it, had been locked in battle over whether hebephilia should be included as a disorder. This proposal had arisen because children are going through puberty younger and the current definition of paedophilia – attraction to pre-pubescent children – was missing ever more young people.

Professor Ray Blanchard of the University of Toronto said that unless hebephilia was incorporated into the new manual, it would be “tantamount to stating that the APA’s official position is that the sexual preference for early pubertal children is normal”. The proposal, however, was defeated.

The revelations come as more and more accusations of child abuse by famous people in the 1980s come to light.

Last week, painter and TV presenter Rolf Harris was jailed for five years and nine months for 12 indecent assaults against four girls, one aged just seven or eight. The offences took place between 1968 and 1986.

There was also renewed concern about the disappearance of a dossier containing the names of several prominent people who were suspected of paedophilia in the 1980s. Former Home Secretary Leon Brittan was forced at admit last week that he had been handed the document by MP Geoff Dickens and then passed it on to his civil servants. He could not recall what happened after, however.