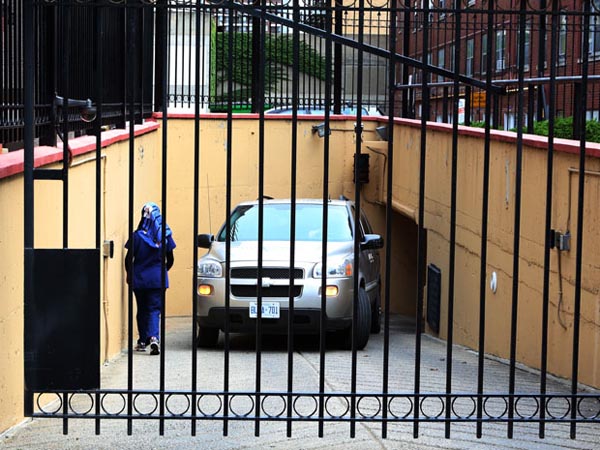 Speaking to reporters in Russia, where he’s attending the Asia-Pacific Economic Co-Operation summit, Baird said the government is formally listing Iran today as a state sponsor of terrorism under the Justice for Victims of Terrorism Act.

That will theoretically allow Canadians affected by terrorism supported by the Iranian regime to sue.

Later in the day, Baird added Syria to the list of terror-sponsoring states.

“Canada is committed to fighting global terrorism and to holding perpetrators of terrorism — and those who provide them support — accountable for their actions,” Baird said following a news release that officially added Syria to the list.

“Building resilience against terrorism is a priority for our government, and respect for the rule of law prevails in a resilient society,” added Public Safety Minister Vic Toews.

"Iran is among the world’s worst violators of human rights. It shelters and materially supports terrorist groups," Baird said in a news release announcing the formal terror listing, adding: "Unequivocally, we have no information about a military strike on Iran."

Baird said Canada has closed its embassy in Iran, effective immediately, and declared personae non gratae all remaining Iranian diplomats in Canada. Those diplomats must leave within five days. All Canadian diplomats have already left Iran.

"Canada’s position on the regime in Iran is well known. Canada views the government of Iran as the most significant threat to global peace and security in the world today," he said in the statement.

The statement cited Iran’s support for Syrian President Bashar al-Assad’s regime, its failure to comply with UN resolutions on its nuclear program and its threats against Israel.

A sign on the door of the Iranian embassy in Ottawa on Saturday, telling Iranians that embassy staff would be unable to help them with consular services, was the first sign of difficulties to come for Iranian-Canadians.

"Due to the hostile decisions of the Canadian government, the embassy of the Islamic Republic of Iran in Ottawa is closed and has no choice but to cease the consular service of our dear compatriots," read the sign, taped to the door.

Calling Iran "the most significant threat to global peace and security in the world" - Canada’s foreign affairs office issued a statement on Friday listing grievances with Iran, which included its support of the Syrian government and its human rights record.

The Canadian embassy in Tehran remains closed and Iranian diplomats have been put on notice to leave.

Already, the semi-official Fars news agency reported on Saturday that Ali Larijani, Iran’s parliamentary speaker, who is tipped to be a possible candidate in next year’s presidential elections, had cancelled his visit to Ottawa scheduled for late October.

"I view the decision as irrational - it has no rational foundation it does not make sense," said Mohamad Tavakoli, a history professor in the Department of Near and Middle Eastern Civilisations at the University of Toronto.

If Canada is interested in resolving key crises in the Middle East, such as in Syria, then the timing is also bad, said Tavakoli.

"What I find disturbing is this combination of defending human rights and linking it to intense militarism," he said, adding that such thinking was the legacy of the United States administration of George W Bush.

The US state department declared its support for Canada’s move on Friday.

"Many countries have different relationships and different types of diplomatic facilities, so I don’t want to paint with such a broad brush to say every country should do this or that," said state department spokesman Patrick Ventrell in a press briefing.

"Suffice it to say, we want all countries to join us in isolating Iran as they see appropriate, and there are many different ways that they can do that."

Read the full article at: aljazeera.com