Causal Multiplicity: The Science Behind Schizophrenia 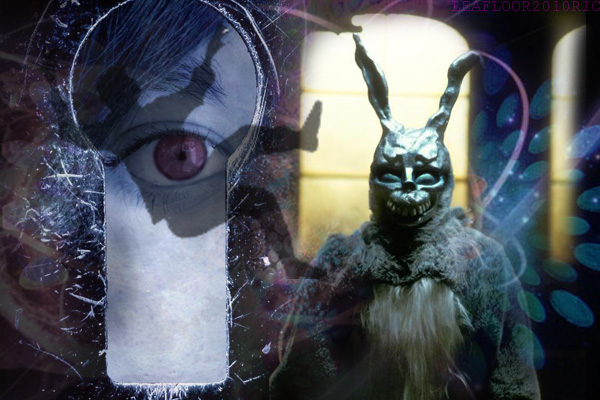 “I’m Jani,” the cute little six-year-old says, introducing herself. Thick curls of blond hair billow from little Jani’s head, tumbling about as she grins up at you. “I have a cat named Emily 54,” she explains, “and I’m Saturn-the-Rat’s baby sitter.” With her apparent penchant for animal camaraderie, it seems only fitting that Jani would want to be a veterinarian when she grows up. “I’m empathetic with rats,” she explains. The use of words such as “empathetic” exhibits a captivating–if not curious–intelligence for a child her age; when asked about the meaning of the word, Jani explains that, “It means you like rats.”

If what Jani describes sounds strange, it’s not merely because of her superior intellect; in fact, most of the animal friends she regularly claims to interact with don’t really exist. Though many children her age describe having imaginary friends, Jani’s interaction with dogs, birds, and other “pets” seem powerfully real to her, because she suffers from schizophrenia. “Sometimes I wonder,” Jani’s mother wonders aloud. “Is she seeing stuff that really is there, and it’s just we’re not seeing it?”

Over the years, there have been a handful of others who have asked questions similar to the honest probing of Jani’s mother, taking into consideration whether schizophrenia, as an illness, harbors more within its mystery than modern medicine has managed to explain. One of the most recent assessments of the condition appears in an article in Discover Magazine, seeking to explain schizophrenia as a virus rooted in the DNA of its victims. “Schizophrenia has long been blamed on bad genes or even bad parents,” the article reads, citing “cold mothers” (emotionally cold, rather than physically chilly) as one perceived reason for the eventual development of the disease. However, a growing group of scientists say this is hardly the case. “The real culprit, they claim, is a virus that lives entwined in every person’s DNA,” writes author Douglas Fox. However, there are lesser known alternative theories that link schizophrenia to far more than just inherently human components like DNA: in this case, it may even have to do with a psychedelic compound produced within our bodies called DMT. 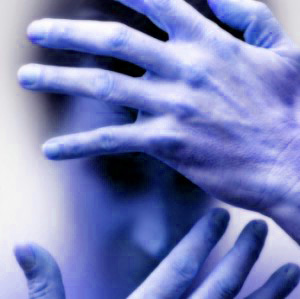 One study involving theories linking DMT and schizophrenia was related in the journal Psychopharmacology, Volume 47, Number 1, in an article called “Dimethyltryptamine levels in blood of schizophrenic patients and control subjects.” In the study, dimethyltryptamine (DMT) levels were measured in the blood samples of normal “control” individuals and schizophrenic patients. “The results appear to suggest that the mean DMT level was higher in the total patient group,” the study said, although patients with acute psychosis, as well as female participants and patients suffering from “suspiciousness scores on the BPRS of 4 or over” were not found to be statistically significant. Similarly, studies were conducted in the 1950s with schizophrenia patients, during which they were administered DMT to measure similarities between the “DMT state” and descriptions of their schizophrenic hallucinations. Appearing in The Journal of Mental Science in 1958 under the title “Dimethyltryptamine Experiments with Psychotics,” researcher Stephen Szara described a peculiar circumstance where one of his patients had described “strange creatures, dwarves or something,” at the beginning of an induced DMT trip. Finally, a similar study in 1959 experimented with ten schizophrenic patients, injecting them with DMT. Of all the participants, only one woman was able to recall anything of her experiences afterward, describing inhuman entities trying to hurt her. “I was living in a world of orange people,” she said of her experience.

In my book Magic, Mysticism and the Molecule, I go into greater detail about some of these instances. Below is a brief excerpt from the book, where I describe some of the similarities between experiences recounted by those given DMT and schizophrenic patients, compared with cultures who describe hallucinations separately from mystical experiences they’ve had:

In these studies, the schizophrenic patients described these instances of encounters with “beings” only during their DMT trips. Similarly, in many shamanic practices by native cultures, DMT or other psychedelics might be introduced using things like the ayahuasca tea to induce their visions, though some visions may still occur using methods other than those involving psychedelic substances. As a result of the many parallels between mystical states similar to the DMT experience and documented schizophrenic hallucinations, it has been suggested of shamanic visions that cultural relativism, where foreign definitions of abnormality would differ from our own due to varying cultural and social norms, might cause these shamans to be labeled the same as schizophrenics in western society. Again, let us return to the 1976 report by psychologist Jane Murphy, regarding Eskimos and West African Yoruba tribes making distinctions between altered states of consciousness and “being crazy,” as might be the case with schizophrenia. The Eskimo word, “nuthkavihak”, describes one who may carry on conversations with oneself or one who refuses to speak altogether, as well as noting delusions and other erratic behavior. Similarly, the Yoruba people refer to this as “were”, a condition almost identical to its Eskimo counterpart. Both cultures treat these as what we, in the West, might call schizophrenia, while separating shamanic visions altogether as something controlled and wholly spiritual.

Another unique study that illustrates distinct similarities between schizophrenia, DMT trips and mystical experiences resulted from the work of psychologist Wilson Van Dusen, Ph.D. In the excerpt below, I detail some of Van Dusen’s observations of schizophrenic hallucinations which led him, much like young Jani’s mother in the earlier example, to question whether the disease might actually incorporate certain external forces that acted on his patients:

Another instance where the parallels between DMT trips, alleged contact with entities and the descriptions of schizophrenic patients have been noteworthy involves the research of psychologist Wilson Van Dusen, Ph.D. Van Dusen conducted a fascinating study with hundreds of schizophrenic patients and individuals suffering from hallucinations where entities would appear before them. In an attempt to better understand the nature of schizophrenia, he decided he would try and interact with the hallucinations described by his patients, and by finding individuals who were able to distinguish between their own thoughts and those presented by the hallucinations, Van Dusen hoped to establish a relationship with both the patient and the “entities” they described, with the patient acting as a sort of “interpreter.”

During the “interview” sessions Van Dusen treated the hallucinations he wished to speak with as though they were “real,” much as his patients believed them to be. Often speaking directly to the entities, he asked the participants to dictate their replies to him word for word. By doing so, Van Dusen was exposed to bizarre instances of dialogue, sometimes held for long periods, which often seemed to be symbolically and literally beyond comprehension levels of the patients themselves. Many of the patients even expressed that their encounters with the beings were actually some sort of contact with entities from other worlds, rather than being mere hallucinations.

Supposing that his patient’s interpretations may be of some merit, Van Dusen believed that there might be a connection with these entities and spiritual phenomenon like possession and other instances of paranormal contact with beings like ghosts, spirits, or demons. Though most in the clinical world would never consider a source for this kind of interaction beyond fragments of the patient’s own unstable mind, Van Dusen questioned whether the entities he had managed to connect with might “really be spirits or pieces of one’s own consciousness?”

Could there be a link between the natural levels of DMT present in the human body and those suffering from schizophrenia?

Read the full article at: gralienreport.com