Censorship for Christmas: Sweden Passes Law to Criminalize Any Criticism of Immigration 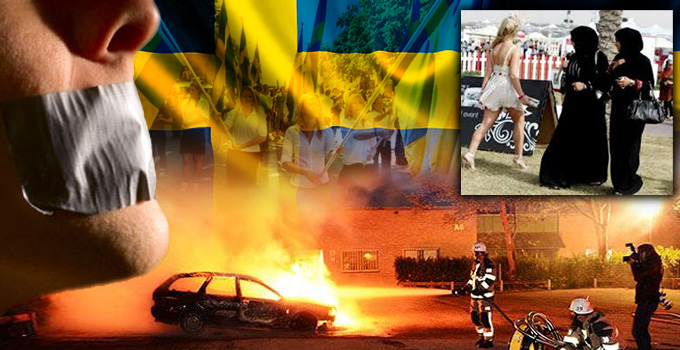 A new law will come into effect in Sweden after Christmas 2014, that will allow people to be prosecuted for criticizing immigration or politician’s unwillingness to tackle the issue.

“I do not think it takes very many prosecutions before a signal is transmitted in the community that the internet is not a lawless country, the sheriff is back in town” Norlén said during a one-sided "debate" on the issue in Swedish parliament.

This new law is meant to stop Swedish people from complaining about their country being turned into a third world nation.

Without freedom of speech there can be no democracy. If you are not allowed to say certain things then parties that support your ideas cannot exist and Sweden is at high risk of turning into a communist USSR-like country. 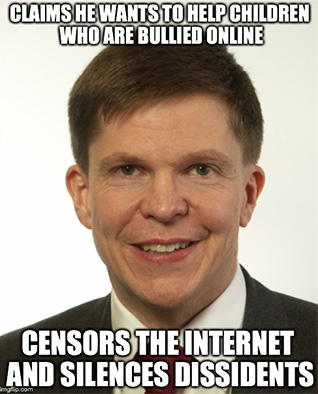 Comment: We here at Red Ice Creations urge more Swedes to stand up and speak out against the destruction of our Nordic and Western values, such as freedom of speech and this absolute violation of the right to criticize our government and how they are destroying the country that our ancestors built with blood, sweat and tears.

Our values, culture and tradition is being eroded in order to accommodate the feelings of various global majority groups that have decided to come to Sweden of their own volition. If they don’t like Sweden, Swedish people or the fact that we are a majority in our own country, then they can leave!

In the last three decades Sweden has been transformed into an unrecognizable heap of chaos. From schooling, to welfare and elderly care - it’s all gone downhill. Crime, violence and rape - have all skyrocketed, to absolutely outrageous levels.

Instead of dealing with these problems and facing reality, Sweden has reformed itself to an EXTREME country, with the aid of an EXTREME immigration policy. The criticism that now is beginning to take place against these undemocratic policies, have caused the government of Sweden to turn on its own native population. Swedes themselves are not protected under the new "hate speech laws" for example. The country is now on the verge of utter totalitarianism, only comparable with the USSR.

We urge everyone who is a native Swede to not comply with this new law. In fact, it’s your moral obligation to NOT comply. The more of you who don’t cower and self-censor in order to accommodate this insanity, the worse it will get ...for awhile. As more arrests are made, Swedes will start waking up to the reality and realize how bad the conditions have become. The government is not your friend and your interests are not represented, this is the harsh reality that has to be faced. The future of Sweden and the Swedish people is at stake. Everyone who cares about Sweden and the Swedish people will need to take a stand at this critical juncture in its history and resist on every possible level. The alternative is the end of the Swedish people and the completion of the population replacement agenda that has been planned in every European country.

As Swedes, we have become the dispossessed majority in our own country. Swedish people are a global minority and if anything, we should be the "protected" ones. The difference is: we don’t need it! We don’t need to hide behind some law. We’ve faced insurmountable crises in our history and we’ll make it through this one as well. However, you can’t sit around passively waiting for someone else to do it for you. You have to be part of it, so let the criticizing begin! 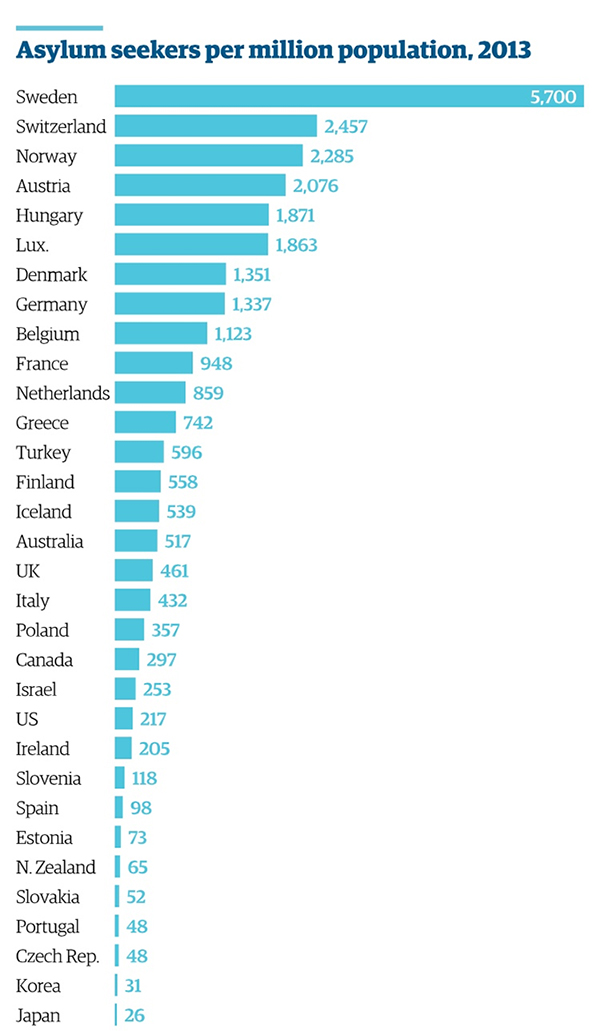 The Swedish parliament has changed the constitution to make it easier to prosecute Swedes who insult government officials, immigrants, LGBT’s, Muslims, and other minorities on the internet. Swedes are not protected by the changes because they are not considered to be an ethnic group and can therefore never legally become a minority.

Who advocated this change and what reasons were given?

Anders Norlén of the Moderate Party was the main individual propagating for this law. His strongest argument was the appeal to emotions fallacy.

“Today we are faced with a painful reality whereas youngsters suffer greatly from online bullying.”

He also argued that defamation on the internet can lead to great suffering/offence and that the internet needs to adapt to the rest of society. Whilst you previously needed special reasons to prosecute, now the only prerequisite is that it should be called for from a public perspective.

“These are good changes. They give somewhat better opportunities for the public prosecutor and police to take action”

“It sends a signal to people that the internet is no longer a lawless land; the sheriff is back in town”

What does this mean for Swedish Surveyor?

It would be naïve to think that the constitution was changed abruptly and without debate to protect children who get bullied. This was done unanimously by the parliament because the politicians themselves now become more protected from online critique and perhaps it could be even be used against the alternative news sites popping up due to the biased media.

The purpose of this blog is not to insult and I do not see myself as doing so, the purpose is to reveal absurdity and hypocrisy in Sweden. I have and I will continue to shed light on specific politicians, journalists, political parties and other groups and it is possible that they may feel “offended”.

I could be sued and in-effect censored but until that fateful day comes I will continue writing because I consider it a sacred duty to inform the world of the problems that exist here. Thereby, those who read Swedish Surveyor will be aware of the consequences that Swedish policies can have and if I am lucky one or two Swedes will too.

Why not leave out the name of the person in question?

Swedish Surveyor is not solely to inform but also to pressure politicians, journalists and other public figures to take responsibility for their actions. If they are immune from critique they have no incentive to do so.

If a newspaper can utilize an extremist left-wing hacker group to expose 6200 anonymous citizens to the whole Swedish population and get away with it then I should be able to write about public figures.

No, I will not self-censor to appease “offended” politicians, journalists, or other public figures.