A device that resembles an old phonograph may soon be used to jam and shut down vehicles like the one that killed 10 people in Toronto.

The van driver terrorist who killed 10 Toronto pedestrians on Monday showed that a terror technique that ISIS pioneered in Iraq and Syria in 2015 remains terrifyingly effective against unsuspecting urban populations. But the U.S. military is working on a new weapon to stop vehicle-born terrorist threats, one that could help police departments as well.

The Defense Department’s Joint Non-Lethal Weapons Program, or JNLWD, is pushing ahead with a new direct energy weapon that uses high-powered microwaves to stop cars in their tracks without damaging the vehicle, its driver, or anyone else.

The jammer works by targeting the car’s engine control unit causing it to reboot over and over, stalling the engine. Like an invisible hand, the microwaves hold the car in place. “Anything that has electronics on it, these high-powered microwaves will affect,” David Law, who leads JNLWD’s technology division, said in March. “As long as the [radio] is on, it holds the vehicle stopped.” 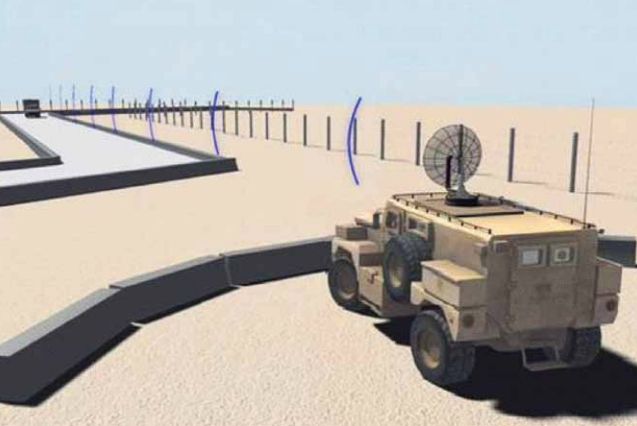 Law’s crew has dubbed the device the Radio Frequency Vehicle Stopper. They’re working on two versions. A small one, vaguely resembling an old-time phonograph, can fit in the bed of a truck. With a range of 50 meters, it is intended for hot pursuits. To deploy it, the driver would pull out in front of the attacker and turn it on.

For more random truck attacks, like the one in Toronto, the directorate is working on a stationary version about three times the size. Augmented by an amplification device and a larger dish, this one would have a range of a “few hundred” meters, Law said. If you could figure out the most likely locations for a vehicle-borne terrorist attack, you could pre-position the device. A video of a live demonstration of the technology is below.

The military is developing the weapon for “force protection” — as in protecting soldiers and bases. But it has applications for police as well. Placed strategically around cities, it could prevent attacks like the ones in Europe, Canada, the United States, and elsewhere. There are, however, some tricky legal issues involved in using electronic and radio jamming devices in the United States.

The directorate hopes to have a working prototype by FY 2019.

There’s a reason no one has thought of this before. The concept of the radio-frequency stopper reflects a breakthrough in shrinking power generators as in ray gun tech. Direct-energy weapons use a lot of power. Electricity to run the stopper comes from a gasoline-powered turbine from Indianapolis-based Candent Technologies that generates 300 kilowatts of power. Says Law.

At 400 pounds, it’s about the size of a large copy machine. But that’s a fraction of the size of generators that the military would use for similarly power-hungry tasks, like massive Mobile Electric Power 809A, which starts at 6,200 pounds

The directorate will take possession of the generator in September.