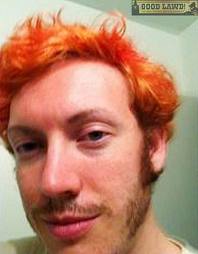 James Holmes, the Aurora, Colorado shooter who reportedly opened fire at a Batman movie premiere, was a medical student at the University of Colorado, pursuing a PhD in neuroscience, reports ABC News.

As part of the attack, Holmes painted his hair red and referred to himself as "The Joker," one of the arch enemies in the DC Comics-inspired Batman movie series.

According to news reports, this sudden violent rampage was completely out of character for James Holmes, who was described as "shy."