Confirmation: Europe's New President is a Jesuit! Video Interview with David Icke on the EU 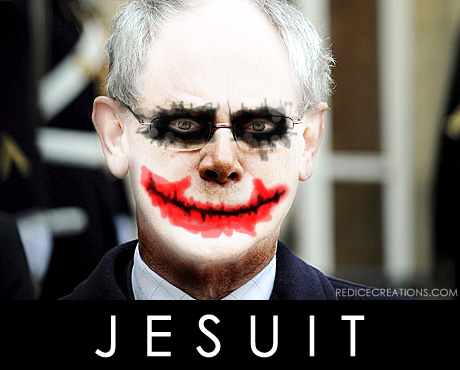 Ed Comment: This is confirmation on what we talked with David Icke about regarding the Symbolism and Roots of the European Union. Catholicism and the Vatican are at the heart of the EU. See our interview with David Icke below for more on this. Read the full article below the video. Please spread this article and video far and wide.

Apart from his fondness for haikus, and his giggle-inducing name, it's hard to think of anything interesting to say about Herman Van Rompuy, the first president of the European Council. In fact, the whole point of the Belgian's election was the avoidance of color and interest: they were looking for a low-profile eurocrat with a record of patiently building relationships, one whose focus was internal rather than external. As the Economist points out: "For all his merits, Mr Van Rompuy’s main experience of an international dispute as prime minister is the Belgo-Dutch row over the dredging of the River Scheldt."

But one interesting thing about Mr Van Rompuy is his Catholicism, about which he makes no bones. He was educated (drumroll, s'il vous plaît) by Jesuits in Brussels, went onto the Catholic University of Leuven, and in the 1980s wrote a book about Christendom as a modern idea. He is, in short, a bearer of the torch first lit by the Catholic architects of European unity-- De Gasperi, Schuman, Adenauer -- who, like Van Rompuy, were all Christian Democrats for whom faith and Europe went together.

In 2004, when he was an opposition deputy, Van Rompuy objected to Turkey joining the EU in terms very similar to those used by the then Cardinal Ratzinger (h/t to Tom Heneghan at Reuters, who puts the two quotes side by side): namely that Turkey's Islamic character would dilute the Christian character of the EU.

That kind of talk makes me queasy. But I am impressed by a speech (in French) Van Rompuy gave on Caritas in Veritate which he carries on his website. It shows a sophisticated grasp of Catholic social doctrine.

Dull he may be, but I for one am delighted that at the heart of the European Union is a politician who can write (my trans):

According to [Catholic] social doctrine, the political community is at the service of the civil society from which it is born. Civil society represents the sum total of the goods, cultural or relational, which are relatively independent of politics and the economy. The state should make sure that the legal framework allows the social actors (societies, associations, organisations, and so on) to carry out their activities in total freedom; it should be ready to intervene, only if needed and in conformity with the principle of subsidiarity, in order that the interaction between freedom of association and the democratic way leads in the direction of the common good."

Herman Van Rompuy, we salute you.

Ed Comment: Herman Van Rompuy, we DO NOT salute you! 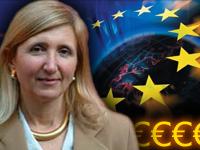