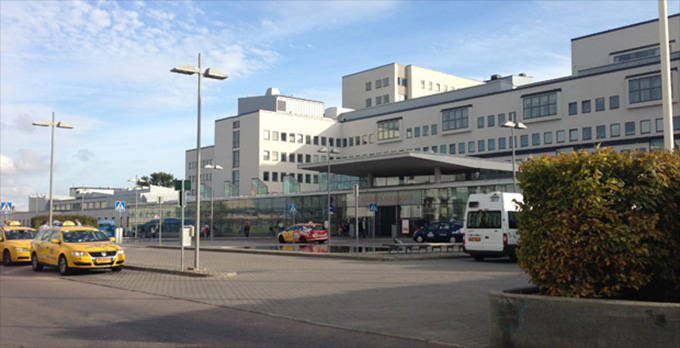 A hospital in Stockholm is understood to be first in the world to set up an emergency department specifically for male rape victims. The clinic at Södersjukhuset opened on Thursday as part of a strategy to ensure "gender equal" patient care.

Södersjukhuset already runs a round-the-clock walk-in clinic for women and girls who have been sexually assaulted in the city, treating between 600 and 700 patients a year. Now, the hospital, which hosts the largest emergency care unit in the Nordic region, is opening its doors to men and boys who are victims of rape and sex attacks.

"We are happy that we now can finally open the first rape clinic for men following the rape clinic for women," Rasmus Jonlund, a press spokesperson for the Liberal Party, which led the campaign for the department in the Swedish capital, told The Local just ahead of the launch.

The opening was also celebrated by the Liberal Party's centre-right Alliance partners in Stockholm City Council; the Moderates, which are the largest group in the capital's coalition, the Christan Democrats and the Centre Party.

"Emergency medical care for raped men will be free of charge, and offered around the clock, all year," said Marie Ljungberg Schött, a local Moderate Party party politician and council representative on emergency care in a statement.

"So far there has been no specific place for men who are victims of rape to turn to. Therefore we in the Alliance have decided to change this."

In 2014, some 370 cases of sexual assault on men or boys were reported across Sweden, according to the Swedish National Council for Crime Prevention, although experts believe that the actual figure is much higher.

"We don't know how many people will use it (...) but we know that there are many who experience these kinds of assaults but don't currently seek care," said Jonlund.

"Our hope now is that many more of these hidden victims will also be able to get help now."

Comment: There are two options here: 1, either butt rape is on the increase in Sweden. This is plausible (guess who?) or 2, this is damage control to try to alleviate the immigration/rape statistics correlations that now is starting to gain some traction.

The article reports that the hospital in this region of Stockholm, that runs a round-the-clock walk-in clinic for women and girls who have been sexually assaulted, is treating between 600 and 700 patients a year. That's TWO PER DAY, in just this area of the city!

This epidemic is due to immigrants, it' the harsh reality, but no one want to speak the truth. This newly opened male rape centre is an attempt to make it seem that this increase is somehow "normal," and that it happens to men to. It's equal ... so that is good! These kinds of things happen, don't worry about it and stop whining about racist rape statistics.

The Assange case is referenced as a reason why rape ISN'T really happening in Sweden. That it's just the ease by which you can report rape these days, but that is not it, rape it REALLY happening.

Sweden has the highest rape rate in Europe, a statistic that gained global prominence in 2010, when WikiLeaks founder Julian Assange was first accused of sex crimes in the Nordic nation, allegations which he still strongly denies.

However this is partly because the country records allegations in a different way to most other countries, tracking each case of sexual violence separately. So for example if someone says they were raped by a partner every day for a fortnight, officers will record 14 potential crimes. Elsewhere, many countries would log the claim as a single incident.

Nevertheless, the nation's high statistics have made rape a matter of high level political debate in recent years.

In 2014, a study by sexual education organization RFSU suggested that in most municipalities across Sweden, men were uncertain where they could get emergency help following a rape.

Inger Björklund, a spokesperson for the group told The Local in June that it was looking forward to the opening of Stockholm's new facility.

"There are myths about masculinity that make it difficult for men who have been sexually traumatized to talk about their experiences," she said.

"A clinic focusing on men who have been sexually abused will contribute to the awareness of experiences of sexual abuse among men and make it more possible to meet men's needs."

Jonlund said on Thursday that he hoped the new clinic in Stockholm would also be able to "spread the knowledge" aquired by its efforts, in order to help other medical centres provide the best care possible for male victims.

He also argued it was essential that work also continued to prevent rapes happening across Sweden.

"Men shouldn't have to come to this kind of clinic at all," he said.