Did Mehmet Ali Agca Go to the CIA School of False Flag Operations? 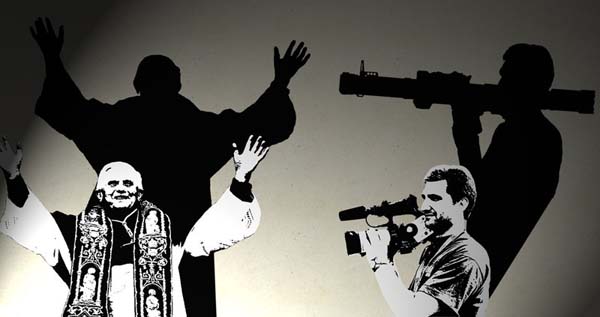 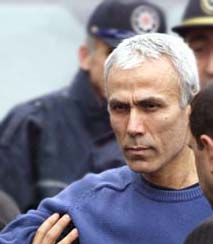 The man who served 19 years in an Italian prison (and 5 additional years in Turkey on unrelated charges) for shooting and attempting to assassinate the late Pope John Paul II in 1981 has been released from prison. Then, as now, the story of Mehmet Ali Agca’s supposed links to Soviet-era Bulgarian Secret Police plots to off the pontiff were taken seriously in some quarters. Back in the day, people like right-wing, fascist-sympathizing American politicos like Michael Ledeen were fans of this conspiracy theory. In fact, Ledeen has hardly given up on such mindfuck maneuvers. (It is suspected that Ledeen had a hand in the forged Nigerian yellowcake uranium documents that provided the infamous “16 words” in Bush’s 2003 State of the Union Address that prehaps provided the final straw in the Bush Administration's campaign to push the country into its aggression against Iraq.)

According to the Bulgarian journalist Krum Blagov, a tape purported as proof of the ‘Bulgarian Connection’ to the Pope shooting, and which surfaced in 1991, was fabricated for $1,000. Care to wager from which U.S. government office building in Virginia the money originated? It could prove interesting to follow the money on that one. Or maybe it was merely an internal Bulgarian thing – trying to curry favor with the West in the aftermath of the collapse of the Soviet Bloc, trying to cement anti-Communist sentiment with anti-Communist myths, etc. However, aside from the paucity of evidence for such a thing, the assassination attempt as a Communist plot occurs to me as one of those too-perfectly Evil and too-straight forward acts on the part of the Official Enemy to be true. Along the lines of 9-11, if you press me (or even if you don’t).

Pope John Paul’s anti-Communism was well known, then as now. He was a right-wing Pole who had always promoted the West in favor of the East. But not fanatically so, it would seem; he also reserved some criticism for the West. He was certainly no more extreme than other popes, and perhaps less so than some (say, the likes of the present Pope, for instance). Why would the Communists target him? Why at a moment when the West, under the leadership of Reagan and Thatcher, was likely to renew the Cold War in any event, as they did, would they kill a symbolic leader likely to replaced by a similarly anti-Communist in any event? Why be antagonistic at that very moment for such a pitiful and questionable gain? Is it possible they could have hoped the College of Cardinals would elect a new Communist-friendly Pope once John Paul was out of the way?
No. Not hardly. The evidence of a Bulgarian or Soviet link to Ali Agca was never impressive at all. The evidence that he was a right-winger associated with the CIA was always more significant. He was a member of the Turkish fascist group the Grey Wolves, a group more likely to be aligned with the CIA than the Bulgarian Stalinists. In fact, the CIA employed the Grey Wolves against the Turkish left in the 1960s and 1970s.
Does it seem likely that a Grey Wolf would suddenly do the bidding of the Bulgarian Communists?

Prefiguring recent revelations about the CIA skewing evidence to support the story about Iraqi weapons of mass destruction (don’t tell me you need a link about that!), ex-CIA analyst Melvin A. Goodman told "the Senate Intelligence Committee in 1990 that his CIA colleagues, under pressure from agency higher-ups, had skewed their reports to try to lend credence to the notion of a Soviet plot to murder the pope."

Just as one can reasonably question whether former CIA asset Osama Bin Laden is actually formerly so, it is right to wonder whether Mehmet Ali Agca, would-be assassin of a Pope, was ever really anything other than a CIA asset. Was Agca and the CIA coziness with the essentially Islamo-fascist Grey Wolves a foreshadowing of the relationships it had with Osama Bin Laden and the Islamo-fascists that it set up to fight the Soviet occupation of Afghanistan later in the 1980s?

Are these serious questions???

Just take a look around.

Read the full article at: u2r2h-documents.blogspot.com