Do HPV Vaccines Really Cause Deaths? 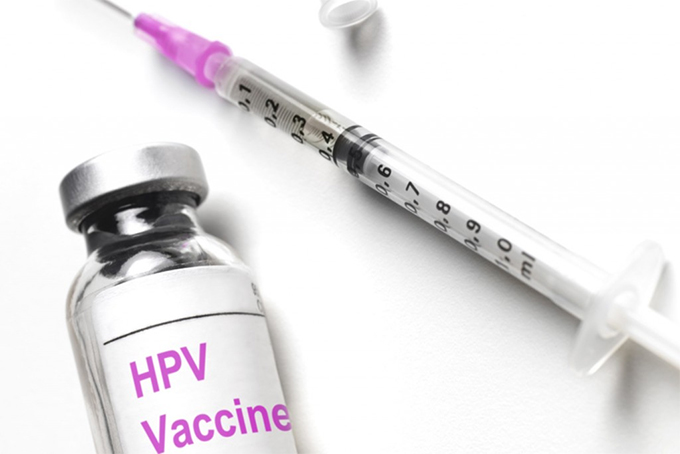 New Zealand TV-3 reporter Samantha Hayes recently investigated several “Kiwi” girls, as the NZ Minister of Health calls NZ girls, who were seriously damaged by the HPV vaccine GardasilÂ® in this 22 minute news report, which every parent ought to view and take seriously.

As a vaccine safety researcher and advocate since the 1980s, I congratulate reporter Hayes for a job well done insofar as she literally approaches the real issue involved: A medical procedure, i.e., HPV vaccine, is not being considered as a causal factor when, in reality, EVERY medical procedure has implications for complications, and that’s being ignored DELIBERATELY with regard vaccines and HPV vaccines, in particular.

The religious-like, dogmatic belief regarding vaccine ‘safety’ held by the U.S. FDA/CDC, Big Pharma and the medical profession that vaccines and vaccinations are harmless and no adverse causation can be attributed to them, emphatically defies—and flies in the face of—medical science, the “Precautionary Principle” and even the Hippocratic Oath.

What’s the HHS Health Resources and Services Administration (HRSA) vaccine court and claimants’ payouts [2] all about then? On page 5 of that report, we find 1,174 DEATH complaints from vaccines filed as of November 5, 2015. How many have been “paid” by the court is not designated. See page 8 for total payouts.

Furthermore, if the U.S. Congress, in its ‘wisdom’ realized that when it gave vaccine manufacturers a “get out of jail free” card with the National Childhood Vaccine Injury Act of 1986 (42 U.S.C. Â§Â§ 300aa-1 to 300aa-34), it felt it had to provide a financial relief fund for vaccine-injured victims, but removed legal responsibility for product injury damage from manufacturers. That, alone, is proof that vaccine damages occur. So, why does the medical profession deny it so emphatically? That denial defies medical, legal and common sense!

The medical profession and healthcare consumers need look no further than the HPV vaccine GardasilÂ® package inserts for verification of the manufacturer’s supposed and released vested-interest research.

Here is the package insert for the first GardasilÂ® vaccine approved in 2006.

I respectfully direct readers to page 7 where “Serious Adverse Reactions in the Entire Study Population” are listed for your careful consideration and that by health authorities too!

Deaths in the Entire Study Population are listed with various causes, which seem to whitewash any GardasilÂ® implications. One has to question if those statistics are reported correctly, as many whistleblowers have testified how Big Pharma alters or discards research data, as in the case of William Thompson, PhD, [3] at the U.S. CDC telling how he and his colleagues met to discard unfavorable autism findings relative to vaccines by tossing them into a large trash can [4]!

Summary of Girls and Women 9 Through 26 Years of Age Who Reported an Incident Condition Potentially Indicative of a Systemic Autoimmune Disorder After Enrollment in Clinical Trials of GARDASIL, wherein 19 autoimmune disorders are listed for females, who apparently contracted them after enrolling in the GardasilÂ® clinical trials.

What is it that government health officials aren’t getting about GardasilÂ® and the HPV vaccine, in particular, when world-wide, there’s a pandemic of females coming down with post-HPV-vaccination-syndrome, which no one wants to own up to, or figure out what’s going on. Shame on medicine!

The HPV vaccine health damage pandemic is comparable to the Autism Spectrum Disorder problem that’s been going on for two generations now. Autism went from 1 in 10,000 to 1 in 50! Can we expect HPV vaccinated young girls and boys, too, to become non-productive or non-reproductive humans?

On page 10, we find “Postmarketing Experience,” if I read it correctly, listing some of the very health issues many of the “Gardasil girls” experience, tragically on a world-wide basis!

The following adverse events have been spontaneously reported during post-approval use of GARDASIL. Because these events were reported voluntarily from a population of uncertain size, it is not possible to reliably estimate their frequency or to establish a causal relationship to vaccine exposure. [CJF emphasis added]

The mere fact that certain government health authorities choose to ignore the above ought to be prime evidence of medical collusion, malfeasance, and even criminal activity prosecutable at law, as is being prosecuted in some EU countries.

Section 13.1 on page 13 is medical and scientific ‘code’ portending that the HPV vaccine GardasilÂ® is NOT safe:

GARDASIL has not been evaluated for the potential to cause carcinogenicity or genotoxicity.

Furthermore, wiggle room research regarding rats administered GardasilÂ® 3 days prior to cohabitation as cited in 13.1 is total bunko pseudoscience, which has absolutely no bearing on human reproductive capabilities, I contend.

Medicine and science should know that too, I offer. Furthermore, it probably is the manufacturer’s way of getting around trying to address those concerns while they have not done proper studies to conclude long-term carcinogenesis, mutagenesis and impairment of fertility studies—even on rats—I suggest.