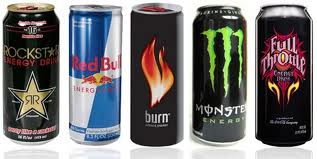 A new study has found that high-caffeine energy drinks can alter your heartbeat and cause more forceful contractions, straining the heart.

This news, while concerning, is not overly surprising. All such chemical-laden beverages come with a host of mystery ingredients and dangerous side-effects.

Popular branded energy drinks packed with caffeine can change the way the heart beats, a new study warns. The study cautions against the over-consumption of such drinks.

For the research, scientists tested the hearts of 17 people an hour after they had an energy drink. During the study the participants were given a drink containing 32mg per 100ml of caffeine and 400mg per 100ml of another chemical, taurine. According to Health Daily, the outcome was that contractions were more forceful after the drink had been consumed.

Energy drinks, as defined by the Soft Drinks Association, are non-alcoholic drinks containing ingredients such as glucose, caffeine or taurine, that provide functional benefits by boosting energy and alertness. The code of practice for high caffeine content soft drinks relates to soft drinks that contain more than 150 mg of caffeine per litre. Such drinks contain about as much caffeine as a cup of coffee.

Commenting on the study, lead researcher Dr Jonas Dorner told the BBC that: "Until now, we haven’t known exactly what effect these energy drinks have on the function of the heart. The amount of caffeine is up to three times higher than in other caffeinated beverages like coffee or cola. There are many side effects known to be associated with a high intake of caffeine, including rapid heart rate, palpitations, rise in blood pressure and, in the most severe cases, seizures or sudden death."