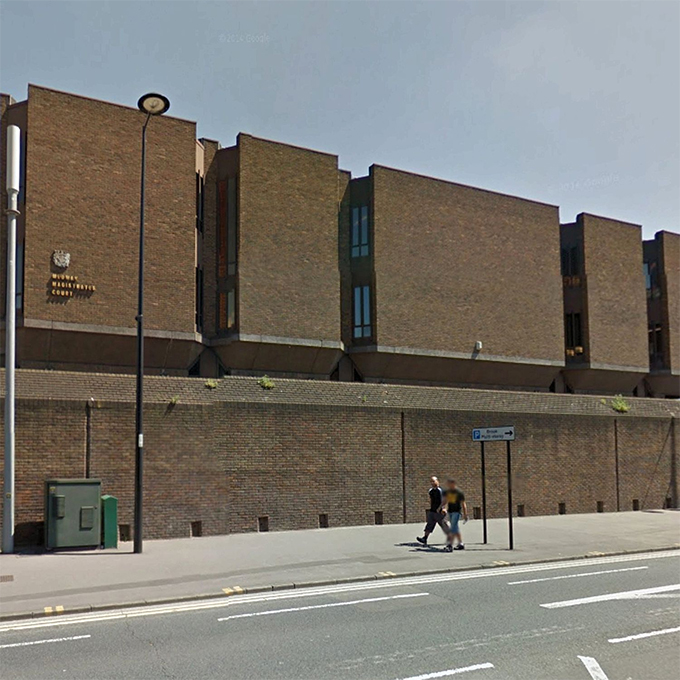 An 18-year-old woman says she was raped by a group of migrant teenagers while staying in a supervised facility in Kent.

The victim claims her attackers were all Syrians who had only recently arrived in the UK.

She says last weekend's horror ordeal lasted a terrifying five hours at the home she was staying in in Gillingham.

The four men arrested have already appeared at a youth court hearing held inside Medway Magistrates (pictured). They were remanded in custody and will appear again on November 20

Her accused attackers had been given accommodation in the same building by the local council.

Four men - who all allege they're under 18 - have been arrested so far, with two charged with raping the vulnerable teen.

A source told The Sun: 'She is deeply distressed.

'The victim thinks there were five attackers. The issue is what were they doing there in the first place?'

The four men arrested have already appeared at a youth court hearing held inside Medway Magistrates.

They were remanded in custody and will appear again on November 20.

Another two men arrested have been released without charge.

Despite claiming that they're teenagers, police are said to believe the alleged attackers to be older than stated.

The European Commission has estimated that roughly one million migrants will have arrived in Europe from the likes of Syria by the end of the year.

That figure is thought to have sky-rocketed again this year.