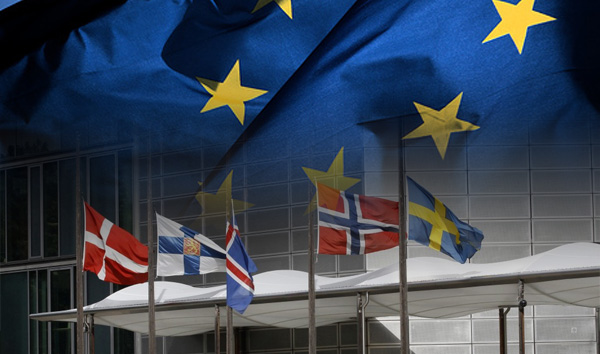 European Union to launch “extremist” early warning system, despite the fact that EU treats legitimate criticism of its own institution as “extremism”

Wasting little time in exploiting the freshly dead bodies of dozens of Norwegian teenagers to push its draconian agenda, the European Union has swiftly announced that it plans to set up an “early warning system” to combat “extremism,” the problem being that the EU treats legitimate criticism of its own corrupt institution as extremist.

“The European Commission is building a security system to issue early warnings on threats of extremism, xenophobia and other forms of radicalism, EC spokesman Michele Cercone said on Tuesday,” reports RIA Novosti.

Ed Comment: Problem-Reaction-Solution. The "system" was set up in 2009 already:
EU Plans Massive Surveillance Panopticon That Would Monitor “Abnormal Behavior”

EU officials also met on Monday in a bid to “curb sales of firearms” to law-abiding citizens, despite the fact that it was Norway’s policy on not allowing police instant access to firearms that contributed to the scale of last week’s attack.

Eurosceptisim is on the rise across the contintent, which is why the neo-liberal elite are busy implying that people who oppose being ruled by an unelected, unaccountable, Soviet-style buearacratic tyranny are in league with Norwegian mass murderer Anders Behring Breivik.

As an example, the fact that Breivik e-mailed the True Finns party hours before him rampage has somehow been offered as proof that the conservative True Finns bear some of the responsibility for the massacre. This would be like blaming John Lennon and Paul McCartney for the Manson family murders.

In reality, the EU’s crass rush to exploit last week’s tragedy has little to do with stopping the next Breivik and a lot to do with stifling criticism of its own institution.

The EU habitually uses the “extremist” label to discredit legitimate political opposition to its agenda, particularly when it wants to silence those who speak out against the EU’s advocacy of mass immigration policies. In 2009, Dutch Freedom Party MP and prominent eurosceptic Geert Wilders was refused entry to Britain because his political opinions were deemed offensive under EU laws.

American talk radio host Michael Savage was banned from entering Britain under the same law in 2009 for making “extremist” comments that were never even specifically identified by the then Labour government. The ban was re-affirmed by the new Conservative-led government two months ago.

Indeed, under the 1999 ruling of the European Court Of Justice (case 274/99), it is illegal to criticize the EU, and the institution is on a mission to marginalize any national political parties that do not pander to the European federal superstate agenda, by smearing them as racist and xenophobic.

As the European Disunion blog notes, opposition to the expansion of a European federal superstate has been characterized as racism and xenophobia.

“It is a logical fallacy to suggest that all those who oppose Britain’s EU membership are ‘racist’ or ‘xenophobic.’ How many times do we have to say it – getting along with other nations and peoples does not equate to being ruled by them. Opposing the EU is, by definition, not racist – for the EU is not a race. It is a political institution. Being racist against the EU is like being racist against NATO or the Scottish National Party – impossible.”

Since EU leaders treat anyone who criticizes the EU itself as racists or extremists, and routinely act to silence their free speech, they should be the last people trusted to oversee an “early warning system” that serves to identify extremist threats.

EU must address rise in xenophobia
From: presstv.ir 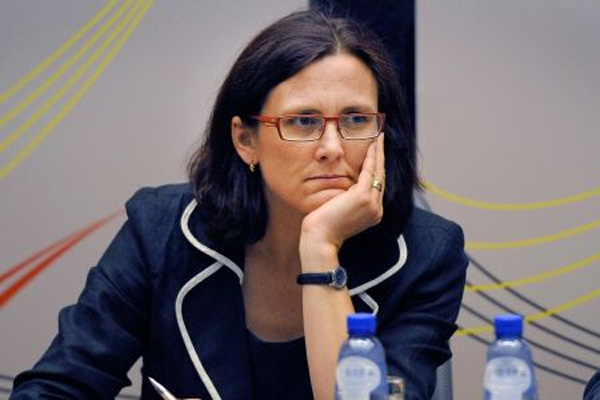 EU Commissioner for Home Affairs Cecilia Malmstroem has criticized European leaders for their inaction over the wave of racial intolerance sweeping across the continent.

Malmstroem said on Monday that there are few leaders who would stand up for the importance of having open and tolerant societies where everybody is welcome.

She made the remarks after reports emerged that the man behind the Norway massacre was linked to anti-Islamic extremist groups.

Malmstroem called the attacker a very disturbed man and expressed regret that some people in Europe have sentiments similar to him.

The Swedish EU official stated that she has repeatedly warned against xenophobic parties in Europe with negative attitudes toward Islam and North African migrants.

She also decried how Rome and Paris handled a recent influx of North African migrants, saying, “From a formal point of view, steps taken by Italian and French authorities have been in compliance with EU law… However, I regret that the spirit of the Schengen rules has not been fully respected,” DPA reported.

On the same day, a gunmen opened fire on members of the youth wing of Norway’s Labor Party on nearby Utoeya Island, killing 68 people.

Islamophobic extremist Anders Behring Breivik has claimed responsibility for both attacks, which left a total of 76 people dead, but the Norwegian police say it is still not clear if he had any accomplices and their detectives are still investigating the case.

It was the worst violence in Norway since World War II, and citizens of the Scandinavian country are still in shock.

Breivik has expressed strong anti-Islam views. He previously said that he had had several discussions with members of the English Defense League, which is a racist and anti-Muslim group based in Britain.