Europe Survived War And Depression: Can She Survive Invasion? 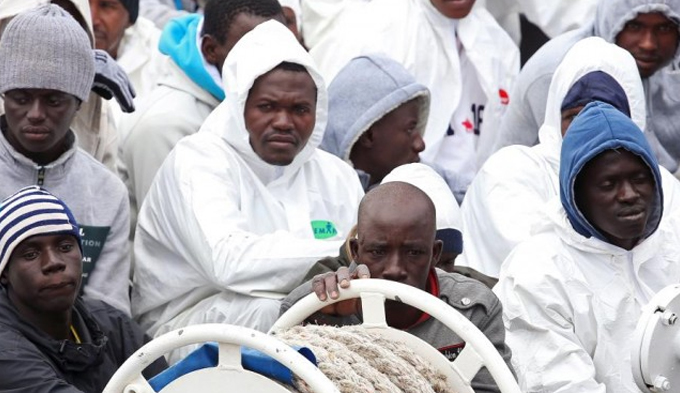 However the Greek crisis ends, whether with Athens leaving the Eurozone, or submitting and accepting austerity at the dictates of its creditors, the European Union appears headed for an existential crisis.

Greece borrowed and spent beyond its means, like New York City in the ’70s, and Detroit, Illinois, and Puerto Rico today. But the crisis of Europe is about more than budget deficits and bad debts.

All the momentum toward One Europe—the dream of the generation of Jean Monnet that drove Europeans toward ever-deeper union—seems to have dissipated. The momentum is now toward separation and dissolution.

The Greek crisis exposed one fault line in the union, the desire of the Mediterranean nations to build welfare states that their economies could not sustain without huge borrowing abroad.

Paying these debts is going to force ever-greater austerity on those nations. Eventually, their peoples may choose, as debtors do, to walk away, rather than pay.

But not only economics imperils the EU. There is the call of tribe and nation that has often before torn the Old Continent apart.

The U.K. Independence Party and National Front in France, both of which want out of the EU, have millions of supporters, and emulators across Europe. These parties appeal to national histories, heroes and cultures, while acolytes of the EU and Eurozone sound like editorials in the Financial Times. Who would fix bayonets for Brussels and the European Commission?

NATO is a shell of what it once was. It is today, a virtual fraternity of freeloaders. With exceptions, like the Poles, Estonians and Turks, European nations have all slashed their defense budgets to beneath two percent of GDP. Angela Merkel is described as the Iron Chancellor for facing down Greece’s Alexis Tsipras, but she seems more like Willy Brandt when talking to Vladimir Putin.

A century ago, after Lloyd George and Clemenceau did their map work in Paris, one could walk from Baghdad to Cairo, turn south, and walk 5,000 miles to Cape Town, without leaving British territory.

Today, Britain and France, the imperial powers of Sykes-Picot, would prefer to have the Americans police the Middle East. Our allies have terrible memories of European wars that produced no comparable gains, and none of them, understandably, wants to fight again.

They have another concern in common. Their continent is being invaded. From the failed states of the sub-Sahara to the war-torn nations of the Mahgreb and Middle East, the Third World is coming to occupy the Mother Continent.

On July 2, The New York Times had several stories on the Greek crisis, but several also on Europe’s immigration crisis.

Some 8,000 trucks were stranded at Calais and Dover, the opposite ends of the Channel Tunnel, as migrants piled onto the vehicles crossing into England. The threatened drivers could do nothing to prevent it.

“Migrants are streaming into Europe from North Africa and the turbulent Middle East,” said the Times, “The European Union has been trying to force countries to share the burden. But the bloc has so far failed to agree on how to do so. In Britain, the issue is particularly charged, and euroskeptic politicians are pushing for the country to leave the union, with immigration a chief complaint.”

Another headline on the same page read, “Russia Sees an Especially Potent Threat in Its Converts to Islam.” The story related the fears of a jihadist uprising within her borders as ethnic Russians convert to militant Islam and join the 15-20 million Muslims inside Russia already, and the two million in Moscow alone.

Russia and Europe have more in common than they realize—the same existential threat.

Another story in the Times, “Europe to Fight Islamic Radicals on Social Media,” reported on jihadist recruitment inside Europe.

A leader of Europol, said the Times, “has estimated that up to 5,000 people from Western Europe have traveled to Syria and Iraq, many to join the Islamic State. British officials believe that at least half of the 500 or so Britons who have done so have already returned home and represent potential threats…”

Europe has survived depression and the worst wars in modern history, though her wounds are terrible and lasting. But can Europe, with native-born populations that are aging, shrinking, and dying, survive a never-ending invasion of Third World peoples that Europe has never assimilated before? Especially when millions of these people profess a militant faith that has historically been alien and hostile to Europe?

The birth dearth in Europe has endured for 40 years. There is no end in sight to the Third World invasion, as the lands of the Middle East and sub-Sahara descend ever more deeply into tribal, sectarian and civil war, and send new millions of refugees streaming toward the Mediterranean coast.

Who or what will stop them? As Gen. Petraeus said on that road to Baghdad: “Tell me how this ends.”