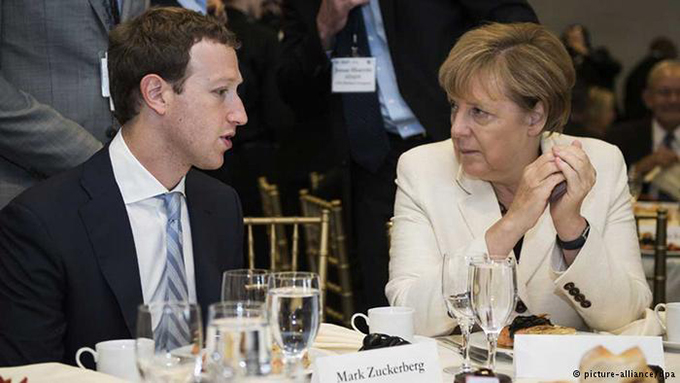 Facebook founder Mark Zuckerberg on Saturday promised German Chancellor Angela Merkel that his company would work on measures to combat racist and hateful comments on the social media platform.

In comments heard over an inadvertently live microphone on the United Nations live stream at a global summit in New York, Merkel asked whether Zuckerberg intended to improve the situation, to which he answered: "Yes."

This comes after German Justice Minister Heiko Maas met with Facebook representatives in Berlin in mid-September following the posting of a number of right-wing extremist and racist comments about refugees.

Maas had expressed bewilderment that photos considered to be indecent were quickly deleted, while hate speech postings were often left on Facebook pages even after users had complained. Merkel had also called on the company to take measures to fight mass incitement.

Among other things, it was agreed at the meeting to form a task force to tackle the problem of hate speech on the Internet.