Nov 7, 2013 Source: pasthorizonspr.com
A University of Manchester lecturer has discovered that the famous first line of English language’s oldest epic poem has been misinterpreted, ever since it was popularised almost 200 years ago. 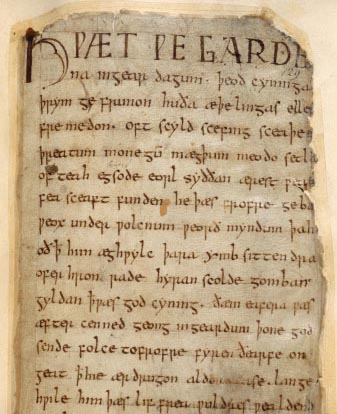 Dr George Walkden, who is a historical linguist, says because translators of the iconic Beowulf have relied on a faulty interpretation of its first word, the meaning of its first sentence must be understood differently.

The poem, in Old English and believed to be written between 1,200 and 1,300 years ago, has captivated poetry lovers ever since it was first published in 1815 by the Scandinavian scholar Grímur Jónsson Thorkelin.

Dr Walkden says the mistake dates back to Jakob Grimm, of Grimm Brothers fame, who wrote in 1837 that hwæt was a ‘pure interjection’.

“Though we are just talking about one word, the true meaning of this iconic line of poetry now has a biographical feel, giving us a sense of how the writer attaches importance to his community’s history,” said Dr Walkden.

“The whole sentence becomes an exclamation – rather than just the first word.

“But fascinatingly, there’s no record of the Anglo-Saxons using exclamation marks, or any other form of punctuation, besides the full stop (or ‘point’) and the occasional semicolon.”

Read the full article at: pasthorizonspr.com
“Beowulf” as Original Audiences Would Have Experienced It