Robert was denied key defence witnesses, including former Scottish Lord Advocate, Elish Angiolini, whose behaviour was fundamentally relevant to the case. The outcome was never in doubt from the start. A thoroughly decent man has been ‘convicted’ for acting thoroughly decently. But the trial proved beyond doubt that there was no police investigation into the allegations of long-term abuse by Hollie Greig or the blatant murder of her uncle.

Robert will be sentenced on February 17th and if it is custodial we need to raise the bloody roof. More than half a million pounds of taxpayers’ money has been spent to protect the low-life of the Scottish establishment in the most expensive breach of the peace case in Scottish history.

But all it has done is further expose them. The inner core of Scottish politics, legal system, law enforcement and judiciary is very, very dark, deeply Satanic, and controlled by the extensive network of secret societies and Satanic covens that connect with the Scottish aristocracy and the House of Windsor.

How long are you going to stand for this, Scotland?

Scottish people get off your knees.

Read the full article at: info-wars.org

In the summer of 2000, Hollie told her mother, Anne, that she had been repeatedly sexually abused by her father, Denis Charles Mackie and brother Greg. The abuse had begun when Hollie was just six years` old. Hollie said that Greg had also been abused by his father.

Anne Greig reported this immediately to the local police station in Aberdeen. During the course of that summer, Hollie, who has Down`s Syndrome, began to provide more names of abusers. It transpired that Denis Mackie had been sharing his daughter with a ring of sexual abusers, which included a serving police officer with the Grampian force, Terry Major and an Aberdeen sheriff, Graeme Buchanan.

Medical and other evidence supported Hollie`s account and Grampian Police accepted the truth of Hollie`s statement. Nonetheless, no action was taken by Grampian Police against the perpetrators and despite Anne Greig`s persistence, the Procurator Fiscal, now Lord Advocate, Elish Angiolini prevented any police action taking place. 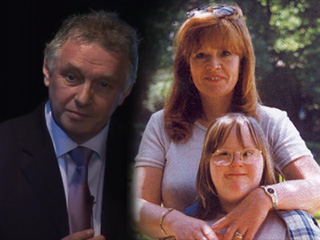 "Don’t miss this important but disturbing two-hour program with Robert Green and Anne Grieg as we discuss the sexual abuse of Anne’s daughter Hollie Greig and how it connects with the Scottish Establishment Peadophile Ring and their efforts to suppress exposure of this case. Robert is the spokes person for Anne and for Hollie Greig who got arrested and gagged not too long ago because of his involvement in this case." 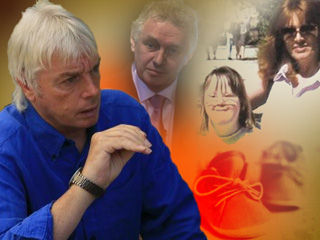 "We follow up on the story of the Scottish establishment pedophilia ring and talk more about the horrifying case of Hollie Greig with David Icke who joins us to connect some of the dots surrounding this and other similar cases around the world. We talk about the world wide spanning satanic network and the connecting pedophile rings that have its tentacles into elite, political and illuminati circles around the world. Why? What is going on? Who are the perpetrators?"